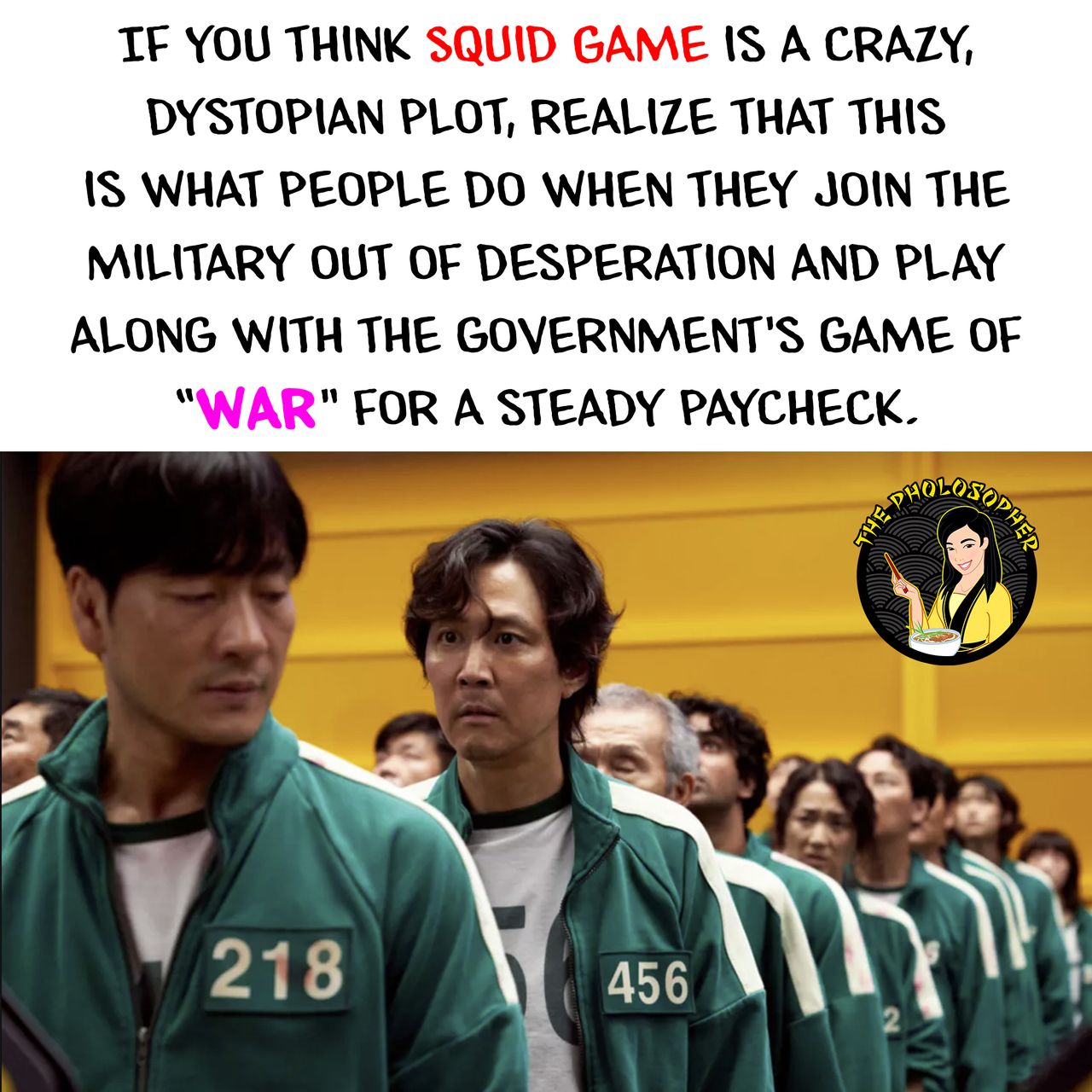 And before people chime in with, "wHaT aBoUt dEfeNsE aGaiNst FoReIn iNvaSiOn," realize that this is the exact same banner under which EVERY government conscripts people to fight. The Chinese government. The North Korean government. The Pakistani government. The U.S. government. The only way for these deadly games to end is for people to no longer give their lives up for the power and entertainment of politicians and kings.