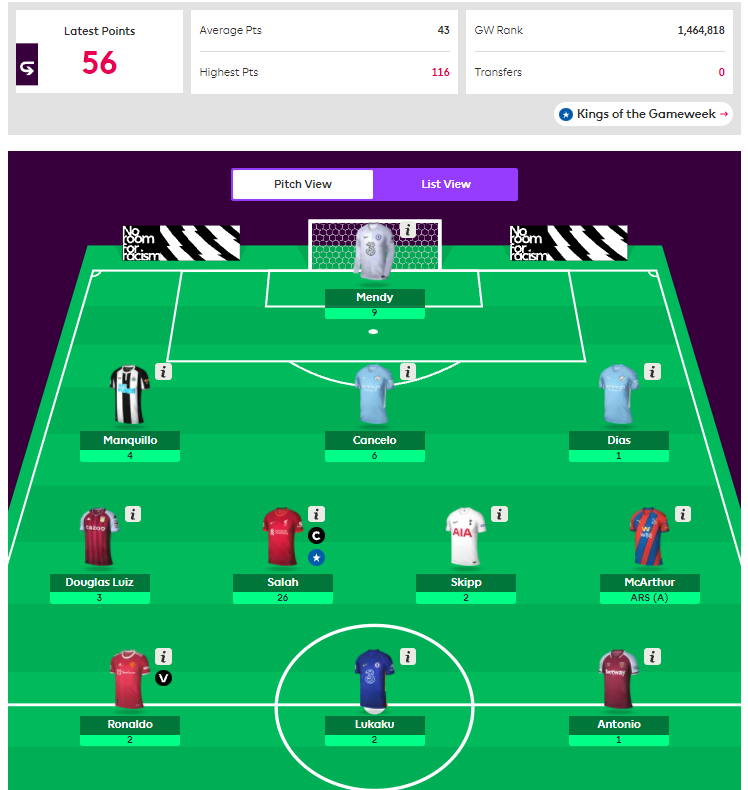 Another disappointing week for the front three and I don't think they have scored a single goal since i reshaped the lineup to include them. Luckily we have Salah in the form of his life and also the defense is picking up some points.

Surprised that Dias didn't start but I suppose that is with the Champion's League game in mind.

Will be interesting for Liverpool with them taking on Atletico Madrid. That's their toughest opponent and will see them face Suarez again.

I will admit that I doubted Salah when he was first signed. Like how would he replace someone like Coutinho or Suarez but boy has he exceeded expectations.

As far as the fantasy team goes, Man Utd are in disarray and it might be best to drop Ronaldo given the fixture list coming up. Playing Liverpool, Man City and Chelsea all in the next 6 games. Could it all come undone or will those players rise to the occasion?

I think it will be the former but we shall see.