The 'Olympic candidacy' of Sergio Ramos 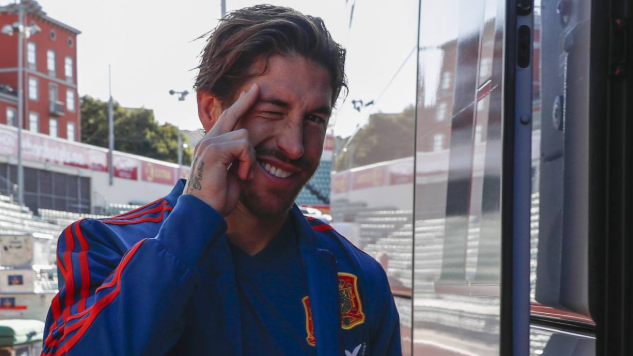 Sergio Ramos was born on March 30, 1986. Rafael Nadal only 63 days later (June 3). That magical year saw the birth of two unique athletes who are joined by something more than their proven Madrid bond. Both have been born to be two referents in their sports. Nadal is in tennis, until he has managed to become the best Spanish athlete of all time. And Sergio Ramos is in football, where he has already been able to win four Champions (the Tenth is due to his imperial header in Lisbon) and to become the Spanish footballer with more internationalities of all time (168). Nadal was already the brilliant champion in the Rio de Janeiro Games. And now the debate arises: Would Sergio deserve to be in Tokyo 2020?

My answer is flat and monosyllabic: Yes. The camero is a guy with charisma, a leader in the locker room and a leader on the pitch. When he is not there, his teammates, fans and his coaches miss him. What has happened in the last five Champions games in which Ramos was low? Well, Madrid slapped the five ... I know that that will precisely encourage the white club to hit its captain to avoid seeing his Olympic dream come true. It is legitimate and even understandable. Madrid plays a lot and if it loses Ramos for the months of July and August, it knows that it will take time to get into the 2020-21 season. But I think that in the offices of the Bernabéu they should see the matter with perspective. If Ramos goes to Tokyo and is the flag bearer at the opening ceremony, all Madrid fans would boast excitedly: "There goes our captain representing all of Spain!" If Sergio also managed to conquer the Olympic gold with the national team, more prestige for Spain ... and for Madrid. With his unlimited ambition, his Stakhovish work and his passion for football, Ramos has earned the right to decide. I am one of those who will fully support his 'Olympic candidacy'. Sergio is a saint and a sign of Spain and Madrid. Let your dreams come true and come back as a hero of the Empire of the Rising Sun. I get his enthusiasm. Sergio, you are unique.