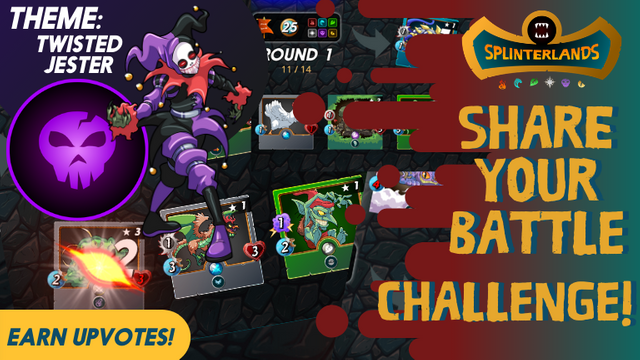 Hi, guys! This is my first time participating in the weekly challenge of @splinterlands, and the card we have to use this week is the Twisted Jester of Death Splinter, one of my favorite, I have to say it. Always that I have my quest with death splinter I use it, everytime, I love it.

You can see some of its stats here, and read its caracteristics.

For this challenge I played 3 battles using the Twisted Jester, I won the 3 of them, and they had different rules. 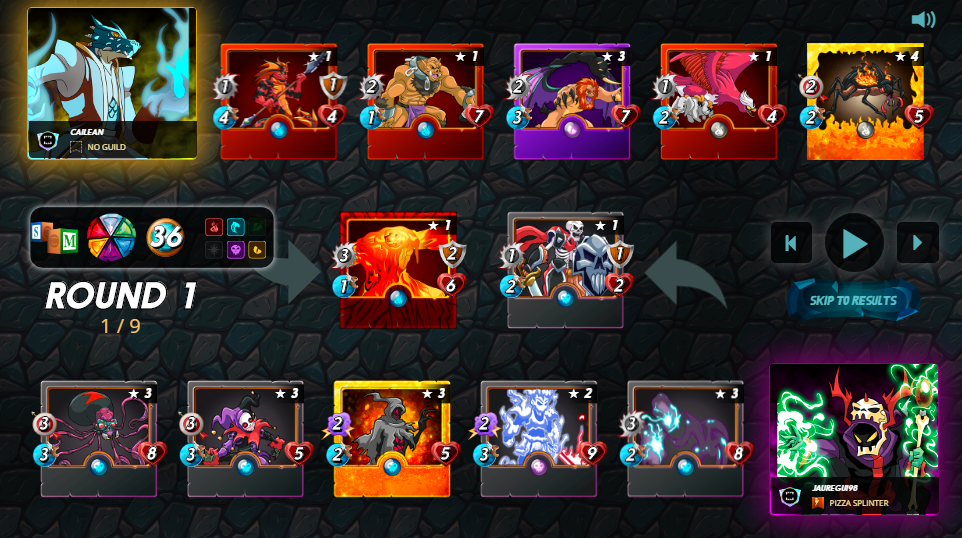 In this one everything was fine, all the monsters have the Knock Out ability, which does double damage when attacking an enemy that is stunned, and the Close Range ability, which allow the ranged monsters to attack in first position, which they usually can't do. 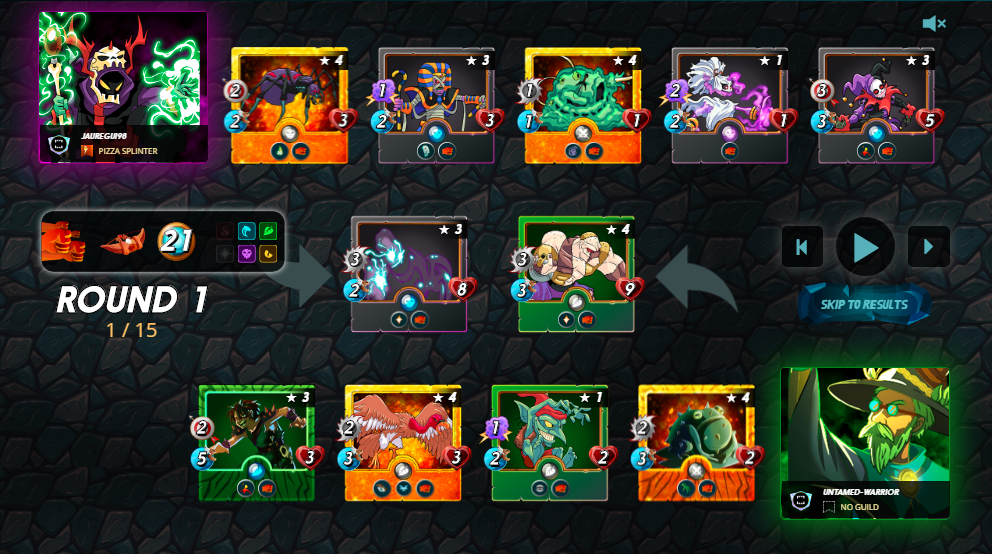 Here's the third battle, all the melee monsters have the sneak ability, so they attack the last monsters, and we coulnd't use monsters with magic attack. Rarely I use Jester in a fourth position, but like all the melee monsters who aren't in first position attacks the last monsters, Jester can be killed to soon, so we have to protect him, when I can I use the Octopider after the Twisted Jester, but this time I used the Goblin Mech after the Octopider, so he can recieve all the melee attacks and protect the monsters. 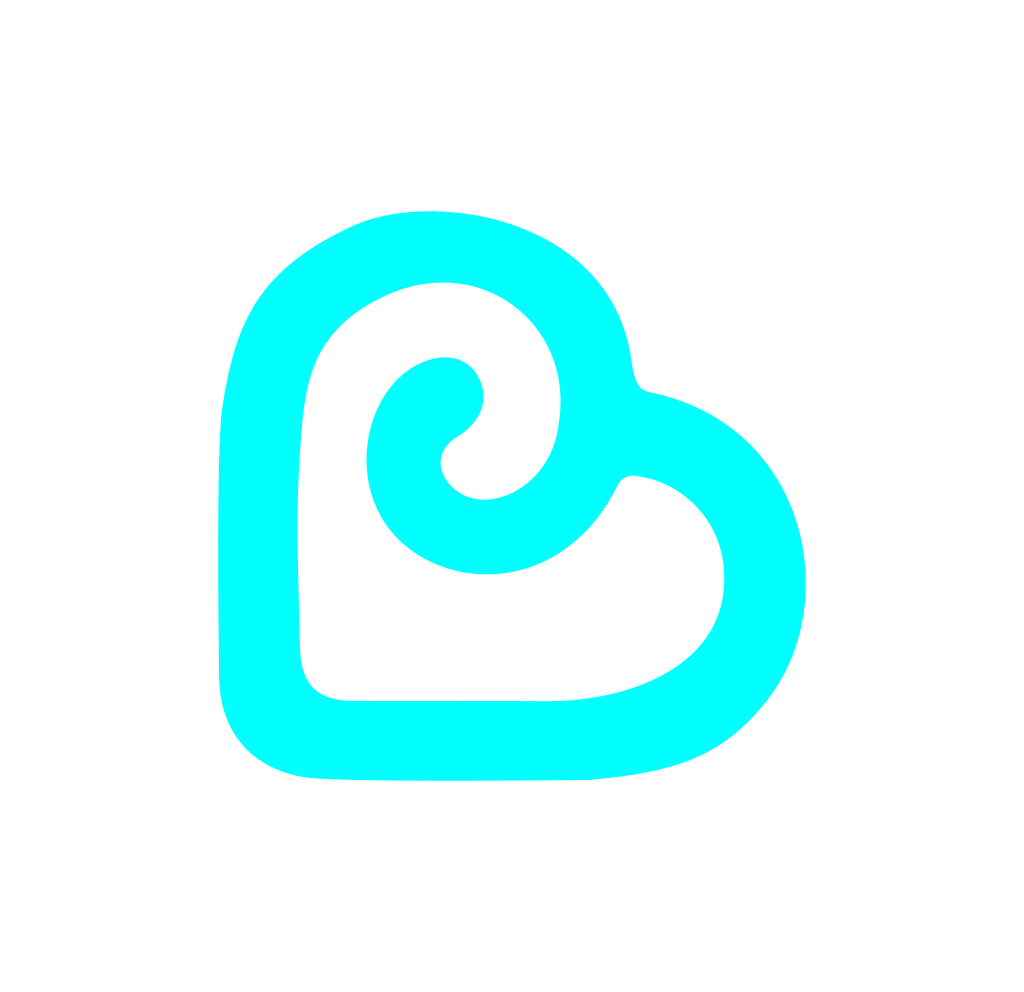 Those were my battles with Twisted Jester!! I hope you learned something new with me, and be shure that I have to learn so much more with you. See you in the next Weekly Challenge!