Taking money from billionaires is not going to solve world hunger. 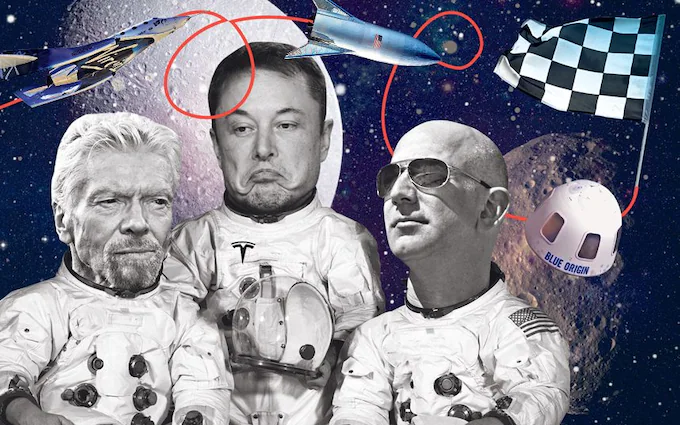 There are times when being needlessly respectful for too long to too many people becomes unethical.

I am saying this honestly with no uncertain words: if you think that this whole narrative that rich people shouldn't be going to space because they could be using that money to solve world hunger, you're not just an idiot, you're dangerously stupid.

The continued suffering in the parts of the world that Mother Theresa was supposed to have "helped" wasn't for lack of money. People gave her and the Catholic Church millions to ease the suffering of people in poverty. She just took the money herself and, instead of providing food and medicine, they bought more golden crucifixes.

I've been in opposition to foreign aide for well more than a decade because, if you poke your head up for five minutes and look around, all of that money has gone into the pockets of dictators. Throwing cash at the malnutrition problem in Calcutta isn't gonna do anything because Calcutta is run like a socialist regime and the government is just gonna take the money and allocate it as it sees fit while operating under the delusion that it knows best.

Taking more money away from Jeff Bezos only funds the delusion that socialism works.

One of the many glaring failures of Marx's philosophy was the idea that capitalism was a system that could be used to create the resources that would one day make socialism and, eventually, communism viable. The problem is that he never accounted for the knowledge problem, how we'd sustain production over time, that you can't just produce abundance and ride that forever. That's when the Holodomor happens.

Even if we could live in the late, great Bill Hicks's fantasy land and we just loaded our drones with fruit rather than missiles and devoted all of that technology, time, labor, energy, and money to firing food at hungry people, how do you ethically defend that?

It's not lost on anyone with a brain that there's significant overlap among people who use this "The rich could be solving world hunger instead of going to space." rhetoric and people using the "White colonialism bad" rhetoric.

Okay, so white colonialism is bad and your solution to world hunger is to make millions of people of color around the world directly and entirely dependent on rich white men? Give yourself a fucking hug. You've solved all of our problems you douche.

No, the most important thing that we can do to end world hunger is to stop pretending that socialism works and stop defending rapacious governments.

We also need to stop pretending that genetically modified foods are bad.

If we could simply pull our heads out of our asses we could save millions of kids every year. But, too many of us are too sold on the fantasy to see the reality.