What is property? Is it defined by consensus?

My thoughts as a consensus witness on the current status of the Steem blockchain.

Edit: Justin Sun has responded to the community and will host a town hall event for top witnesses.

Many say property is defined by the legal jurisdiction you live in controlled by a nation state. Others, myself included, derive property rights from the philosophy of liberty as described here:

I own myself. I own my actions in the present moment which creates property, a representation of myself in the past. Blockchains, to me, provide an opportunity to create a new paradigm for understanding property. It's global, not defined by a monopoly on violence in a geographic region (i.e. nation state).

But how is blockchain property defined? Via consensus. In most PoW consensus blockchains, that means 51% of the hashing power. In DPoS on Steem, that means 2/3 + 1 of the top 20+1 elected witnesses.

There has been a long-standing social contract for how the Steemit stake will be decentralized over time and used to grow the Steem ecosystem. Some examples include:

I have heard from many in the community who feel Ned sold this property without making these points clear. Given the announcements by Tron to move the STEEM token over to Tron, many fear this stake would be used to force this action against the will of consensus and against the original intent of the Steemit stake.

This is a key moment for DPoS. It's easy to step away and let others figure it out, but I was recently a backup witness and put back into consensus when this all started. I posted about Steem not being Steemit and Justin replied to it as his first on-chain post. I've been right in the middle of this, whether I like it or not.

Last year, when the Steemit stake was powered down, I made this clear statement:

I will not implement, support, or condone any hard fork that effects the balances, keys, or security of any accounts on the current chain.

I still stand by that, but I have participated in this temporary soft fork in order to maintain the status quo for now. The witnesses (as of this post) have not had a direct conversation with Justin or the Tron team to better understand how they intend to use their newly acquired property, but we have reached out to start a conversation.

I use that word "property" deliberately. I do see the purchased Steemit stake as property belonging to the person or entity that purchased it. There's a social contract lean of sorts on that property, but it's still property. I've argued against certain aspects of this soft fork (specifically preventing liquid transfer), but I saw the reason why many in the community and among the witnesses wanted to take decisive action to prevent witness voting and further power downs (which, once started, would most likely require a hard fork to change).

So where does that leave us now? I hope the consensus witnesses, whoever they may be, will have a conversation with Justin and the Tron Foundation about how they intend to use their property. The ideal outcome, in my mind, is to replace this temporary code with something more specific to our shared goals as a Steem community now connected with the resources of the Tron community.

As always, as your elected witness, I openly welcome all questions and will do what I can to answer them. 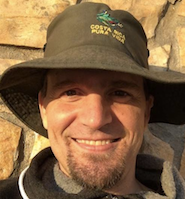 Luke Stokes is the Managing Director for the Foundation for Interwallet Operability as well as the Interim Executive Director for the EOS Foundation. He's passionate about voluntary systems of governance and has been involved in bitcoin since early 2013. He's been a witness for the Steem blockchain since early 2018 and a custodian for eosDAC, a community-owned EOSIO Block Producer and DAC Enabler, since its inception. With a computer science degree from UPENN, he built, bootstrapped and co-founded the shopping cart software company FoxyCart over a ten year period and is now focused on blockchain technology as a means to create a world we all want to live in. He currently lives in Puerto Rico with his wife and three children and enjoys discussing everything from philosophy, to consciousness, to voluntaryism, to love and awakening. lukestokes.info UnderstandingBlockchainFreedom.com fio.foundation eosdac.io