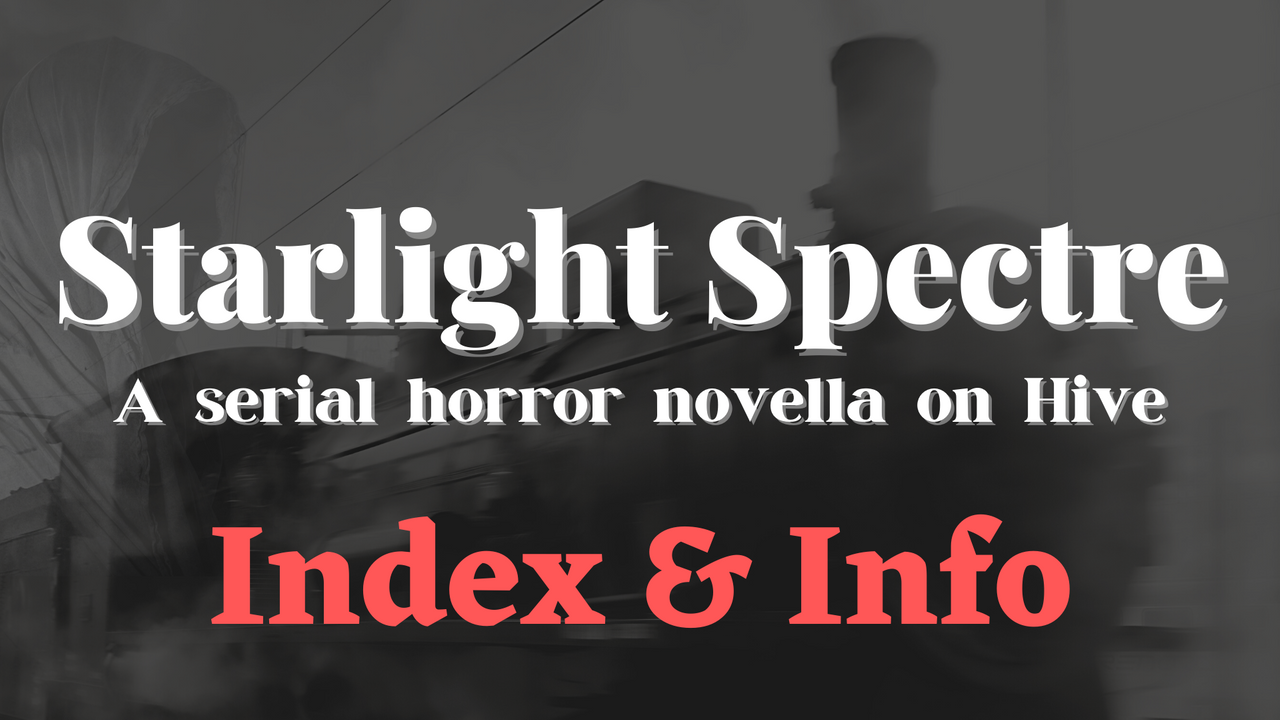 As parts become available, I will link them in the table below. You can also navigate the story from the story posts themselves. More info about Starlight Spectre and its associated giveaways are below this table.

The complete story is also available as an NFT on Polygon. Includes a built-in PDF Reader.
📗 Reg. Edition • 🌟 Collector's Edition

I wrote Starlight Spectre back in 2016, but had never found a good home for it. Then the Scholar and Scribe writing community came along. 😄

To promote the story and the S&S community, I'll run generous, weekly, story-themed giveaways for popular Hive Engine tokens such as PIZZA, DEC, and STARBITS. There will also be a grand prize event to celebrate the conclusion of the story!

A local librarian and his spunky summer fling decide to investigate the origins of a campfire spook story: the mystery of a proud steam engine whose passengers burned alive over a century ago.

But they find that the abandoned tracks aren't as sleepy as they're supposed to be. As a smoky shadow begins to rise, strange obsessions and fragments of the past begin to seep into their lives. Unravelling the fate of the old train is either a ticket to damnation, or the key to escaping it.

📜 ✒️ About the Scholar and Scribe Community

Scholar and Scribe is a new creative writing community founded in the forges of Hive's passionate Pizza Guild. It sets itself part from some of the other writing groups on Hive with its unique dual-token system.

I wanted to give my fiction a home on S&S for a few reasons:

Thank you for reading. If you have any questions about the story, the giveaways, Scholar and Scribe, or anything else feel free to ask! I own the license to all images in this post.
scholarandscribehivepizzanovellahorrorwebserialgiveawaydecstarbits
jfuji63
via ecency
$ 0.03
10
H2
H3
H4
3 columns
2 columns
1 column
7 Comments