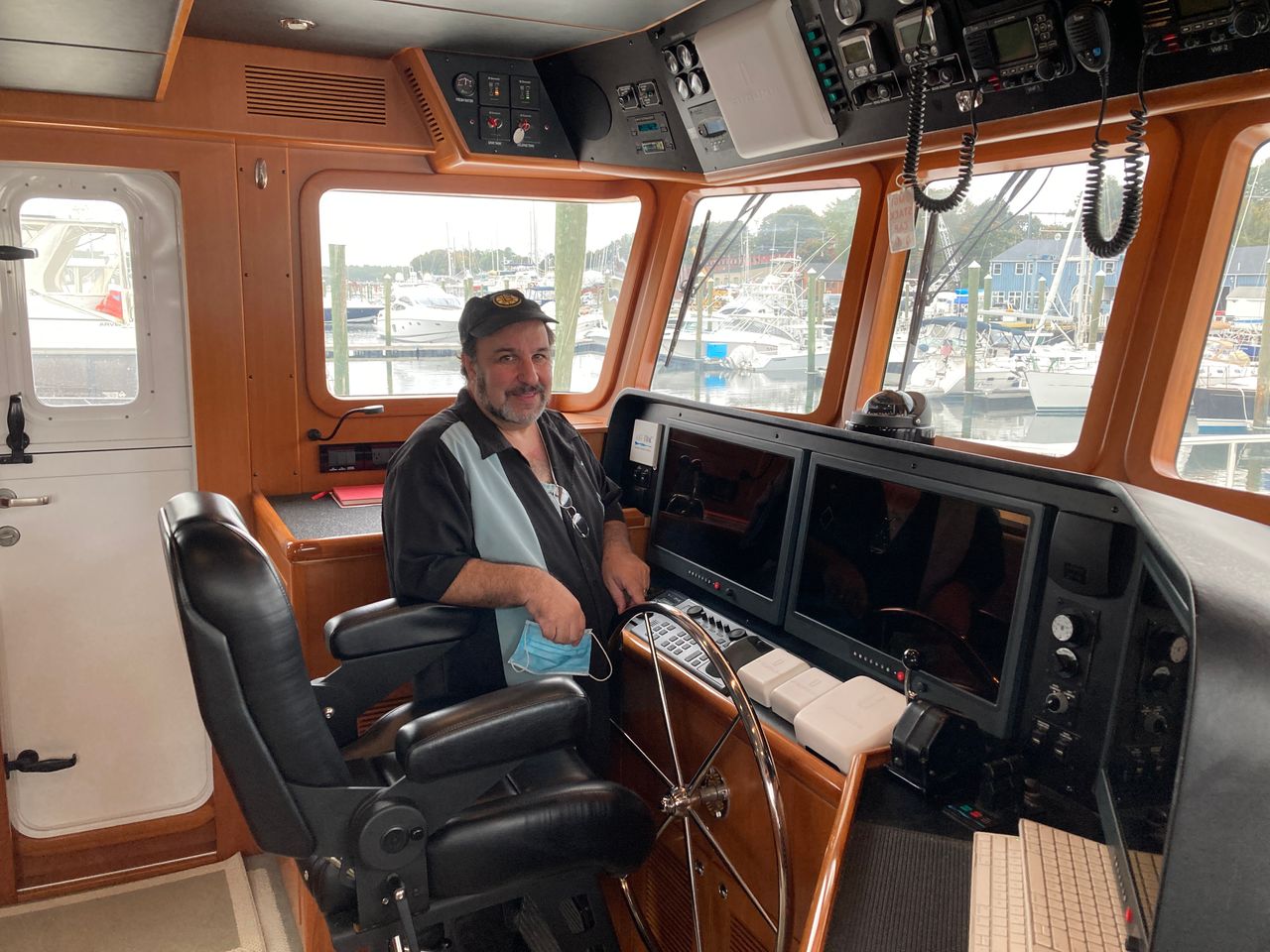 Now
Walking along the dock towards the boat store, in a daze. No idea what was next. Lost, and alone. All alone. I had just finished what was the hardest thing I’ve ever done, and yet, in reality, was the easiest to do. I knocked on a door, asked the guy’s name and handing him 2 photographs.

Then
“Tell me what it is. Tell me this deep dark secret that has you so mad, and let help you feel better.” She looked back into my eyes, and brushed her lips against the tip of my nose, and started crying. We stood for what felt like hours or only minutes, arm in arm, holding each other, who knows how long for sure? Once she stopped her sobbing, her shoulders stopped bouncing in silent tears, too. Eventually even her soft tears stopped. With red-rimmed eyes form crying, she turned to me, and then, slowly, she started to tell me.

“I just got home from a very bad day. One of the worst of my life, and there was my husband, at the kitchen table. Two empty beer cans lying on their side, and another in his hand. He’s never home before me, so, there was clearly something up.”

She sighed, and looked away, again, out the port side windows.
“He said to me, “I can’t do this. I can’t take it any more. I am leaving. Here…” he reaching down into his backpack and handed me a large folder. He stood, looked at me, and walked out the front door, with his backpack.”

I held her, as she started crying again. Her shoulders again hitching up and down. Tears, not waterfalls, simple tears streaming. Through her tears, she continued, “He left me. He filed for divorce.” And then the real tears began. I held on, again. Hoping that my arms helped to comfort her. Hoping that she felt safe, and loved. It took us a while, but after being bottled up inside her, she was finally letting it all out.

After a few more minutes of silently holding her, I pulled back slightly, took her face in my hands, did that thing we do… I brushed my lips on the tip of her nose, smiled and said, “Oh, that’s nothing. We’ll get through this. That’s nothing.” I think even she felt better, until I said,:”There now, Is that all?” Her eyes went wide, her eyes dropped to the floor, her shoulders began bouncing and she started uncontrollably crying out loud.

It took more than an hour to get her calm enough to finish. “I had the worst day of my life, my doctor had just confirmed that I have a tumor, and then, the jerk left me. He simply said, he couldn’t handle it, and left me there…

“We had been talking about my dream, to sail to the Marquesas, sail to South Polynesia, and I knew there wasn’t much more time. I told him, it was time, now, and he shook his head"

“I’m not spending what time we have left, wasting it.” He said with venom.
“Wasting…no. This is my dream, my forever dream… it’s not wasted time… it’s my want dream. My last dream…”
“No” was all he said.

Then
We spent the better part of the next month at sea. One day, in a dead calm sea, she said “Day Off!” And told me to “get my bathing suit on! I’ll meet you topside on the foredeck!” We let the boat drift with the seas, pushing us ever so slowly towards west, and the Marquesas. Almost no swell, almost no current. Barely there winds.

I was on deck, laying out the big cushions we used to sun ourselves, when she came up behind me. I felt her arms around me, and she said, “thank you.” We held each other for a bit, then, lay in the sun. She turned to me, before long, and said, I don’t want to burn.

She reached up and pulled that the strings behind her neck, removing her top, tossed it aside. “I didn’t want get sunscreen on my suit, and ruin it." She handed me the sun screen bottle and lay back closing her eyes.

First, I popped the top with a loud snap. Her eyes flew open, she smiled seeing me stare at her curves. Slowly, her lids shut. I reach out and pulled the strings at her hips, hooked my two thumbs into her suit and slid it down. Her eyes staring at me, not sure what would happen next.

“I didn’t want to ruin your suit bottom, either!” I looked into her eyes, and smiled...

That day was the first of many more… we spent hours on deck, often talking. Many nights, stating at the Southern Cross and the rest of the stars. It was our favorite place for spending time together. Most nights, we spent sleeping in our own cabins, alone, but days, we were together.

Some nights, I could hear her sob. I’d knock and ask I she was OK, or needed to be held. Sometimes she would cherish hugs. Sometimes, she’d apologize and tell me, “I’m sorry… I need some alone time.” No matter how many times I said it, “You never have to apologize to me, ever.” She still did.

How any man could be so selfish around her…? I hated him. I hated what he did to her… how he abandoned her, now of all times. So, I left her alone at nights, unless she made the first move. I would never forget, that loving someone means giving to them, before you give to yourself. Each night of her tears, it ripped a little bit more of my heart.

So, we spent our time together, talking. Holding hands. Laughing at bad stories we told one another. Or Sailing.

Or, me, teaching her to Cook. Although, honestly, for some time, now, she would try, but end up with her watching me cook. She’d sit in the salon and stare at me in the galley, while I narrated my cooking.

Weeks were spent, Exploring islands, and the sea. Each day was an amazing adventure. Each night, kisses, exploring each other, and watching the stars. Right up until that last few weeks.

She was too tired to go back aboard, so we stayed in a small hut near the ocean. Three weeks until the end, she was fine… some headaches, but that’s it. Some days tired, too. Then, she needed to lay down.

The last week, it hurt just to look at the pain in her eyes.

...That last day, I helped her aboard, and we lay on the cushion, once more. She turned to me, held my hand, and thanked me for making her dream come true. I think I loved her, and being so young, had no idea what to do. I held her hand and told her it was my most favorite dream ever, too. That was the last we ever spoke… she passed, some time that day, holding hands in the sun.

I don’t think I’ve cried as much or as long ever.

It took us nine months, of sailing and exploring, mostly, to get from the US, west across the Pacific, to explore Polynesia and around the islands. I met her, and it was 9 wondrous months of sailing to get here... it flew by faster than the rest of my entire life. I found an older surfer, looking to return to the US, and it was longest 5 weeks ever of my, sailing back home. Poor guy, he tried, but I was mostly silent, on the trip home.

About 2 weeks before landing back stateside, I called her dad on the Satellite Phone. It was his boat, and I wanted to keep him in the loop. Once, about a week from the Marina, we talked and he brought up the subject of a crewmate, for when I got back. I was confused, it was his boat… what was he talking about?

Last week
That first photo I gave him, was of her grave, in a cemetery, near a small town outside the Marina, in the Marquesas where we spent the last few weeks of her life.

The other photo? It was a photo of me, from behind, totally bare, my deep dark tanned skin, offset by the whitest off buns. She was facing me, but hidden behind me, clearly as naked as I was, but her charms, hidden from the camera. You could see not a hint of white stripes of her tan lines on her shoulders. And see just the tiniest of a tan line, where a string would attach her bikini bottom across her beautiful hip. She and I were staring at each other, clearly in love… and she was smiling the biggest smile of her life.

“Why did you come here?” He asked me, clearly shaken.
“I needed to thank you.”
Her ex-husband was at a loss for words, “Thank me?”
“Without your abandoning her when she was at her lowest, I would never have had a chance to give the most amazing woman, her last dream.“

Now
I stood in front of my old boss, her dad, and slowly smiled. I was in his office, while he explained that while the boat was in his name, it was hers. And she wanted me to have it. Her only request was for me to take someone aboard, and teach them the Love Of The Sea.

Her dad pressed the button, “Can you get in here, now?” He called her on radio and was sputtering after he stopped talking to the radio. “Never listens to me anyway…” barely audible.

“Little CUB! I’m all packed… let’s go see this boat the boss has been telling me about! I am in your hands, and want to learn all that you can show me!”

This song is one of many nautical themed songs that inspire me, and float around in my head while I am aboard a boat, drifting on the waves