People who are not attracted to trans need a "cure".

Are we returning to the old days of promoting the pseudoscience of "cure" for sexual orientation?

And based on what?

Again based on religious dogma. Specifically dogmas from a cult called Church of Intersectionality, where they use an alternative scientific method called Lysenkoism in which reality is denied in favor of ideological beliefs.

Right now they are mostly targeting lesbians and their distaste for male anatomy, claiming to be hateful when a lesbian doesn't feel attracted to the male anatomy of a person that self identify as female. 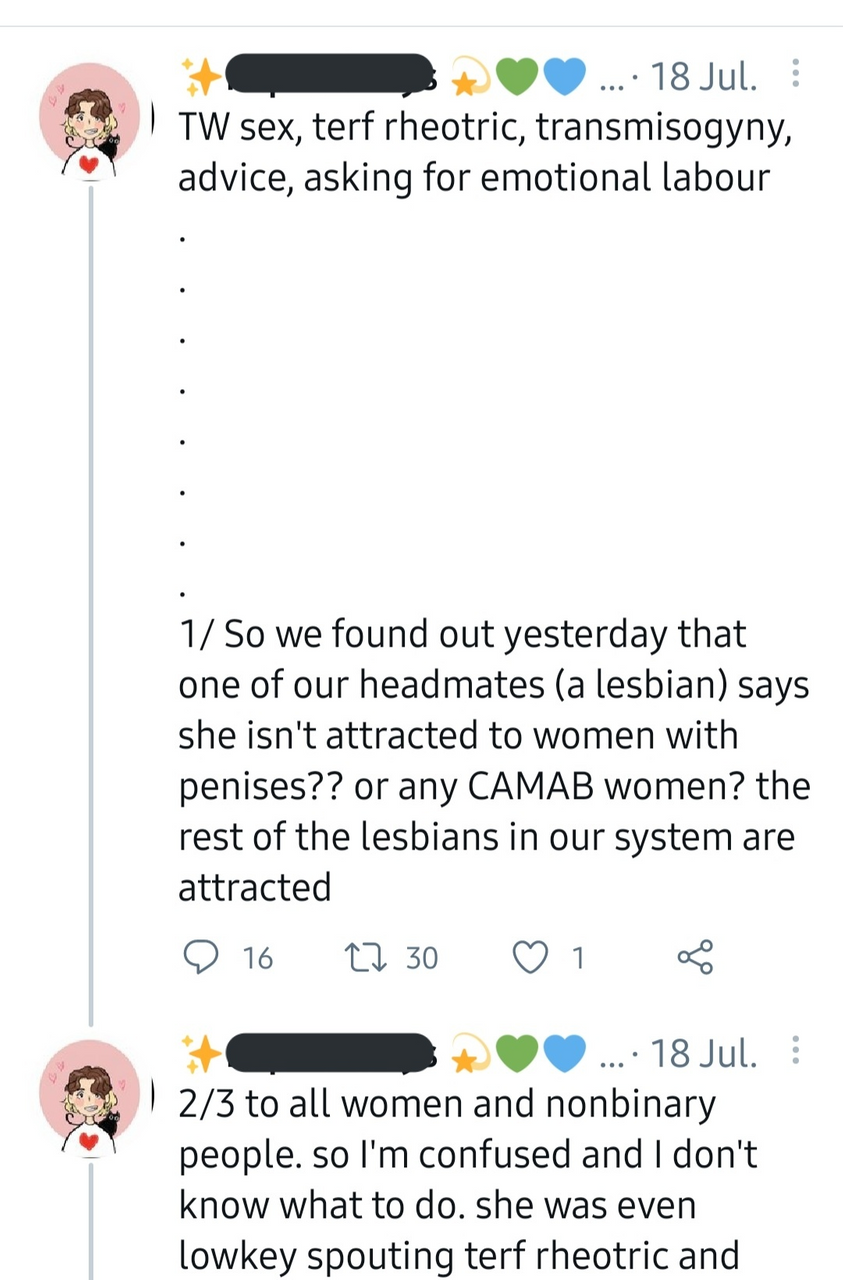 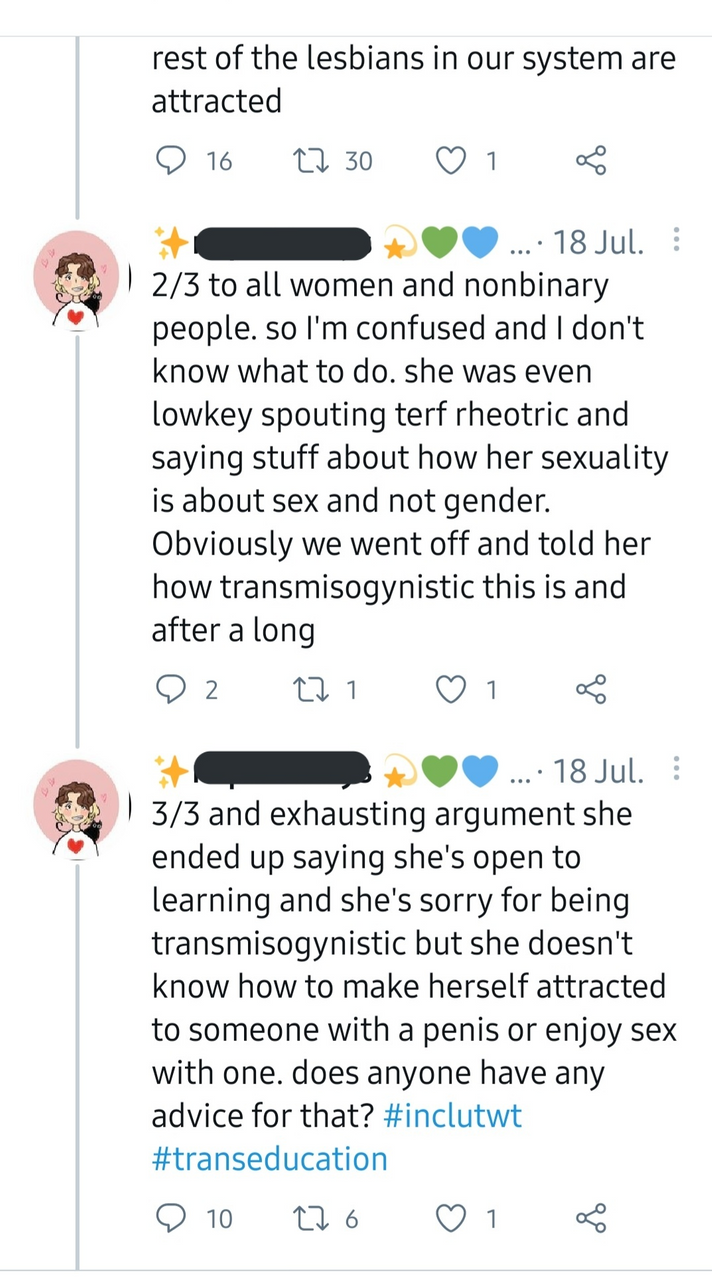 If you have a spare vote...

Vote for me as your Hive Witness