Happy With the Things Going On Hive 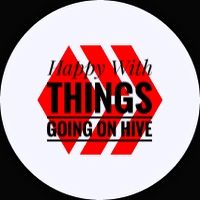 One thing I have noticed on coinmarketcap.com is that Hive has jumped up to number 162 on the list of cryptocurrencies while Steem is on 185.

Not only on the list but Hive price is above the price of Steem as well.

I don't take it as some sort of rivalry etc but as we have started from Steem and now are on Hive. There were times when we sort of were comparing Steem with Hive.

But after joining Hive, and spending some time out here, now I didn't bother to look back at Steem.

Hive has shown some exceptional developments in the form new tribes being launched on the platform. Not a single tribe there are few in numbers with its tokens.

Users love to be on these tribes and earn their respective tokens as an extra income. Where would you get these sort of different earning ways? If you know one, tell us.

Among the tribes of Hive I feel people loving POB the most and probably this is the reason user's involvement has increased by the time. User's urge for POB token has increased and this you can feel from their involvement on the platform.

Another good project is leofinance.io, which has its token leo listed on coinmarketcap.com. I also like to earn some extra Leo tokens as well and show my presence their.

My point is, I am happy with the things going on so far on Hive blockchain and we are pretty much hopefull of its good future.

Who knows it creates some millionaires as well.