Why be so serious? Smile, darn ya, Smile! 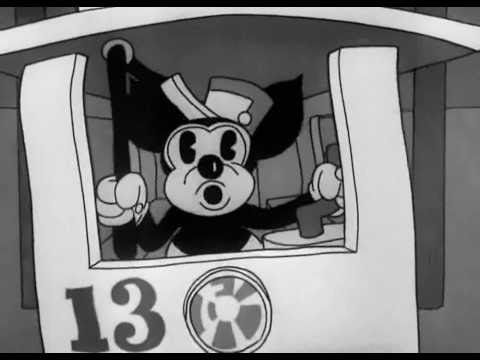 Now that we are so obviously swinging into a Great Depression Redux it seems the appropriate time to redux the sassy and brassy American sense of humour that so bravely sustained the people back in 1931.

So come on, folks! These are the jokes. Yuk it up!

President Joe Biden’s White House set from where he has frequently addressed the nation has been leaving critics cringing at how cheap it looks and wondering why it is needed in the first place.

As Biden spoke to the nation on Wednesday and pushed his ‘Build Back Better’ agenda, viewers became distracted by his surroundings. The president was not sitting in the West Wing, but rather in a set his team constructed for video conferences and interviews.

Biden sat at the desk with the American flag to one side of him and a window that appeared to lead to the White House Rose Garden on the other. One would also assume the garden is blooming at the moment – except it’s a digital projection on the window, which has been changed out in the past, and few found themselves convinced.

“The set was constructed across the street from the actual WH in the Executive Office Building,” Breitbart’s White House correspondent Charlie Spiering explained, only to inspire even more questions about the “bizarre” set…

Smile, darn ya, smile! Joe Biden, POTUS, is doing his presidential doody – addressing the grateful nation, showing off his shoulder muscle for a shot of pretend Covid jab, that sort of thing – not in the real Oval Office but in a set slapped up in the Executive Office Building across the street.

At least that’s where the set is according to the White House correspondent from Breitbart, and RT faithfully reports it.

Wait a minute! Donald Trump is gone but there’s a WH correspondent from Breitbart, that horrid Far Right blog? And the set is so cheaply constructed people can spot that it’s phoney right off the bat? Last January Joe was broadcasting from a much better set near Hollywood. Then there was that January 20 Inauguration partly pre-filmed on a set. And for many days the White House looked deserted. Then Joe was let into the White House, apparently… But was he really?

If he really is the president why doesn’t Joe do his thing in the actual White House? They can’t even let him pose in the real Oval Office? He’d be in the way of people who are actually running the White House?

If he were broadcasting from the real WH there’d have to be major coverage by CBS, NBC, CNN, Fox etc. not just Breitbart. (What? Breitbart?) And that might mean they’d get some footage of him walking in the corridors, moving around, being an actual human, and everybody would see how doddery, confused and demented he really is? And then he’d sit down at the desk and do the broadcast live, one take only, and he’d dodder and zone out and generally be so pathetic you’d want to cry if you weren’t so insulted.

Whereas if they use a set they can just prop him up, video the thing with however many takes may be needed as Joe stumbles through his lines and then post-production can pretty it up. Is that what the joke is?

What kind of production setup do they have? Can they do those snazzy things they could do in Hollywood? That Burbank set is where they shoot all those features like Olympus Has Fallen and Clear and Present Danger, stuff like that. They probably have really sophisticated digital wizardry so that they can dispense with a real president entirely. I bet if they filmed it in Hollywood they wouldn’t even need Joe to be there at all. They could just get a mime in a green suit to fake the body, motion capture his movements and in post they could just slap digital makeup and costume on the image and use computer archives of Joe’s voice to say anything they want him to say without the real Joe stuttering and losing his train like the demented wreck he really is.

Whatever the case, we sure can get more than a few laughs to distract us from the disastrous management of the government by whoever in hell is really running it. What they are doing, whoever they are, is a travesty and they may be snickering about it. But to the American people it’s not funny, it’s weird and cruel.

Digital Joe demands that every single American from the age of 12 on up get jabbed with Pfizer’s or Moderna’s or J&J’s “vaccine”, meanwhile the number of injected people who have suffered serious and perhaps permanent disability from these injections mounts up and up into the hundreds of thousands and among these have been at least tens of thousands of deaths. Latest news is that Sweden has suspended the jabbing because the jabs cause myocarditis and other heart problems especially in young males 12 to 25. Let’s not even think about the first trimester miscarriages and still births experienced by the pregnant women who were pressured into getting injected. But Joe the digital dummy “mandates” this deadly rollout.

But not for everybody.

There are some Americans exempted from the “No Jab, No Job” mandate. All of Congress, both Houses and all staff are exempt. So are 6,000 White House staff. So are 2,500 Pfizer employees and 1,500 Moderna employees and 12,000 Johnson & Johnson employees. And 2 million illegal migrants are also exempted. But here’s the punch line: 500,000 homeless people are also exempted, the majority in California. You’d almost wonder if the people running Washington know very well that these injections are deadly poison and want to save their staff and political dummies and future Democrat voters while they cull all those Red state Trump voters quick before 2024 comes knocking.

Awe nuts! Let’s all forget it and have a good laugh.