Why I've been powering down

For the past few weeks, I've been powering down my Hivepower. In other projects this would be known as "unstaking".

I'd like to share my reasoning and why I'm doing it because without this community & project, the stake wouldn't exist and I'm really grateful for that!

The past few years of bear market were rough. When I came to Steem in August 2017, the price was around 1 USD and some months later it even went up to 7$. This created unrealistic expectations, and it was a brutal experience to have the price fall down to the 10 cents mark and stay there for years on end.

Anyway, only recently due to the BTC bull-run HIVE price made some digits - sadly far less than many other altcoins, but still a solid amount. 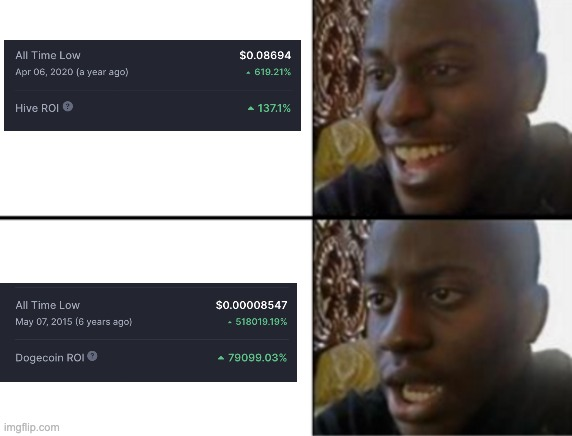 With nearly any other cryptocurrency, if you want to sell, you can sell. Maybe there's a small delay or a "threshold" due to gas fees, but if you think the market as a whole is getting hot, the Koreans are pumping it to insane heights or you just need some liquidity, taking profits might be smart.

But why make it easy, when it can be difficult, amirite? 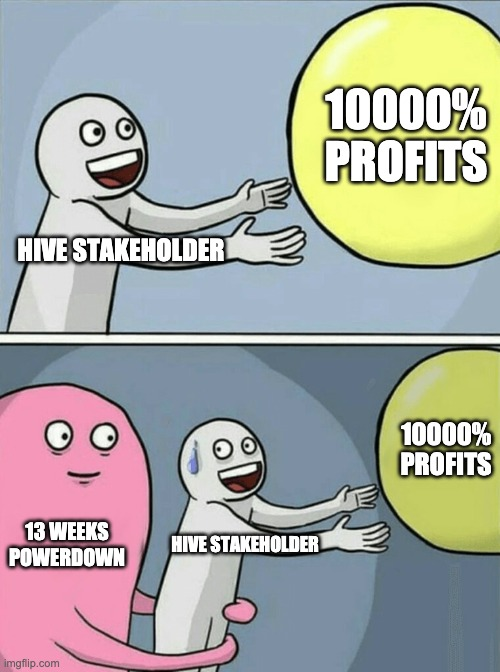 Of course, HIVE as a currency can also be sold instantly, just in liquid form - as long as it's not powered up.

And that's basically the main reason I'm powering down: the 13 weeks are far too long.

Now, I've been mentioning this problem over and over again, hoping that it gets solved. Even 4 weeks are too long, but still much better than 13 weeks. (Kudos to @thecryptodrive for proposing it initially).

But since no consensus is close to being reached and even HF25 won't include a reduced power-down period, I'm going liquid.

Bear markets are the best times to go full-on staking, but bull-markets with 13 weeks power-down and 10%+ APY with required voting participating or delegation (doesn't work with parallel powerdown) or auto-voting (which destroys the purpose of PoB? No thanks.

I'm not selling everything. I've taken some profits of course.

But I'll continue to sell some more here and there, as I'm getting weird vibes from the current market situation. Many scammy projects (SAFEMOON, SHIB, [ENTER_COPY_PASTE_DEFI_OR_NFT_PROJECT_HERE]) and seemingly people are more bullish than ever (especially very fresh retail ppl), even though most coins have 3x or more their 2017/2018 ATH.

If a potential drawback/dump were to happen, HIVE wouldn't be exempt.

And sure, sentiments are still generally strong and everyone has a different risk level, but 2018/2019/2020 gave me some good lessons.

Besides that, not much has changed. The project I've been working on will still utilize Hive for some cool features. And if stakeholders decide so, I'll continue to produce blocks as a witness.