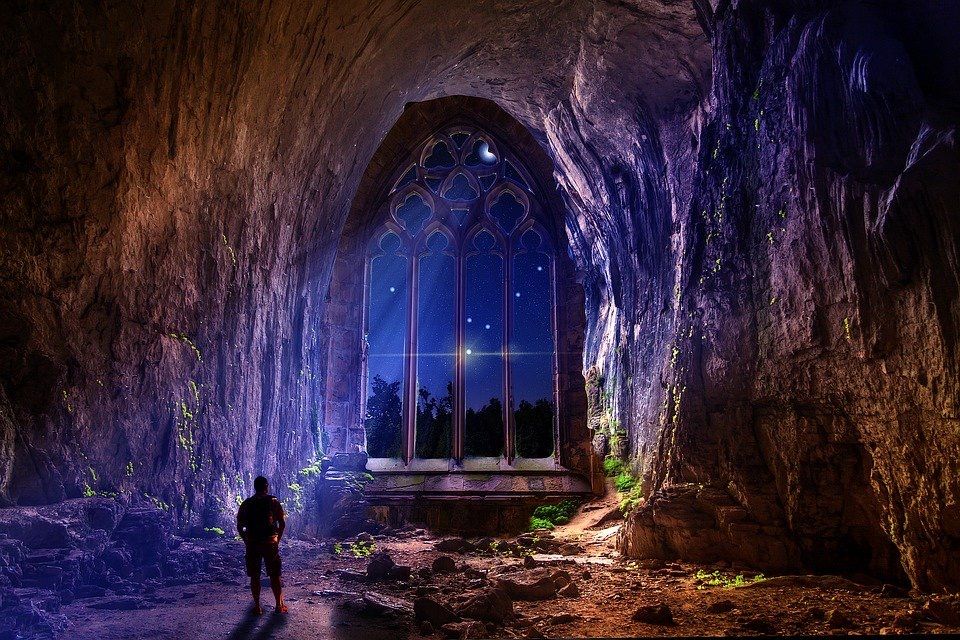 “I was sure I would find you up here. You are always bathed in cold but you keep coming up here. What is it that you seek for?” Nilan looked at me with her brows furrowed in concern while she wrapped a cover around me.

I looked down at her. She was a feet shorter and hated it when I looked at her that way. “But you are up as early and only draped in your turag yourself”. We exchanged faint smiles that swept deeper emotions through our souls. My sister and I shared a very special bond words couldn't describe.

We both stared at the clouds of fog forming peaks of blankets over the thatch of our huts. It was only dawn and the entire village was still asleep. “I need to put a meaning to my dreams. It is almost like they hunt me now more than ever. Surely there must be something i’d find in there”. I spoke to Nilan without shifting my gaze from the village below. “Look! This can't be all there is to living. We are enclosed by these mountains so secluded from whatever is out there. Don't you want to know what lies beyond our village Utuyum and what's in that gulum? There may be others too.

“Are you crazy Dara? You cannot go in there. The gulum is forbidden to anyone other than the keeper of our history. Let it be Dara. After all, you will be mother’s successor as the next keeper. You are Miha the 100th, besides, we already know that our ancestors settled here generations ago and made a home around the gulum”. Nilan looked bewildered. She turned me to face her and put her hands on my shoulders trying to conjure reason from me.

“Then why do I keep having those dreams? The strangely dressed people, the gulum wide open and the flames that keeps emanating from this pendant everytime I open it? I need to fix the pieces together and going in there is the only way. I have made up my mind and I'm ready for whatever comes after”. I rubbed the heart-shaped pendant attached to my necklace. It was a gift from my mother as her successor.

It was said that it belonged to the first woman to ever set foot in Utuyum. Mother always said that our land was the end of afflictions and the great beginning for all of our kind. However, I was yet to see any other kind around here.

Gently, I put down Nilan’s hands from my shoulders and headed towards the gulum. The gulum was a huge metal object shaped like an egg. It was the sacred worship place of the utuyum people and only the keeper had access to its insides.

I stood in front of the entrance breathing heavily. I wasn't sure of what I would find but I knew I'd find some answers. Carefully I unlocked the doors and went in. Nilan couldn't stop me at this point. She held her hands tightly to her chest as I walked in.

Inside was warm and stiff. I could see many compartments and seats arranged systematically. There were many strange things I had never seen before and I lacked the words to describe them. I found another door. Inside it was gruesomely dark. I could partially see a carved pumpkin. Like the types we made to light our path at night in the village.

I quickly reached for my pendant and used the fire to light the pumpkin. In an instant, the entire room glowed revealing a huge pathway right in front of me. The light flickered as I felt a strong pull into the path.

“There is a signal! It's coming from the portal keep the pathway open!” That was the last thing I heard before falling into a deep sleep. Waking up, I was stunned. I saw the same group of strangers from my dream. All dressed in outfits so unusual from our turag. They spoke the same language but it sounded more refined than ours. They were examining me as though they had seen a ghost.

“Who are you and where are you from?” A very beautiful woman with the most perfect set of eyes I had ever seen approached me. I thought she had a slender nose like my great-grandmother.

“I am Miha the 100th and I come from Utuyum. Who are you people and where am I? Why is everything so strange and different?” I spoke with fear while trying to sound courageous. My hunch was right after all. There was life outside of our village.

“Well, I am Miha too and we are the ‘alpha crew’ and our mission has been to determine the possibility of life in the future. Earth isn't safe anymore ever since the Trazid-vaccine in 2020. Everyone who took it started going haywire. Some sort of genetic mutation. Short story, we figured a way to control the declining population with Operation-sweep - an exercise that spread the cure by air. However, this left the earth awfully polluted.

“The air beyond this station is contaminated. My team and I have been building that portal into the future for a while now. We are just as overwhelmed to see a human come through.” she led me to an opening. “This is ‘Rodex’ our travel ship. I will be leading our team for our first ever time travel. We need to ascertain how habitable the future will be for mankind. But...”

“Rodex? I don't understand anything you say but this is gulum, utuyum’s sacred place and that's exactly my pendant you've got around your neck”. I cut her before she could say anything more.

“You can't possibly have that. This was custom made and one of it's kind given to me by my father”. She paused for a moment seeming a bit confused and amazed. “ where did you get it from?” she asked acting calm this time.

“It belonged to the first woman to ever step into Utuyum, our very first ancestors. Well at least that's what our history says. I walked into the gulum to find out the truth for myself”. I replied.

“Well if it doesn't sound crazy to you, that pendant could be mine after all. I am to lead my crew into the future and you are probably from there. Right here, you are yet to happen but here you are. This is all the proof we need. You are the hope of existence, a continuity of life”. She smiled and leaped in amusement.

“If I even understand everything that you have said, then that makes you Miha the 1st, my ancestor!” I said eyes wide open.