El Salvador, the crypto threat that must be stopped by Karupanocitizen

I do not usually write about political issues because I respect the ideological position of each person, and I hate polemics on issues in which it is almost impossible to achieve consensus, so this will not be the case either, however, as many of you will know, before During and after Nayib Bukele, president of El Salvador, proposed and then got the approval of the Bitcoin Law, many events have occurred, which I believe could forever change the balance of world financial power, all because of cryptocurrencies. I would like you to join me in this critical analysis of the current situation in El Salvador and review where the problem that the Salvadoran people currently face originates from and why that experience has such a profound impact within the cryptographic environment.

Before going fully into the analysis of the underlying issue, it is important to place ourselves in the context of who Nayib Bukelele is and what motivated him to promote a law to impose Bitcoin as legal tender in El Salvador. Born into a family of Palestinian origin, Bukele based his political platform on the younger generations of the country, his proposal for change was based on seeking the modernization of the economic structure of El Salvador. At the age of 37, Bukele was elected as the youngest president in America, his political banner has always been the fight against corruption, in all its forms, he has been accused by his detractors of authoritarian and disrespectful of government institutions.

Despite having declared his admiration for the development and progress of countries such as Canada, Germany, the United Kingdom, and even the United States, when questioned about the way he handled politics in his country, he asked for respect and made it clear that he would not be carried away by external pressures. He wants to be a progressive president and do things his way.

Dependence on the dollar, the evil of El Salvador

Until September 7, 2021, the only legal currency in El Salvador was the US dollar, according to calculations by its finance offices, 25% of the country's income comes from money remittances sent by the almost 3 million Salvadorans in the United States of America (its current population is just over 6,500,000)

Despite the agricultural, industrial, and service development experienced by the Caribbean country, the truth is that its economy depends on trade relations with countries such as Panama, Mexico and mainly with the United States, in all cases in a situation of inferiority concerning the rest, hence a change is required that allows it not only to break its commercial dependence but to further diversify its economy and attract foreign investment and collaboration.

The fear of crypto

Since the idea of ​​the Salvadoran president was known, many have been the voices that have spoken against the non-application of the Bitcoin Law, but none with such insistence and weight, like that of the International Monetary Fund and the World Bank. In addition to such important financial entities, opponents of the media argue the unconstitutionality of the Bitcoin Law, the lack of clarity in the prevention of money or asset laundering, the tax burden that costs in infrastructure and operation will entail, but above all the political and economic instability of the country, a great wave of fear generated by a single word: Bitcoin. Speaking in financial terms, fear is logical, anchoring the country's trade relations to a monetary exchange pattern with the volatility of Bitcoin is an extremely risky bet, but we must also take into account that we continue to depend on a foreign currency, whose monetary policy escaping from Salvadoran control is not an option for a country seeking financial independence.

In my opinion, Buekele's bet is quite risky and I think it could have been avoided by creating stable coins backed not only with bitcoins but also with other cryptocurrencies, taking as a reference the investment models created by the De Fi, this would have transferred the losses and also profits, due to the fluctuations of cryptocurrencies, to the Salvadoran government and at least it would have created in society the feeling of economic stability that is so much needed, to create a climate of social tranquility. In addition, the use of smart contracts would have guaranteed the transparency and self-regulation of the value of said stablecoin, also generating confidence in foreign investors, especially those who understand and trust the blockchain environment. 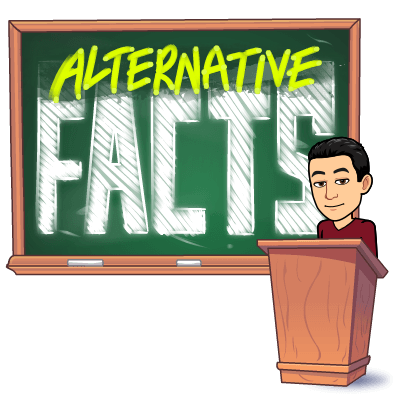 It must also be borne in mind that there is no small thing that is played with the bet of El Salvador, if the adoption of Bitcoin ends up being a success for Bukele, it would be sending a clear message to the peoples of the world that depend on the dollar, to break that dependence, which would probably cause a loss in the value of that currency, a deterioration of the North American economy and would also promote the generalization in the use of cryptocurrencies. In this scenario, the big losers would be the current global centralized financial systems, with the dollar as its reference currency, while the current crypto market would be strengthened.

I would like to know your opinion regarding such an interesting topic, do you think the great world financial interests may have inflated the offer of BTC to pressure its decline in value? Do you consider Bukele's strategy to be right or wrong? Is your opinion on the reasons that motivate the current protests of some sectors of the people of El Salvador? I hope to read you in the comment box.