One thousand in two comma five

My first ever gif created in Canva

Two months into 2021 and the third is rapidly approaching. As is the third Power Up Day of the year. For me, on the blockchain, and this year and particularly in the last week, I hit two milestones. I announced them in this tweet: 800 posts, and 4,000 HP.

More important, in some ways, is how my account has grown since I powered up in December 2020, and I wrote about my 3k HP journey never thinking that in just over two and a half months, my account would grow by a massive one thousand HP - just over 13HP a day. For me, that is huge. This means, that if I continue in the same vein, I could reach Dolphin status during the course of May 2021 rather than September as I had initially anticipated.

How have I done it?

Firstly, and importantly, for those folk who feel pressurised into using hard-earned fiat to buy Hive, I did not. I have, occasionally, and only once since the pandemic struck, used my liquid HBD to buy Hive. Every little bit of HP in my account is the result of my efforts in and around the Hive.

Secondly, I took advice from people I trust on the blockchain and secondly, I worked. I walked my own talk - especially in the last three months. Diligently. I summarised my strategy here, but it's worth repeating:

Is my strategy going to change?

The honest answer? I'd like to continue as I have, but I have to be realistic. I am, happily, much more occupied with work that is (and will be) earning me a regular income. If I can keep up my now customary post between 5 and 6 am, then I shall. If I can devote some of my down time over the weekends to writing, I shall. I am not sure we'll be doing Sunday Suppers again. For a while. If ever.

As an aside
Those Hiveans who have said they'd like to "do" a Sunday Supper @ The Sandbag House, I'll give you the same answer as I give locals who ask: Covid permitting, with enough warning and a minimum of four diners, we'll host you in a heartbeat. We loved that nearly three year journey. I, more than The Husband. Although with hindsight, his view is a lot more rosy....

Back to the real question, I do anticipate that my level of engagement and posting - because of demands from my new gig - may drop off. For a little while, at least, and as things settle. However, I have no intention of abandoning either the blockchain, my blogpals or my commitment to Hive Power Up Day. It was this initiative, originally started by @streetstyle, that really made me begin to pay "proper" attention to what I was doing. That @traciyork, along with @victoriabsb and @hivebuzz, has taken to another level is testimony to the foundation he laid. Eighteen months ago, I'd never have imagined that I'd be sponsoring prizes. But here I am.

Oh, and here are links to the various announcements -

Which brings me to -

If you've followed my #HivePUD delegation attempts, you'll be familiar with the oft-used expression slim pickings. You're probably also familiar with that expression often attributed to Einstein that repeating the same action and expecting a different outcome is nothing short of insanity. Or words to that effect...

I am, therefore changing two of the criteria, bearing in mind that my intention is to support people who, like me, have only their own efforts to invest in Hive.

What stays the same

That the base criteria are the same as set out in Traci's post, does not change.

As a reminder, the reason I added the second criterion is because -

Hive is a social blockchain: it's for socialising, ruminating and just generally hanging out.

What is Hive Power Up Day?

If you've been stuck somewhere in a cell in the Hive for the last while, or you're a recently arrived redfish, here's a reminder and mostly in Traci's own words -

To qualify for prizes

Your reputation must be above 39 and below 70.
Your total Hive Power (before the 1st) must be more than 100 and less than 8000.
You must power up at least 10 Hive on March 1st.
You must write a post about your power up on March 1st with the tag #HivePUD (International) or #HPUD (Spanish).

In search of English writing, research and editing services, look no further: I will help you with
writing - emails and reports, academic and white papers formal grammar, spelling and punctuation more information here 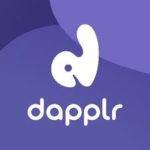