Splinterlands is having some great time lately with a lot of things happening, and overall numbers going up. Let’s take a look at the latest data. 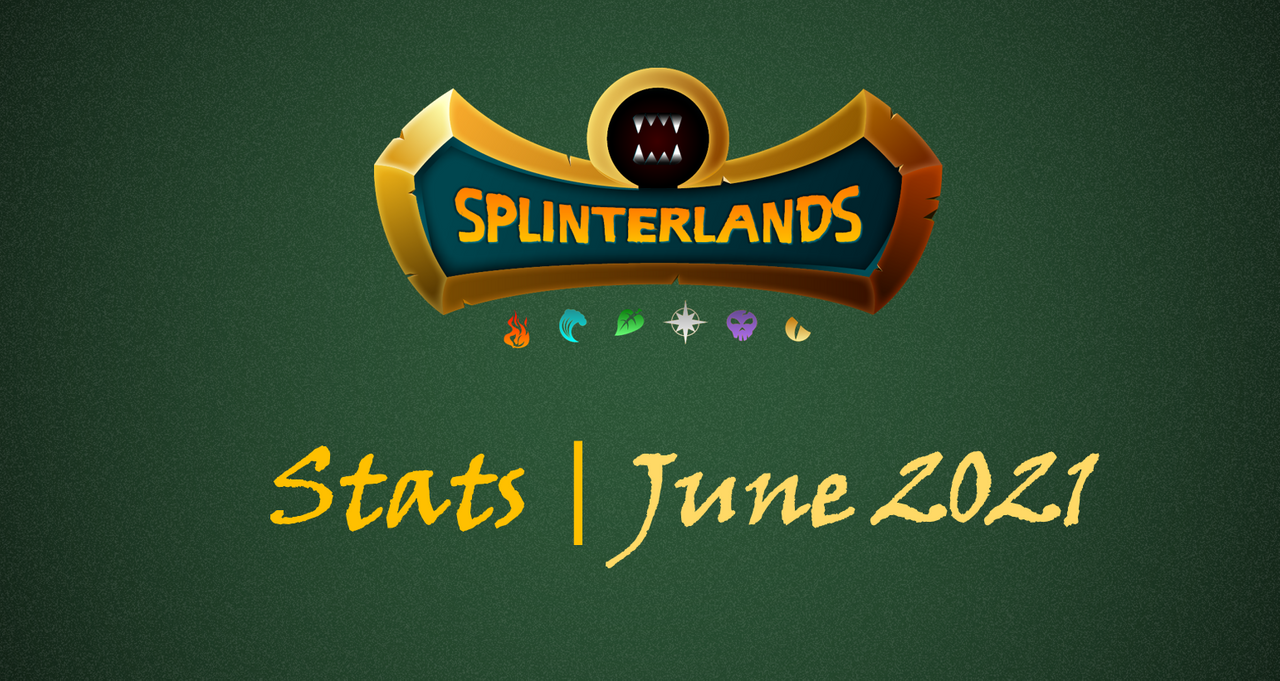 The land presale and sale is now over, the untamed collection is sold out, land should go live soon, but maybe one of the most interesting thing is an upcoming airdrop for a new governance token called SPS. There have been some partnerships and new onboarding initiative as well.

Here is the chart of the daily numbers of games played for the period. 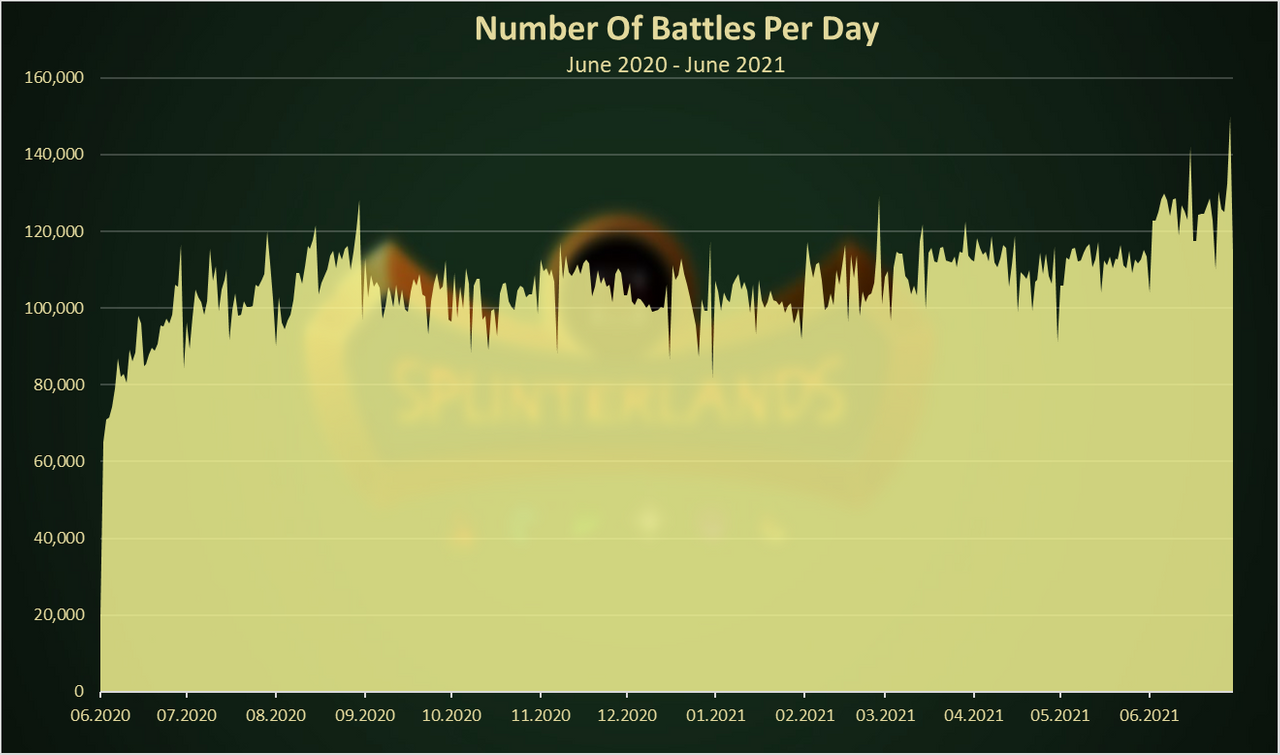 This is a one year period.
We can see that after a long stable period in the numbers of daily games played, there is spike in the numbers in the last month. On occasion there have been 140k battles per day, up from the previous 110k. 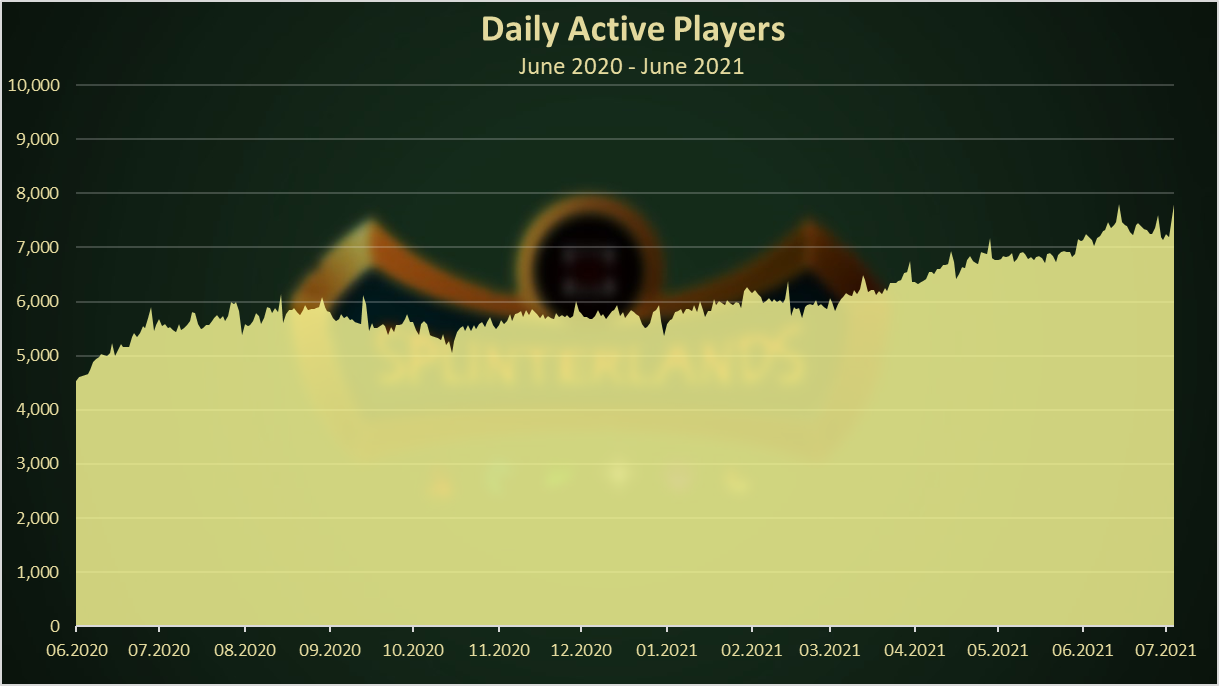 In the period from June 2020 to February 2021 the number of daily active players has been between 5k and 6k.
In the last period the numbers are up, and it has reached almost a 8k active players per day. One year ago this number was around 5k so it’s a nice growth.

Next, the chart on the monthly active players. 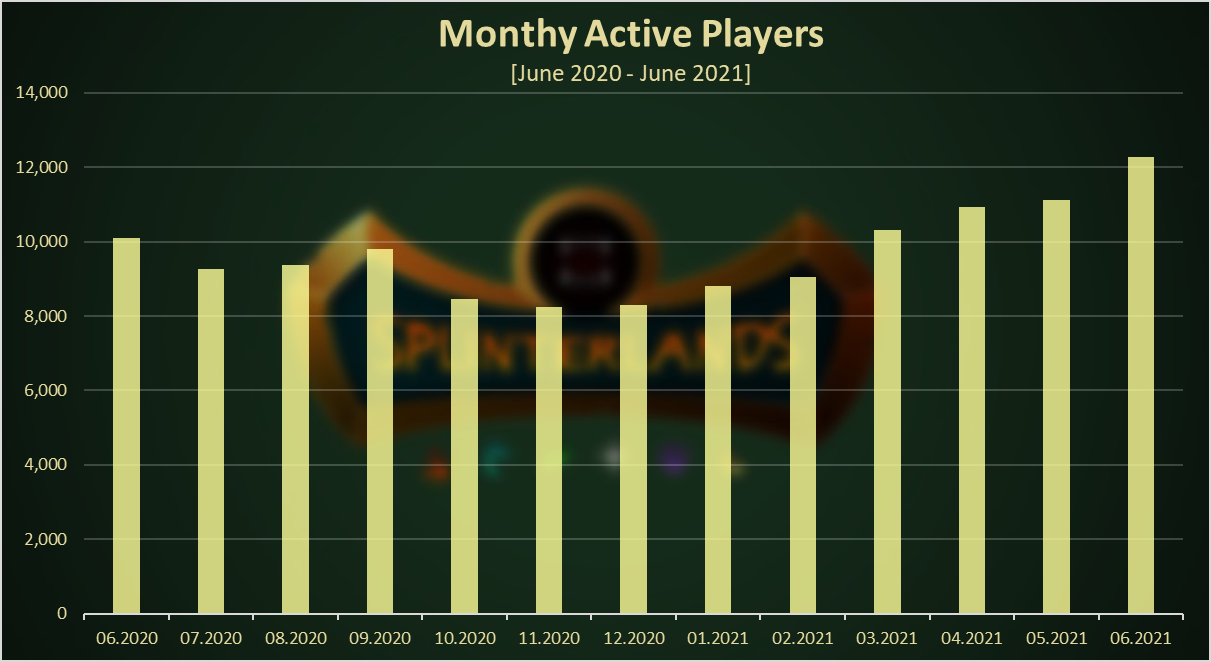 The up trend can be noticed here as well. In the last two months the number of MAUs is up, reaching 12k in June 2021.

Here are the new Hive accounts created by Splinterlands. 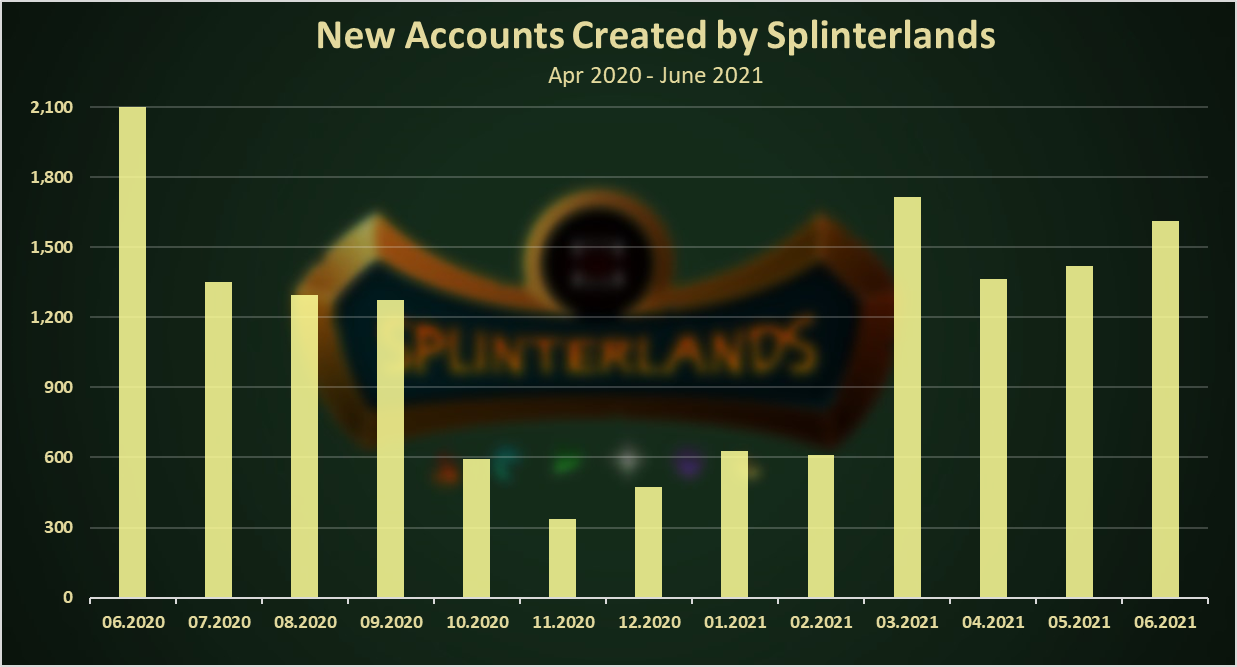 At start Splinterlands was creating accounts for all registered players, but then they transitioned to creating accounts only for active players. We can see the drop in the numbers because of this in October and November 2020.
Since then the numbers started growing with a spike in March 2021, and keeping the momentum in the last few months as well. June 2021 has 1600 Hive accounts created by Splinterlands and its slightly up compered to May.

Another interesting metric is DEC burned. DEC is burned when buying potions, orbs, skins and guilds upgrade. The DICE edition is exclusive bought with DEC as well and it is burnt. Few other things as well.

Here is the chart for the all time DEC burned vs created. 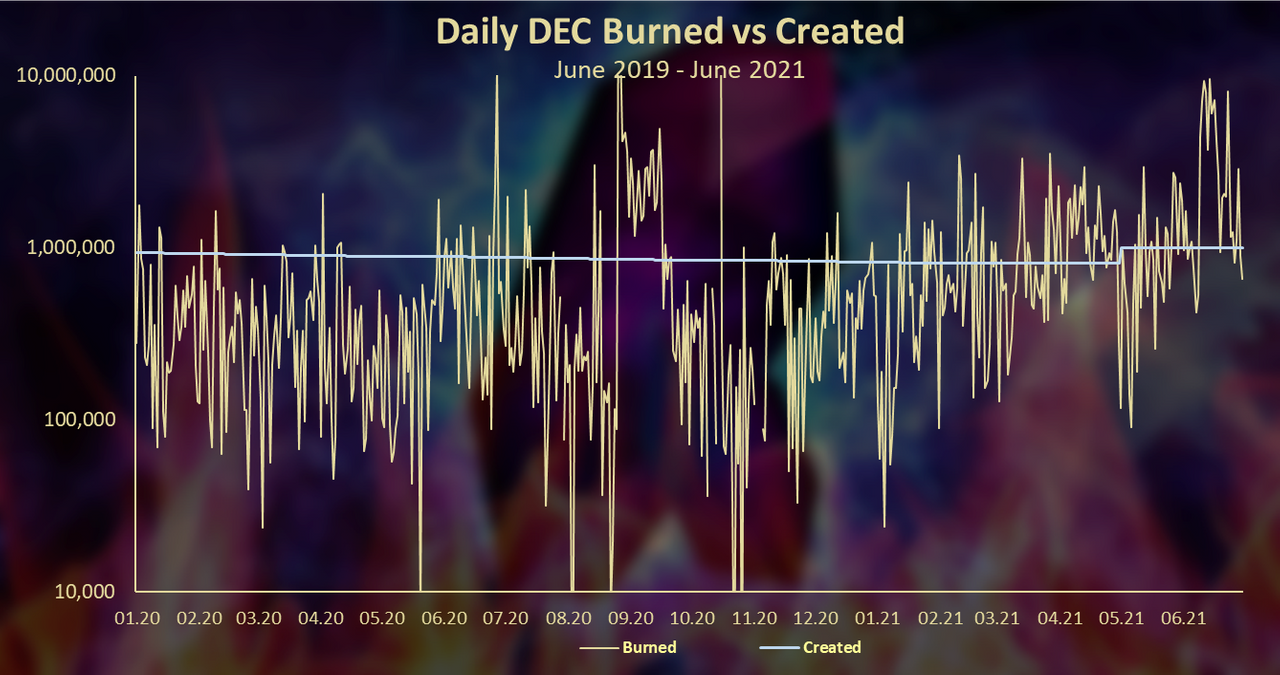 Note the chart is on a logarithmic scale.

The amount of DEC burned is on the rise in the last period. In May and June, the average DEC burnt is around 2M per day, that is a significant increase compared to the previous period when it is usually around 1M.

On the DEC created side, just a week ago Splinterlands announced that the daily reward pool for players will be changed from the previous setup, starting with 1M and going down 1% each month, to a setup where the reward pool depends on the price of DEC. If it is higher from the 0.001 peg the reward pool is higher and the opposite. On the chart I have represented a 1M DEC created per day for battles won. This doesn’t include the DEC from cards burnt that historically has also been around 1M per day but has went down recently. There is also a liquidity providers incentive in DEC for LPs on Uniswap.

What about the DEC price?
Here is the chart on all time DEC price in dollars [$]. 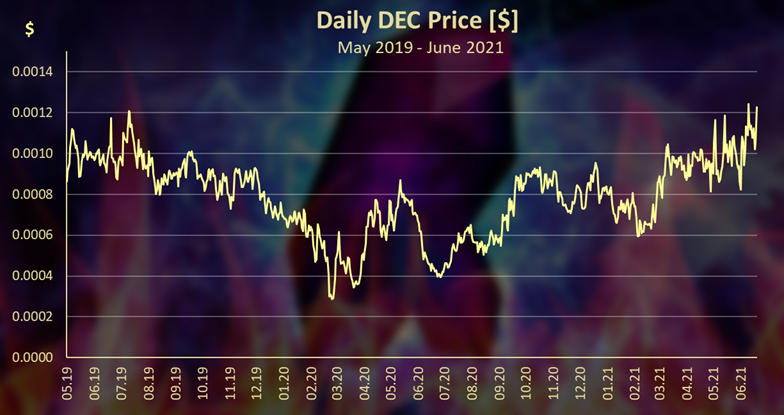 An increase in the price of DEC in the last months, going above the 0.001 peg.

The chart for June 2021, for better visibility. 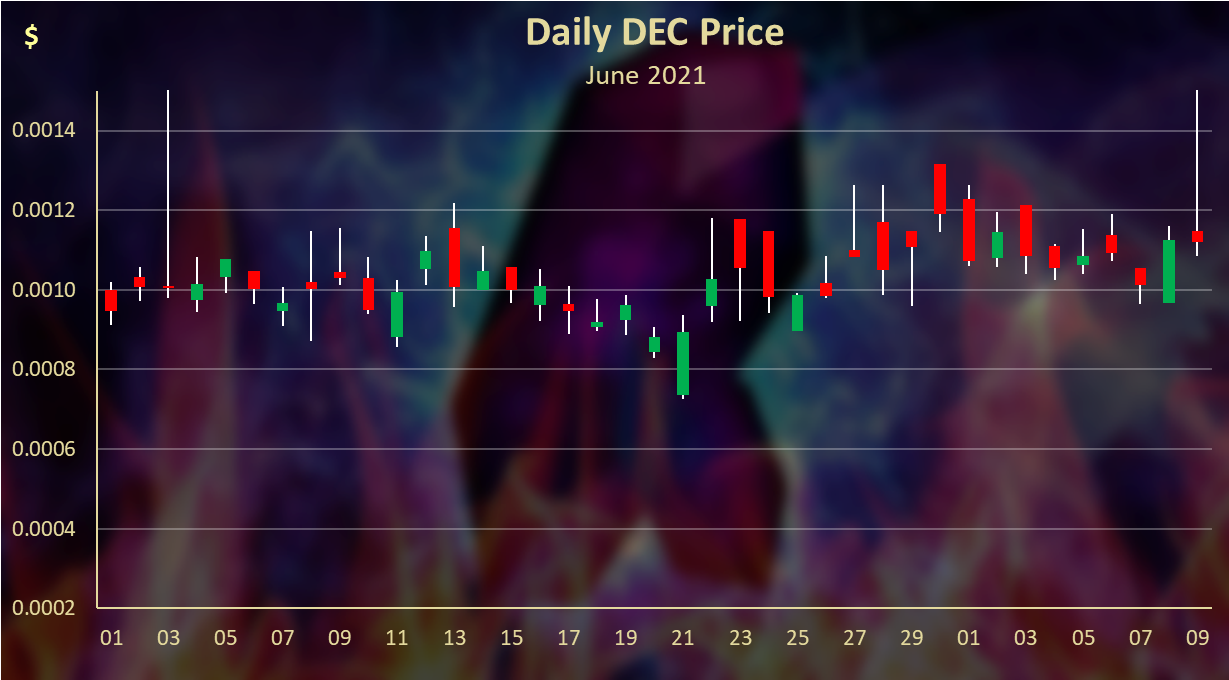 We can see here as well that there is an overall increase in the DEC price in the last period, with only one drop under the peg to 0.008, while trading above the peg for most of the period.