An Excursion To The Woods- The Ink Well Weekly Fiction Writing - Prompt: #33 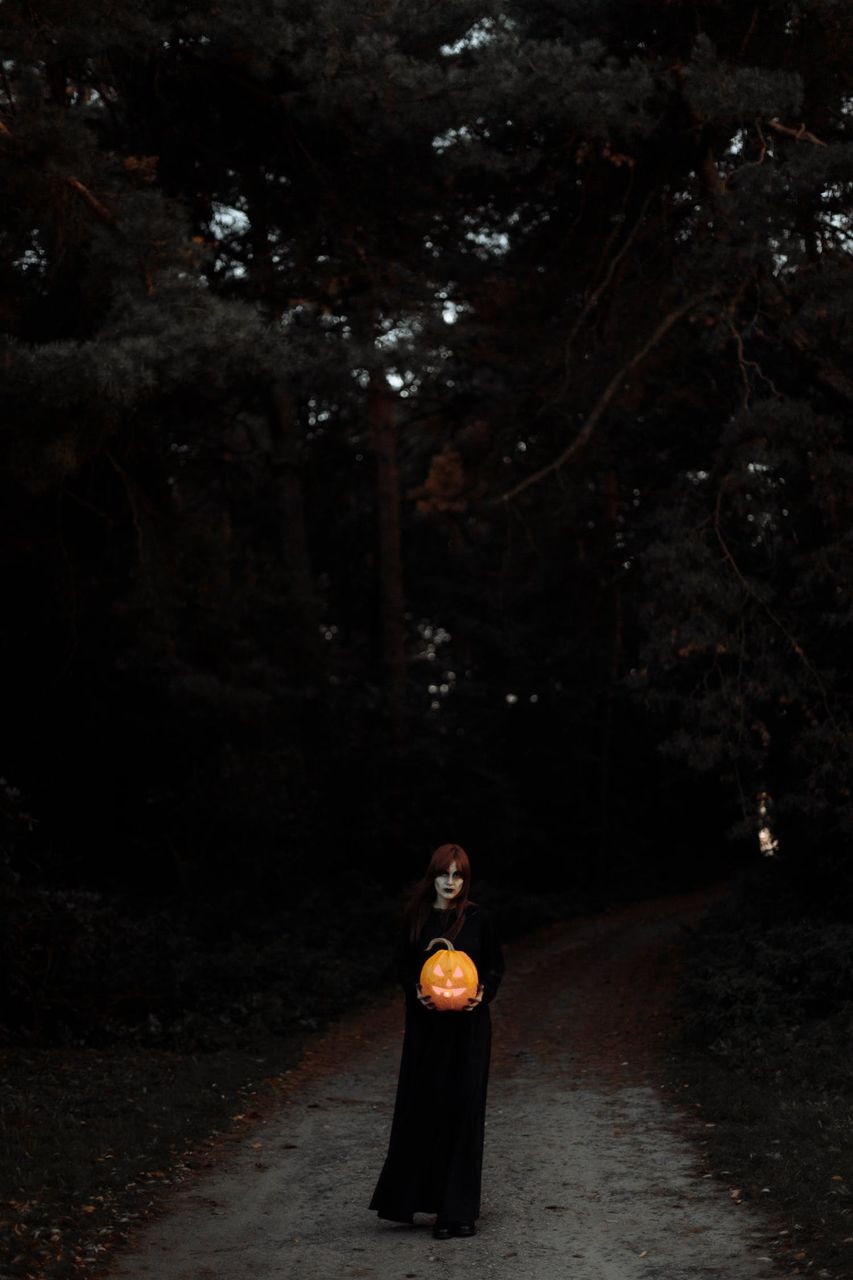 Image source
Olivia was extremely excited when she was informed that there would be an excursion to the slavery historical areas in the western area of Britain. When she got home, she informed her parents about the upcoming excursion. Olivia's parents were not comfortable with the idea.

Olivia was a teenage girl of seventeen years. She had a great interest in history, since she was already in grade 12, she decided to become a historian. She begged her parents and they finally gave in. Olivia's parents had great plans for their only child and daughter. Finally, the excursion day came and Olivia bade her parents farewell. Olivia and her best friend intended to take some photos. Their educator was the one accompanying them to the place.

As the van moved out of the city, Olivia kept looking out of the window to catch a glimpse of bears or wild animals (perhaps). The driver became confused about where to go next but he did not bother to tell the educator the latest issue. As Mr Patak, the driver drove on, he drove in the woods, hoping to burst into a city. The educator, Mr Anderson kept wondering where the driver was taking them to. As they drove into the woods, everywhere became dark but Olivia didn't mind a bit. Suddenly in the middle of the dark and spooky woods, the van broke down. Mr Partak got down from the van hoping to repair the van in a jiffy. Mr Patak stood in front of the van for forty minutes but couldn't make progress. The student began to shiver, even though the educator had not left them behind. So Mr Anderson decided to contact the principal of the college but there was no signal. All the students came down from the van to ease themselves. Olivia saw this as a perfect opportunity to take some videos when she got down from the van and as she was walking farther than expected, she was stopped by Mr Anderson.

"This place is not safe at all, Olivia, you could get hurt, so don't ever think of leaving my sight because I am not gonna get responsible for your whereabouts". Mr Anderson blurted out

Olivia went back to the van but she had another plan. As Mr Anderson tried to repair the van, Olivia snuck out of the van and crept to the woods. As she farther into the woods with her headlight, she began to get unexpectedly frightened and attempted to the farm but it was too late, as she turned to go back she could hear a rustling in the woods, she could feel her heart in her mouth. She kept hearing the rustling but the person or animal did not appear. As Olivia faced her headlight towards where she was hearing the sounds, but could only see the leaves shaking. Suddenly she could see a shadow on her side, she swiftly turned to see who or what was there but she didn't see anything. She was sure that she saw the figure of a person.

Olivia didn't know which direction to take but she just kept moving forward. As she was walking very fast she stumbled against a large stone and she groaned very loudly and tried to stand up. As Olivia carried her head up, she saw something approaching her. She was so frightened as she immediately stood up and turned to run but she was shocked at what she was doing. A very fat, ugly, half face, no feet, one eye and no nose man.
Olivia's body system shut down for a second as she let out a terrible scream. She turned and saw the other creature approaching her. She immediately started running as fast as her legs could carry her. She raced and raced to nowhere in particular. As she kept running, her headlight caught a glimpse of a shadow portraying the figure of the man or beast she had seen earlier. 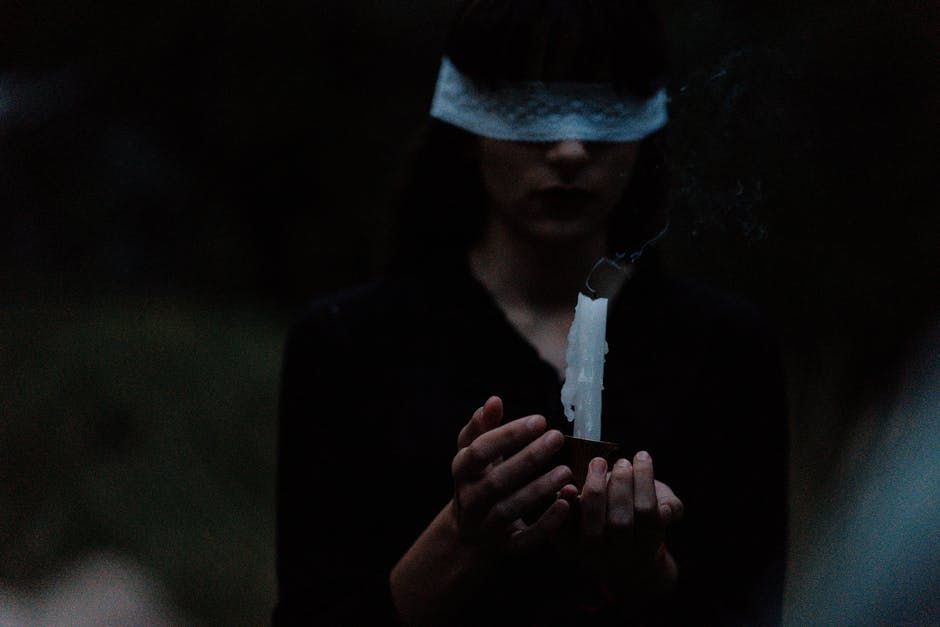 Image source
Back in the whole place was scattered as they could not find Olivia anywhere. As Mr Anderson moved a little bit further, he saw a thick red liquid on the ground, as he moved his headlight closer he screamed. He saw a complete five fingers of a human being on the floor. He couldn't believe it, immediately his mind flashed to Olivia. He thought of seeing Olivia's dead body.

As he turned to go back to the van, his heart skipped a beat, he was driving facing an ugly creature or what a person would call a beast. The beast had one eye, half face, no feet and no nose. Immediately Mr Anderson saw the beast, he was frightened. Then, he turned into the opposite side and saw a very ugly and ferocious man, he was no longer the handsome he used to be. Instead, his body was replaced by a very irritating and ugly man. He had no feet, one eye and no eyes.

Mr Patak and the kids expected the return of Mr Anderson but they didn't see anybody close to Mr Anderson. Mr Patak knew that Mr Anderson might have gotten involved with wild animals, but he didn't want to frighten the students.

Back in the deep woods, Olivia was exhausted so she couldn't run any more. It seemed the ugly creature had stopped pursuing her. She was breathing extremely fast to the extent that she almost fainted. She remembered her parents, they would have searched the whole city for their child. Her mother would have finished shedding the water in her eyes. She also remembers her mother's disapproval of the excursion. Olivia was so full of regret, she suddenly started crying.

As she opened her eyes, she screamed out of control, the ugly and vicious creature was staring at her. He was looking more wild than before. Olivia couldn't run again because it looked like she was cast under a spell. She expected the ferocious beast to bounce on her and devour her but to her wildest surprise, it kept staring at her. Olivia looked very closely at the beast. The beast looked like Mr Anderson but she waved off the risky thought. She continued staring at the man, she shivered after noticing the faint features of Mr Anderson on the man. To her shock, the beast spoke up.

"Olivia, It's me, Mr Anderson, the beast caught me when I came looking for you. I am a beast now and I can't return to the city with you"
"Oh my goodness, Mr Anderson, you've changed"
Mr Anderson didn't reply, instead, he placed one hand on Olivia's head and she vanished. Olivia appeared in her bedroom in the city, she was extremely happy she wondered if the other students would return. She was glad to be saved.

You can participate [here]

This is a property of the inkwell Community