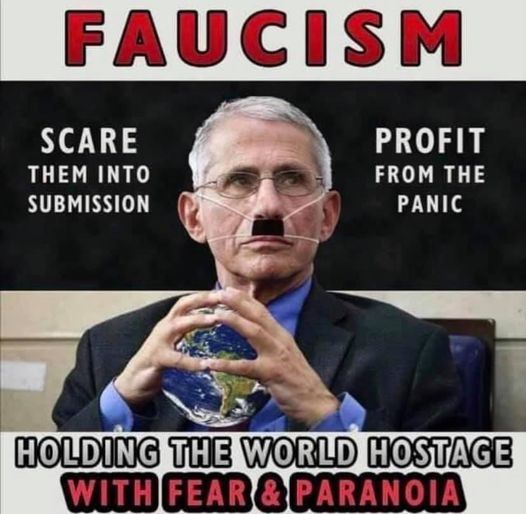 Not only are they selling alleged vaccines, they are making a killing with PCR tests that even the WHO stated are "not fit for purpose" due to all the false positives.

Add to that these creatures selling the notion of a plandemic and bodies in the street - have had ambulance drivers driving around in biohazard suits, sirens on and nobody to even collect or take to their closed hospitals.

In the UK with the £1750 bond, 10 days quarantine in a hotel of some bumchum of a politicians friend and here with the gov buying up all the hotels at 10% of the value, these clowns in politics are making an absolute killing.

We will never know how heavily invested governments are in big pharma, but I would guess they are all in as in quantitative easing all in.

If what is going on now has not woken up the majority - nothing ever will.

I received this via email today.

"As you know by now, entire industries are based on things that are pure fantasy.
In physics (photons, electrons, neutron stars, big bang, black holes, etc) and the same is true in biology.
In fact most of biology is a fabrication or partial truth. Germs are real.
The virus, along with the immune system and asymptomatic carrier bull dung were invented to subvert the rational simplicity of Kochs Postulates, of which not a single ONE has ever been satisfied, while trying to prove that germs cause disease.
The virus is an example of something that has never been directly observed or catalogued by any credible scientific process.
Genetics is another great example of scientific fraud.
DNA is just a theoretical concept. The so-called indirect evidence of the existence and structure of DNA are just completely unsustainable interpretations. No one can prove that the bands of different sizes seen on gel electrophoresis are the expression of the existence of the hypothetical structure of what is claimed to be DNA.
I would encourage anyone who believe in the idea of DNA to go back and read how it was supposedly isolated. Absolute comedy. It include actually boiling the sample. Ridiculous. There is no proof that DNA exist.
There is SOMETHING going on however, of course.
What we have is a parallel situation between physics and biology.
When confronted with field energy scientists are compelled to draw upon the radical materialism of their training and simply invent particles they believe are responsible for composing the field.
The materialistic nature of our civilization runs deep.
There is a dead end for these materialist concepts once they get past a certain threshold because, at heart, the universe is made of innately intelligent electromagnetic energy that has no points or particles.
DNA, virus, RNA, vitamins, chromosome, electron, proton, neutrino etc, all theoretical concepts with no direct observation to back their claims.
Innately intelligent electric field energy is the glue that unites all sciences and the universe comprehensively.
We must turn our attention to this as it is part of our awakening to a Natural World Order."

Now you know I was joking there, no money is no cure, repeat custom is better is it not?.
Now speaking of repeat custom let us move onto the little prick (no not bill gates) for the rona.

They also state you will need a yearly booster now. Also there is talk about prick passports and even prick cards to carry and show to go into a pub/bar or restaurant.

Now from the start of this hoax nothing seems to make any sense, but that is the point is it not, make it up as you go along.

You can be a carrier but not infected? You can kill someones granny by visiting them even though you feel perfectly healthy.

Now I prefer to think along the lines of Peter John Ladetto above. These frauds have for centuries made up what ever they deem fit so they can earn a living from it.

Then it is write a book about it and get other people to read and reguritate it and give them an exam and bingo. Expert in new bullshit. 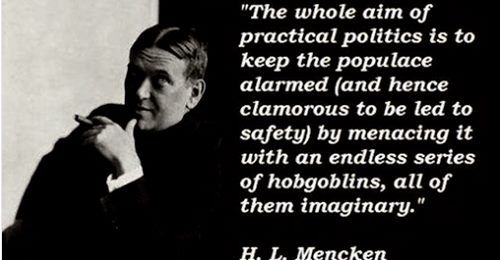 I agree with him above.

There seems never a year gone by without the government making up a scare. Ebola, birdflu, HIV/aids etc etc etc.

They have to keep people in fear so they do not work out that those lazy tossers in politics print money from nothing, add debt to it and you foot the bill.
Not only do you foot the bill once, you foot it over and over again while they drink champagne courtesy of you.

Get paid and pay tax yes, let us say 25% tax. Then you take your 75% left and go and spend it. Everything you buy has VAT (value added tax) Here that is 23%, so for the hours you worked the government has taken tax twice. On everything you buy.

Since when did you agree to work for the government? The day you started working by paying them tax.

They are laughing at us all.

You can see why they resent us, we fight wars for them, we pay them to do nothing via our tax.
You can also see why they think they can make any old crap up and most will believe it as they simply will.
Say anything enough on TV and they believe.

"The bigger the lie the more that believe it."

$5 giveaway in HBD from me

I am going to give that $5 to anyone that makes the best piss take of the rona event and all it's glory.
Or just make a piss take post about government/politics.

Make your article and leave a link in the comments,
The best one gets the cash.
This is open to anyone. You do not have to give me a vote or speak to me.
You do not have to follow me or do anything at all, just a post/article/meme athon.

Wishing you all a blessed week of fun and love. Have a superb one.

(no time to spell check, it is what it is)