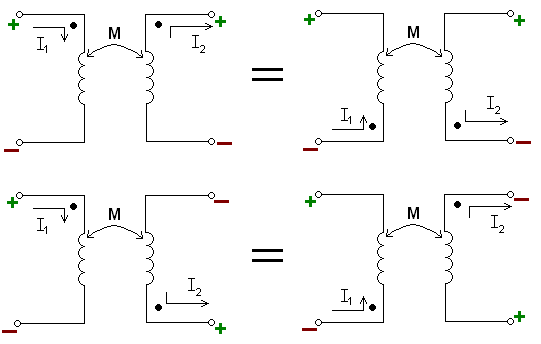 Hello it's a me again Drifter Programming! Today we continue with Electromagnetism to get into Mutual Inductance which is a very interesting topic! So, without further do, let's get straight into it!

Until now we saw that an conductor generates an induced emf and current within itself as the result of electromagnetic induction, which is caused by a changing magnetic field around it. When this emf is induced from the same circuit to itself then this effect is called Self-Induction (L) something that we will cover next time...

The so called Mutual Inductance is about the interaction of a coil's magnetic field on another coil as it induces voltage in the adjacent coil. When the emf is induced into an adjacent coil within the same magnetic field, the emf is said to be induced magntetically, inductively or by Mutual Induction, symbolized as M. When two or more coils are magnetically linked together by a common magnetic flux they are said to have the property of Mutual Inductance. We can define mutual induction as the current flowing in one coil that induces a voltage in an adjacent coil. You can clearly see that I said the same thing with "different" words, so that you understand it better :P

Mutual Inductance has a lot of applications that we will cover in a bit, but is also a bad thing cause "stray" or "leakage" inductance from a coil can interfere with the operation of another adjacent component. To avoid this electromagnetic induction, some form of electrical screening to a ground potential may be required.

So, let's now get into the things that this mutual inductance depends on. The magnitude depends on the relative positioning of the two coils. By that I mean the physical distance that the coils are apart. When the distance is small more magnetic flux generated by the first coil will interact with the other coil, causing a large amount of mutual inductance. When the two coils are farther part and at different angels the amount of induced magnetic flux is much weaker then before and so the angle also plays a very important role. Another way of increasing the mutual inductance is by increasing the number of turns of either coil (transformer). A soft iron core or common soft iron core unity coupling can also minimize the losses due to the leakage of flux, something that shows us that the relative permeability also plays an important role.

We can summarize all this in the following equation:

Note that a perfect flux linkage was supposed between the two coils!

Magnetic inductance is a purely geometric quantity and depends only on the size, number of turns, relative position and relative orientation of the two circuits. In SI units mutual inductance is calculate in Henries (H) where:

The most typical unit used in experiments is the milli-henry (mH).

Note that the actual currents flowing through the wires don't affect the mutual inductance!

Let's now use M for any two arbitrary conducting circuits!

where M21 is the mutual inductance of circuit 2 with respect to circuit 1.

Similarly the flux Φ1 in circuit 1, because of the current I2 flowing around circuit 2 is:

Mathematically we can prove that M = M12 = M21, something that I will avoid covering :P

Likewise the emf generated around the first circuit, when the current flowing through circuit 2 change by an amount of dI2 in time interval dt causing a magnetic flux change of dΦ1 = MdI, is:

Note that there is no direct physical coupling between the two circuits. The coupling is due entirely to the magnetic field generated by the currents flowing around the circuits.

Let's now get into some applications!

The magnetic field due to coil 1 is:

The mutual inductance is:

The induced emf in coil 1 from coil 2 is:

Applying the voltage law to both circuits of a transformer we get:

The mutual inductance actas as the voltage source for the secondary circuit as:

A transformer is the most common application of mutual inductance!

And this is actually it for today's post! Next time in Physics we will get into Self Induction and maybe even Magnetic Energy...