Hello it's a me again Drifter Programming! Today we continue with Electromagnetism to get into how we measure the different metrics and units of electronic circuits, where electrical measuring instruments or devices come into play. If you don't know about those metrics already this post will not make so much sense and so I suggest you to know about: electric current, potential (voltage), capacitance, resistance, power etc. already. So, without further do, let's get straight into it!

What are electrical measuring instruments?

Electrical measuring instruments are devices used for measuring electrical aspects and quantities such as current, voltage, resistance and power. It's important to measure them to determine if the electrical system has faults or not. For example when having problems with electornic equipment we can detect the problem using some instrument which is called a meter and afterwards fix it.

Such devices have the following three functions:

And also have some characteristics which are static or dynamic:

What types do we have?

We can split them up based on their usage which can be:

And we can also split them out depending on if they are:

Another way is depending on how they produce the results:

Let's get into what exactly some of they are doing:

Getting into some more in-depth

Let's get into some of the most essential ones more in-depth.

Ammeters are instruments that measure the current in a circuit. The flow of current is measured in amps or Ampere (A). There are various designs and sizes that are used depending on the application and magnitude of current. We can use them to check if current flows through a wire and so if the wiring has be done correctly in a bulding. We can also use them to find malfunctions, short circuits etc. in electrical equipment. An ideal ammeter is a two terminal device which is polarized. It connects in series with the circuit element to measure the sign and magnitude of the current that flows through that component. In electronic circuits we note it as a circle with an 'A' in the middle.

There are many types of ammeters depending on their structure:

Voltmeters are devices that measure the voltage or potential difference between two points of a circuit. The voltage is measured in Volts (V). They are connected in parallel to the circuit and have various styles. Analog ones move a pointer across a scale in proportion to the circuit, while digital ones give a numerical display of voltage. To calculate the potential difference between two points of the circuit we use the two terminals of the voltmeter and connect them to the circuit at these exact points (in parallel). In electronic circuits a volt meter is represented by a circle with a 'V' inside.

Ohmmeters are devices that measure the electrical resistance through a circuit in the unit of measurent which is called Ohm (Ω). We use them in installations where the correct resistance is important for the proper functioning of an electronic device. They can mostly also check if the current flow is continuous or not. Ohmmeters can be analog or digitial and the digital ones have a much better accurancy and are also much easier to read. In electronic circuits we note them with a circle that has a 'Ω' inside.

A multimeter is a popular, versatile, general purpose instrument that measures voltage, current, resistance and sometimes also other quantities. This device combines several measurement function in one single device/unit and is mostly hand-held, which makes it easy to carry around and useful for basic fault finding and field service work.

A multimeter mostly has:

Two probes which are black and red are plugged in the front ports, where the black one represents the '-' and the red one the '+' and so when calculating anything we should always remember putting them in the right side.

I have a multimeter at home and so I thought, why not make a small measurement? I calculate the voltage of a 1.5V battery and also it's resistance by just connecting the terminals to the poles of the battery. For the voltage I do it in the right order, for the resistance in the "wrong" so that the result comes out negative!

The battery and multimeter: 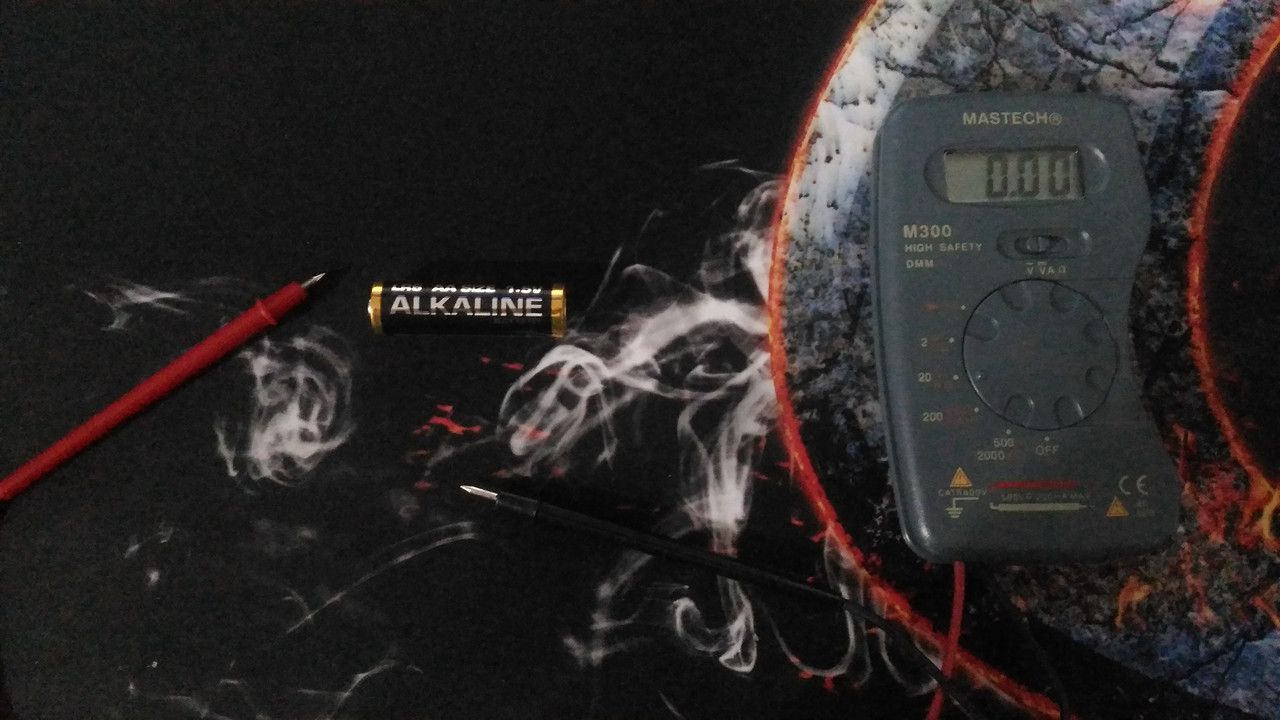 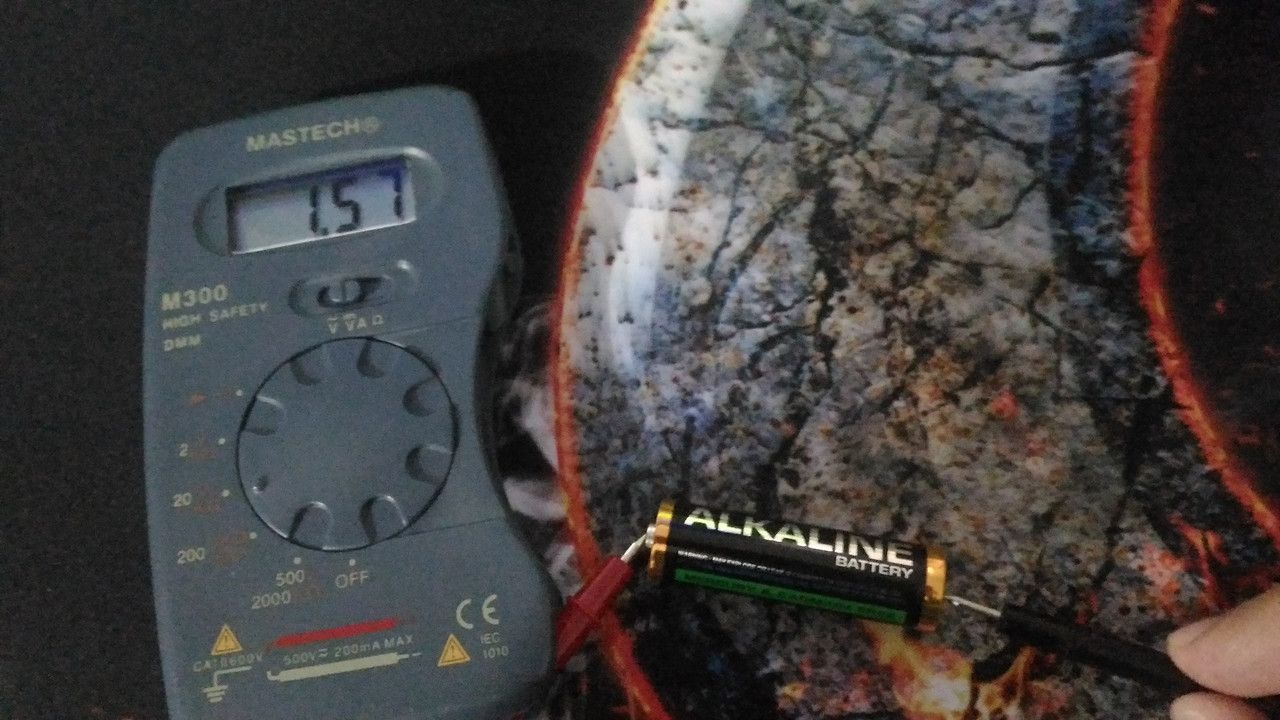 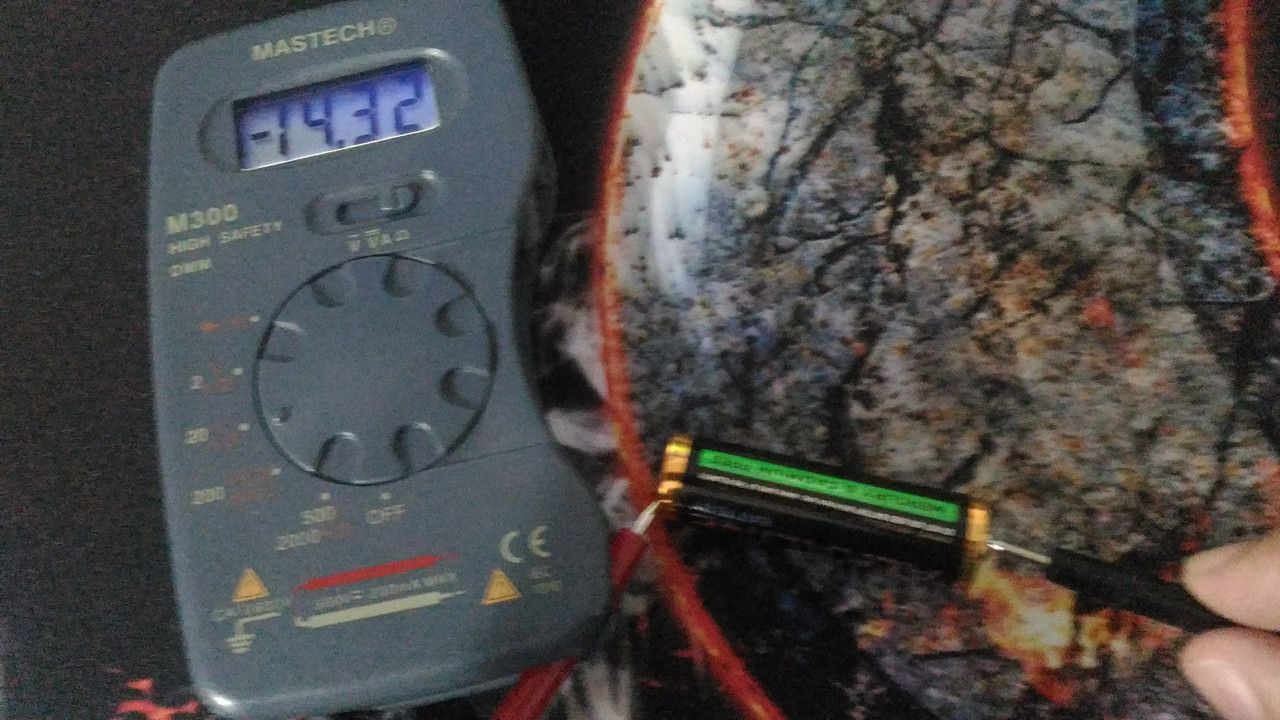 Next time we will get into combinational electronic circuits that contain resistors and capacitors, which are the so called R-C circuits.