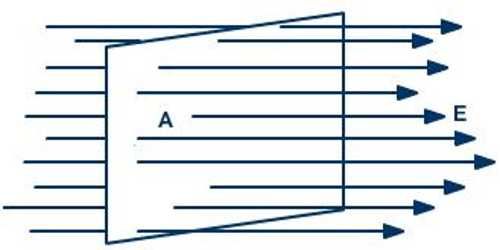 Today we continue with Electromagnetism to get into exercises around Electric flux!

I highly suggest you to read the previous posts of this series that talk about Flux, Gauss's law and applications of Gauss's law, cause else you will just see formulas/equations being applied and will not understand the concepts behind it!

Just to start easy, let's first get into a simple example of Electric flux!

Along the axis of the cylinder there is an infinite length positive charge with linear charge density λ = 5μC/m.

Knowing that the electric field of this charge is E = λ/2πε0r, calculate:

a) The electric flux that passes through the cylinder

b) The electric flux that passes through if it had a larger radius of r' = 0.32m

c) The electrix flux that passes through if it's length was increased to l' = 0.8m

The area of the side of the cylinder is:

The bases don't play a role (vertically across to the field) and so this is the area that we will use in our equation...

We can see that the radius cancelled out and so the results for a), b) are clearly the same, something that we already explained in a previous post, by saying that the electric flux is independent of the radius of a sphere and so also of a cylinder...

So, the electric flux that passes through the cylinder with any radius is:

Having the length multiplied by 2 (l' = 2l) and by seeing in our flux equation that the flux is proportional to the length we can already imagine that the flux will be double that of a) and b).

One of the things that Gauss's law states is:
Φ = q/ε0

And so when applying Gauss we want to find either of these:

Let's get into an example for each...

A closed surface encloses a total charge of q = 5.20μC.

Calculate the total electric flux that passes the surface.

By using the formula of Gauss we get:

The electric flux that passes a closed surface is 3.6 Nm^2/C.

How much charge is enclosed by this surface?

By again using Gauss's formula we get:

To make it more interesting let's get into stuff that uses the formulas we talked of in the applications of Gauss posts, but more advanced...

Calculate the electric field at a radial distance r away of the center of those sphere cortexes as a function of q and r, where: 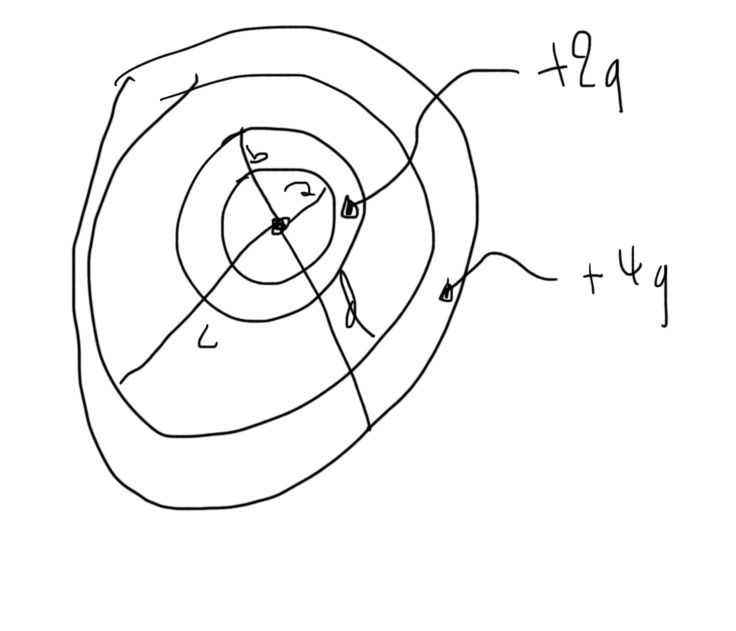 professional digitizer drawing by myself xD

When r < a then the Gaussian surface doesn't enclose any charge and so:

which means that the total electric field is also E = 0!

When a < r < b then the Gaussian surface is inside of the small sphere cortex.

Because of electrostatics we know that the total electric field inside of a conductor is zero.

When b < r < c then we are in a "vacuum" and so there is an electric field that can be found by using Coulomb's law!

This electric field is of course caused by the "small" charge +2q.

When c < r < d then we are in a similar case to ii), cause the electric field inside of the large sphere cortex is of course again zero.

When r > d then we are in a similar case to iii), but will also include the charge of the outer (larger) sphere.

This means that the electric field now is:

We can do the "same" with coaxial cylinders!

Try on your own!

A positive charge Q is uniformly distributed (density p) along the surface of each of two conductive spheres of radius R.

Calculate the electric field (meter and direction) at the points: 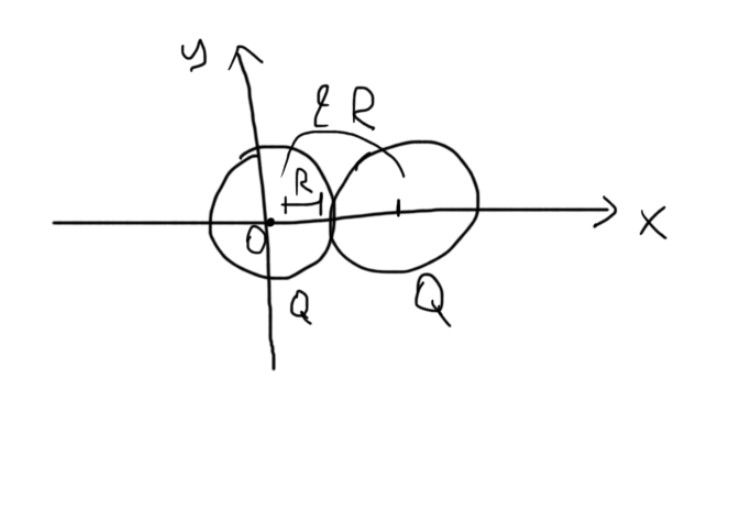 Professional art by myself :P

The total electric field is equal to the vector sum of the fields generated by each sphere on it's own.

For each charged sphere we know: 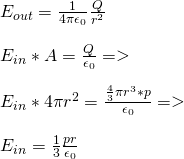 which are the electric field going in and out for each sphere.

Because the electric field of the first sphere is zero and the point is "outside" of the second sphere...

Of course that means that the electric field goes in the -x direction!

Cause the point is inside of the first sphere and outside of the second one.

I put a minus on the second one to point out that the result gives us a +x direction.

When this "minus"-part is larger then the direction is of course to the left!

Because the point is exactly at the center of those spheres which means that the electric field generated by both is equal, but opposite and so cancels out!

And this is actually it for today and I hope that you learned something!

Next time we will start getting into potential energy!