A year ago a relative and I went for a hike on Mother's Day at Post Falls Community Forest. It was a pleasant activity, and I decided we should make it a tradition. This year I was just recovering from a minor bout of vertigo, so didn't want to scramble around on any rocks or do anything truly adventuresome. We compromised on a much more sedate walk/hike in nearby Falls Park. An average amount of water was coming through the spillway, for a spring day. That log sticking up in the middle is unusual, however. The path to the viewpoint near the falls is paved, and slopes gently upward. On the way back, we could look down on the popular fishing area and playground. The bridge and the playground are under construction just now, and were fenced off, but some folks just squeezed though and went fishing anyway.

The wildflowers were the same assortment we saw on our hike a year ago. I took a few photos: I believe this is a type of phlox. 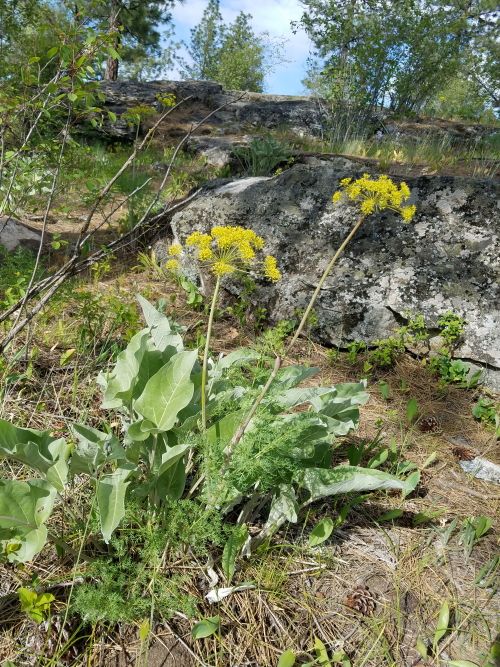 It was a pleasant way to spend a Sunday afternoon, and was followed by takeout from a nearby Chinese restaurant. That meant I didn't need to make supper, and clean-up wasn't a big chore, either. I call that a good Mothers' Day!