A few nights ago I set up my tripod and my camera rotation device in front of my kitchen sink. As you have seen in my last post I got to a new field or better say a new topic to photograph. This looks like Black and White Photography but it's actually not.

The idea was to light paint running water like a little waterfall and rotating the camera during the exposure. The hope was to get some regular feel with a coincidental aspect of the random water droplets. Flashing/strobing regular the water stream and rotate the camera at the same time. So yes that's what you see. The water reflects the flashlight strobe and hopefully, I can freeze a couple of individual droplets as well as a water stream shape.

All the following shots were taken with the same F-Stop F22 and ISO 50.
Let us have a look at the results first: 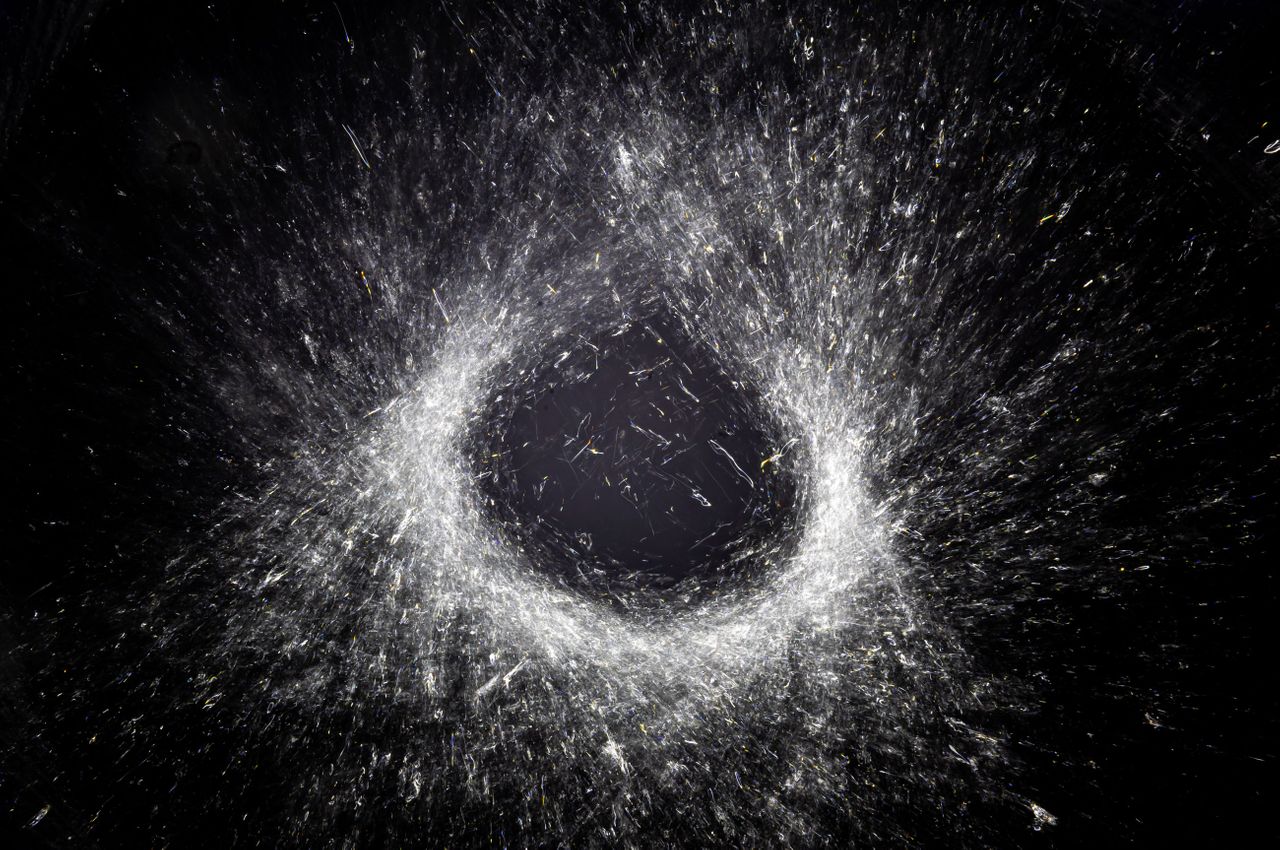 Almost complete rotation in 23-seconds gets us the open circle.

The exposure time then depended on the time it took me to flash the water and rotate the camera with the other hand. The second image is a 20-second exposure time. 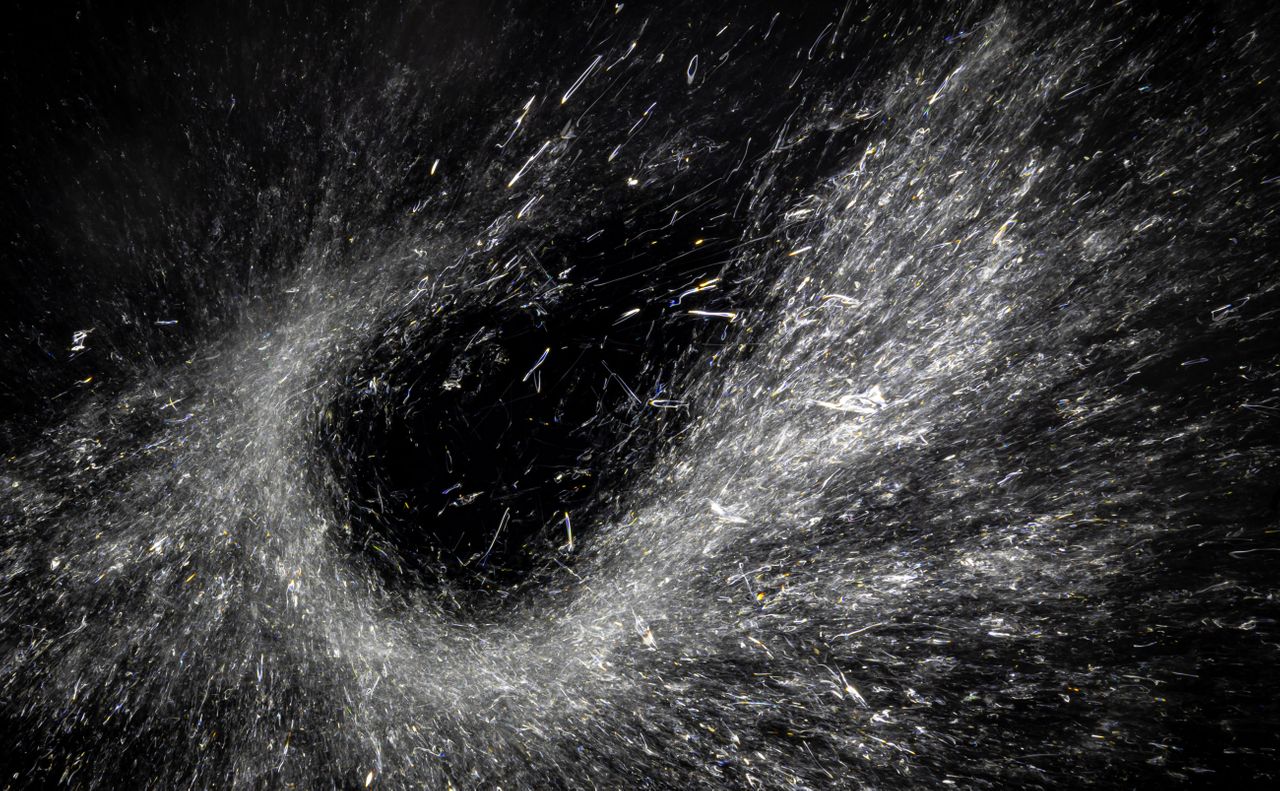 The following Light Painting image is a 13-second exposure time. 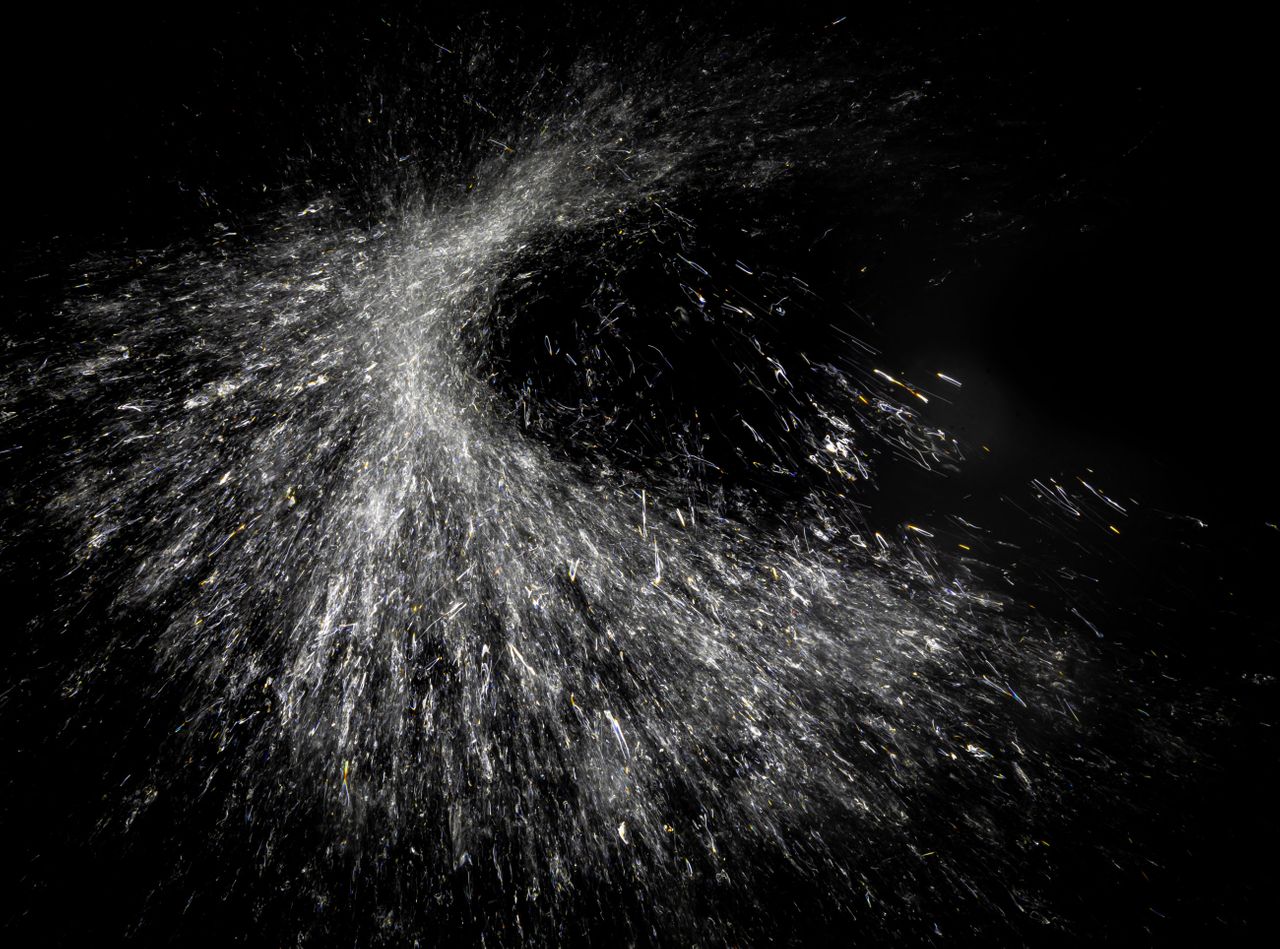 Since the rotation is not done by a motorized mechanic it is me during the crank on the camera rotation device. It was hard to predict the outcome of the shots. That part I really love. As the Polaroid slogan used to say:
"See what develops".

The following shot is a short 7.6- second exposure. It felt much longer though. 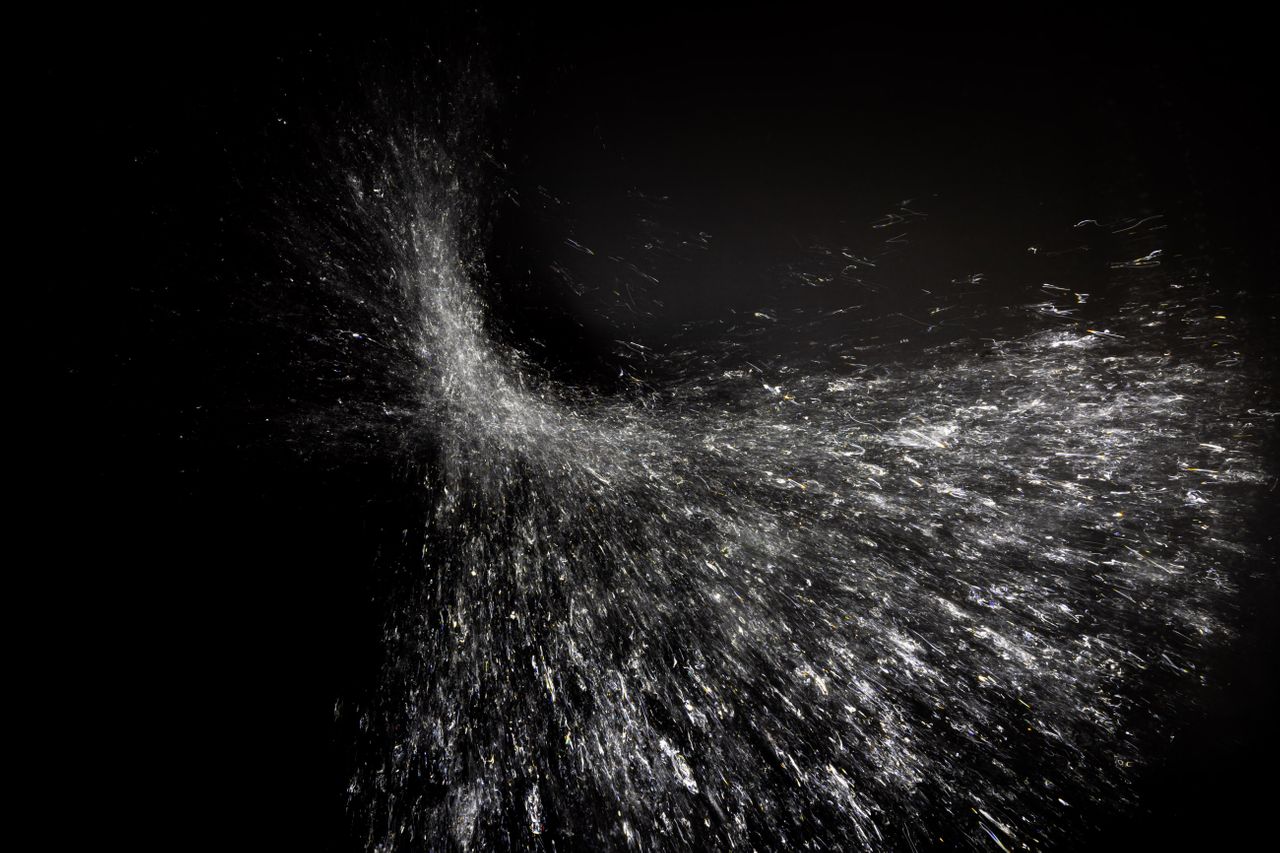 The flashlight that was doing the strobe was laying on the side doing its thing. With one hand I would rotate the camera and with the other, I would place the colors and then keep rotating and repeat. 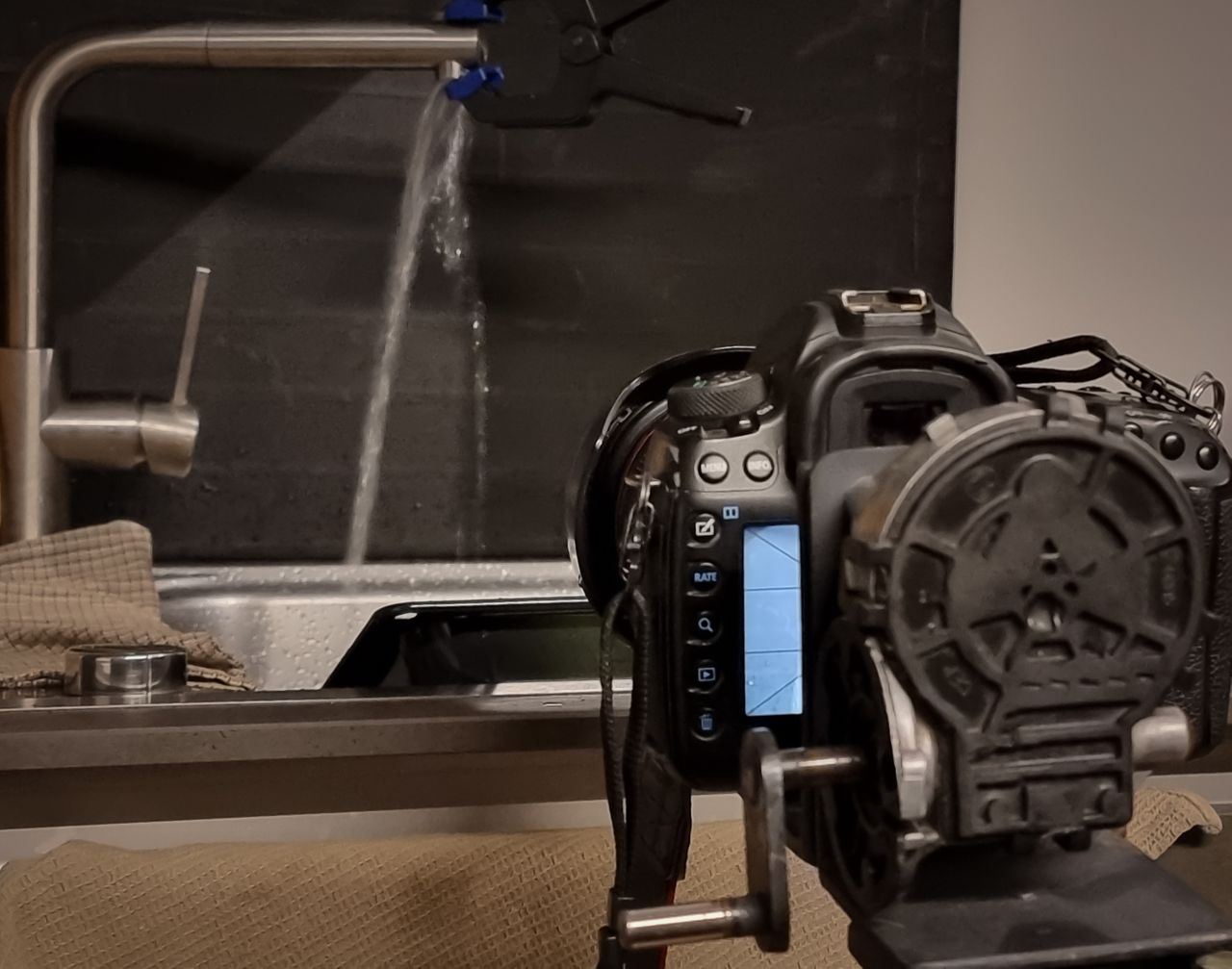 Behind the faucet, I placed a blackboard so I would not reflect in the glass that is behind the sink. Then turn off the kitchen lights and get the composition right. 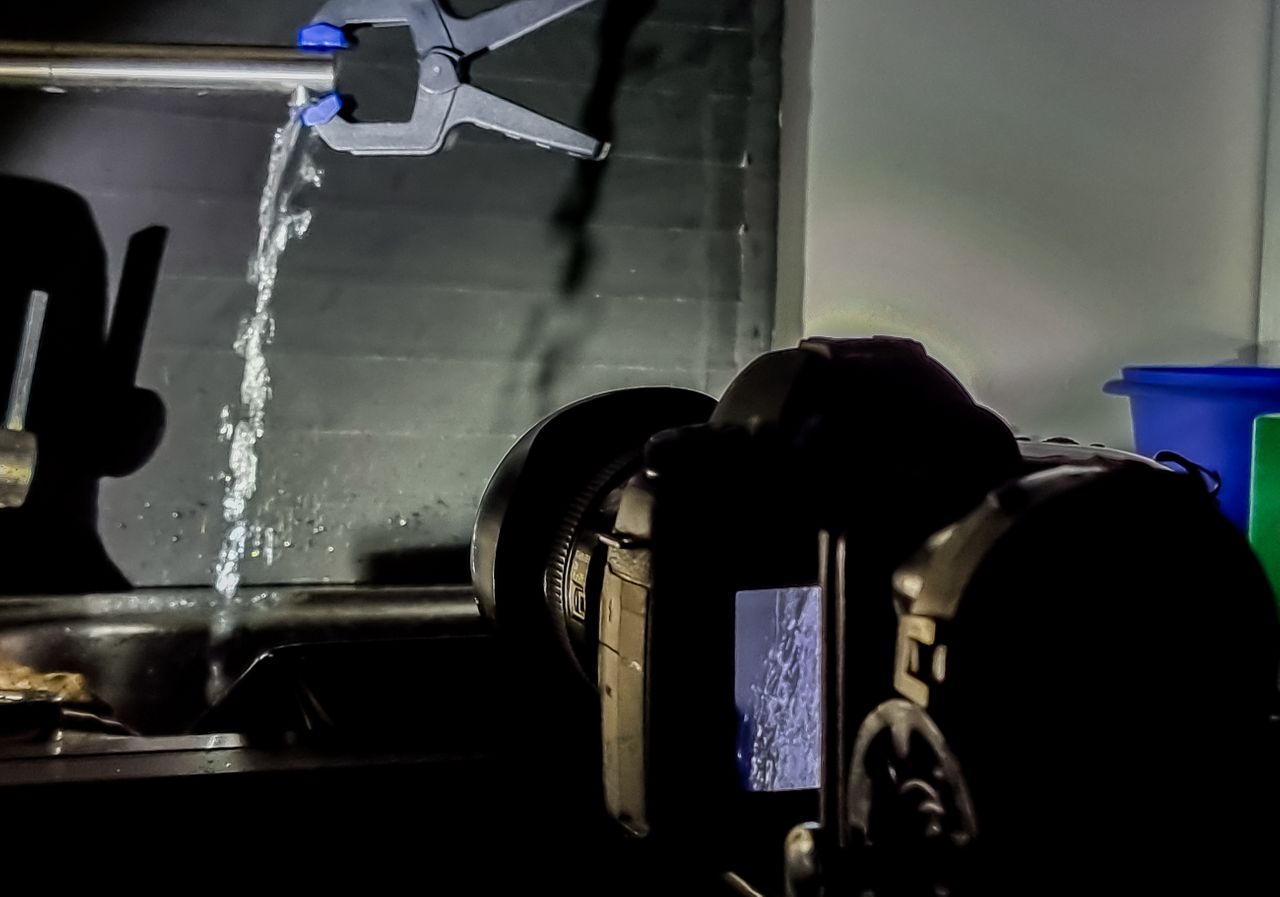 If you have a closer look here, you can see that the light is coming from a 90° angle from the side. That's the flashlight in strobe mode. In live mode, I started focusing on the water drops. With F22 I hoped it would be nice and crisp in the shots. That effect did not play out so nicely as I hoped because the flash is not as strong and fast as the water was flowing.

Room for improvement for the next experiments. Maybe I do this in the shower ;-)

As always what you see as Light Painting images are not composites. These are all single long-exposure photographs.

I hope it was informative and maybe also somewhat inspirational. If you have more questions please do not hesitate. I am happy to share my knowledge. 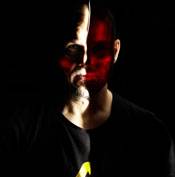 Since I am one of the cofounders of the LightPainters project, I also help and support the Light Painting community as a curator - not only on the Hive.

We are Light Painters

To help and support the LightPainters community here on Hive I would appreciate your delegation of HivePower. Any amount is appreciated. It does not require much to get started, we are happy for any gesture.

Thank you so much!