You wouldn't understand it, it's science. 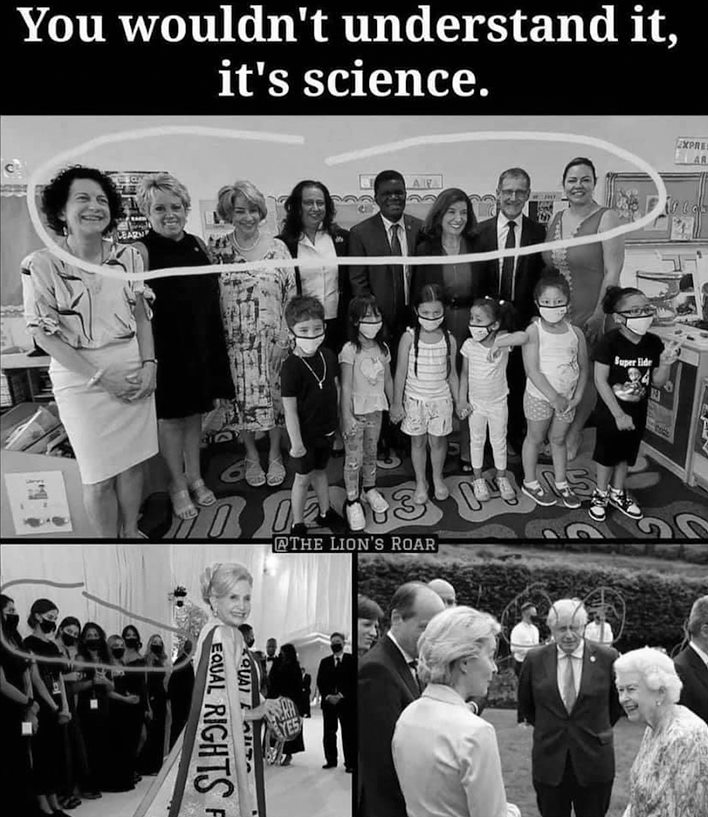 While I understand that if keeping your job is dependent upon your pushing the biomedical terror scenario, then you will most likely, even if reluctantly, have to do that... but at the same time, it doesn’t mean that the same number of people are going to buy into it today as did a year ago. Witness your giant football games, your Emmy awards, your Met Galas…

People are just not as afraid of catching the thing as they used to be. Why? Because they are looking around them at what’s happening closer to them and paying less attention to the repetitive cant they are given on TV.

But then, this is also why Klaus Schwab has told us that we will be “phasing out” of the c-thing by the end of the year in favor of climate change, because that swap-out was always the intended goal.

So why are all these FEARFUL steps being taken? - Steps that clearly impact peoples’ freedom, businesses, ability to travel, their children’s freedom to play and go to school unhampered by masks and rules?

The reason the restrictions continue is because they have nothing at all to do with the C-thing and have everything to do with the larger control agenda that has been in place for a very long time and that was suddenly launched "9-11 style" on 3-11-2020, and which shows no signs of abating anytime soon. Why? Because the plan is obviously a coup d’état takeover of the global economy by the powerful moneyed classes, who have been developing this takeover plan for many decades and who obviously now feel that they have the influence and the technology in place to pull it off.

And as I see it, it would appear that they do. Our one best option to counter the effects here is (as you've heard many times) simply to STOP complying with their demands, to walk away and to NOT do what we are told.

If we can get that number of us up to maybe 30%, then it’s gonna be a LOT harder for them to pull off the various interlocking scenarios that they have planned.

Can we do that? Can we do that… ? Hmmm… that is the question. Obviously, if you’re a friend who has followed my thinking, you'll know I’m not very hopeful... but what else is there to do? What other options do we have? I don’t know... so that’s the one I’m going with.

If you have other thoughts, great. I know many are taking strong and beautiful actions by making their lives more sustainable and independent and even going off-grid…

I support ALL that but for myself, I may be a bit too old and beat up to start life over again as a homesteader… But God bless you those who do!

OK, folks… have a great day. Kindly greet the ones you meet and care for all those who (like you) are trying to make the world a more free and magical place.