longer65
a year ago
in#onchainart

Greetings HIVEans
Time for another one of #mythicmay drawings. I'd say it's he last one since the may have ended, but the idea of drawing folklore tales monsters is so captivating that I'll probably do some of the prompts that I have missed.
Today time for 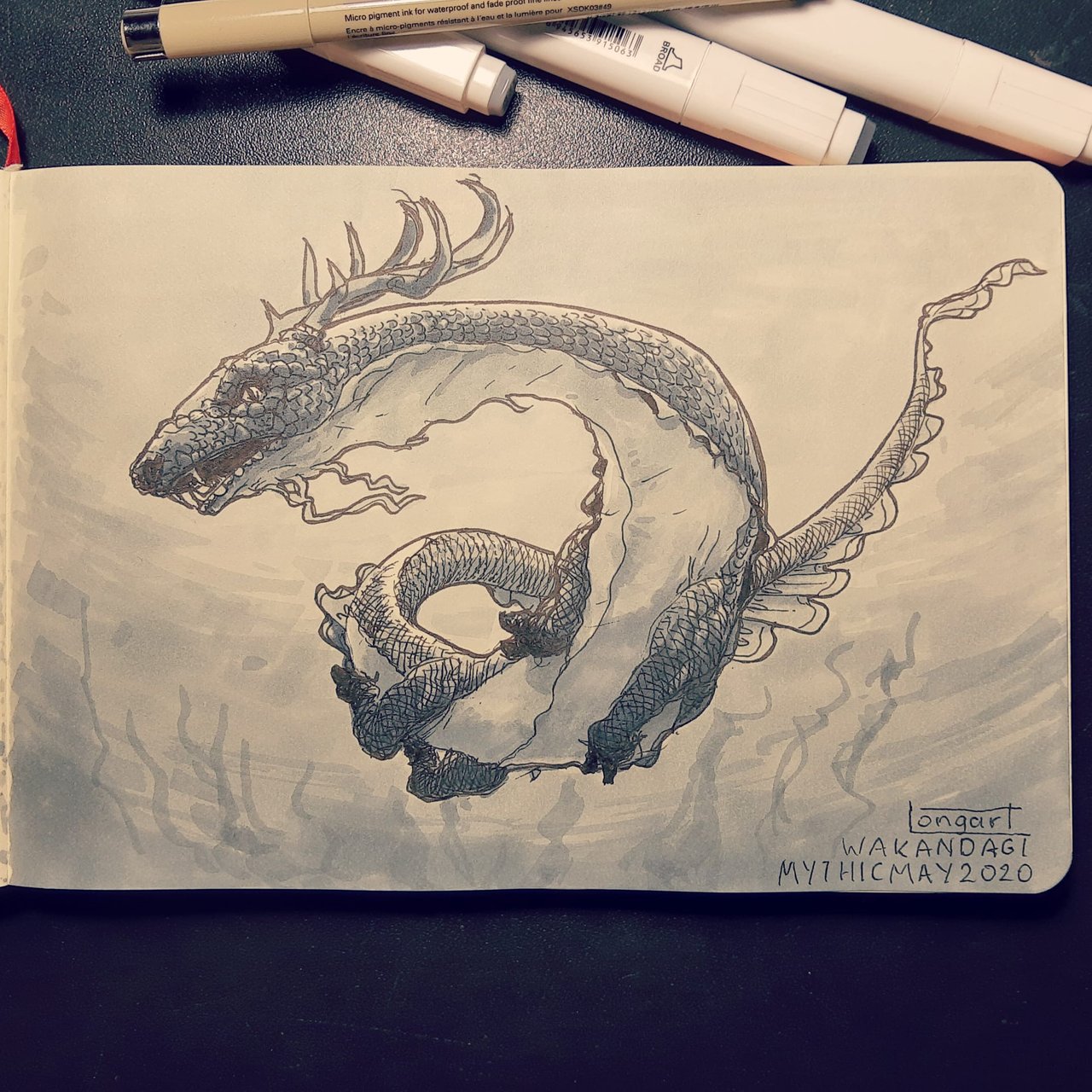 These aquatic beasts were said to be extremely long, serpent-like in body shape, and were covered in scales. They possessed an extremely thick tail, had four deer legs complete with hooves, a face that appeared to be the mix between a deer and a snake, and large antlers upon their heads. 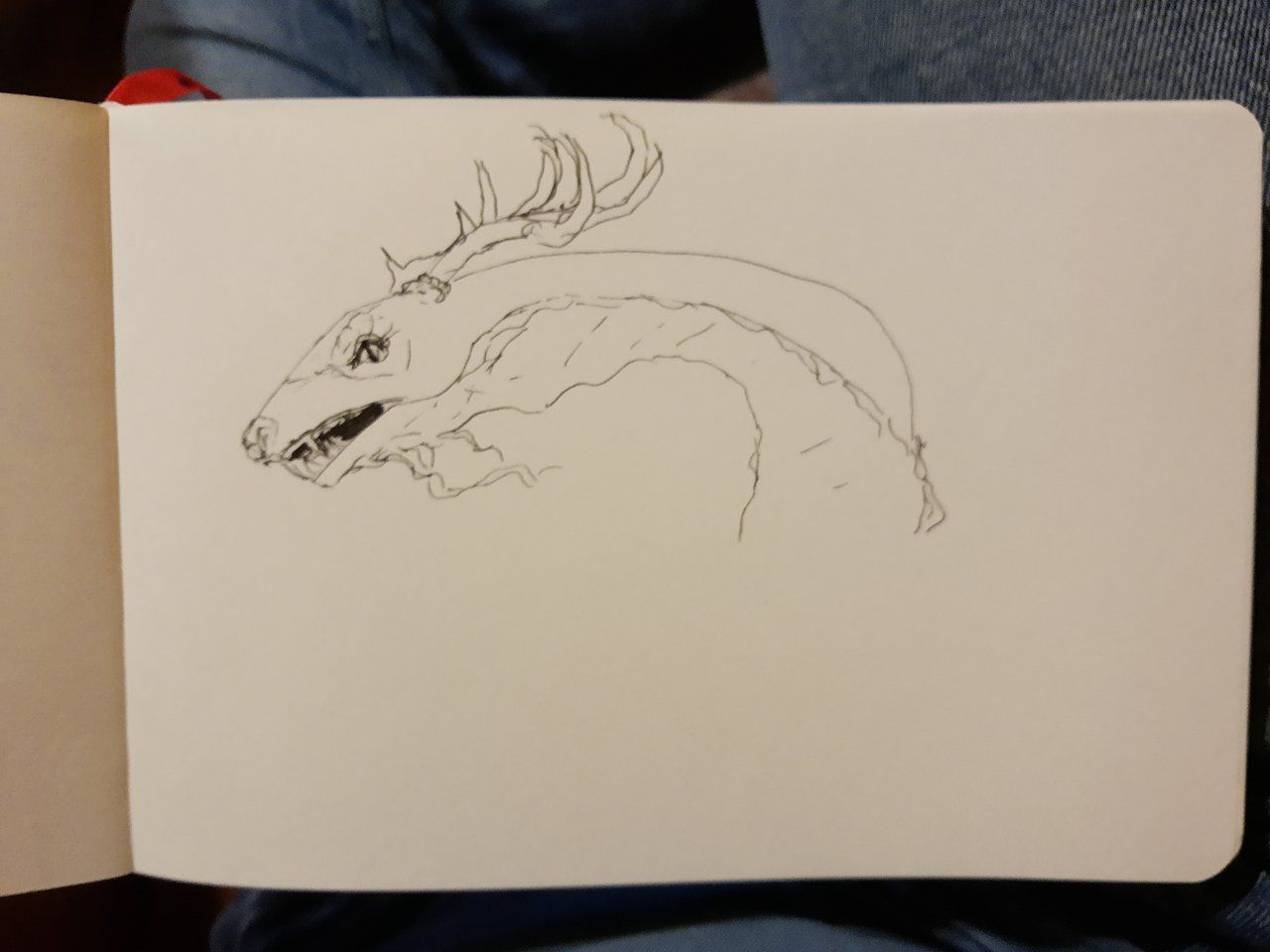 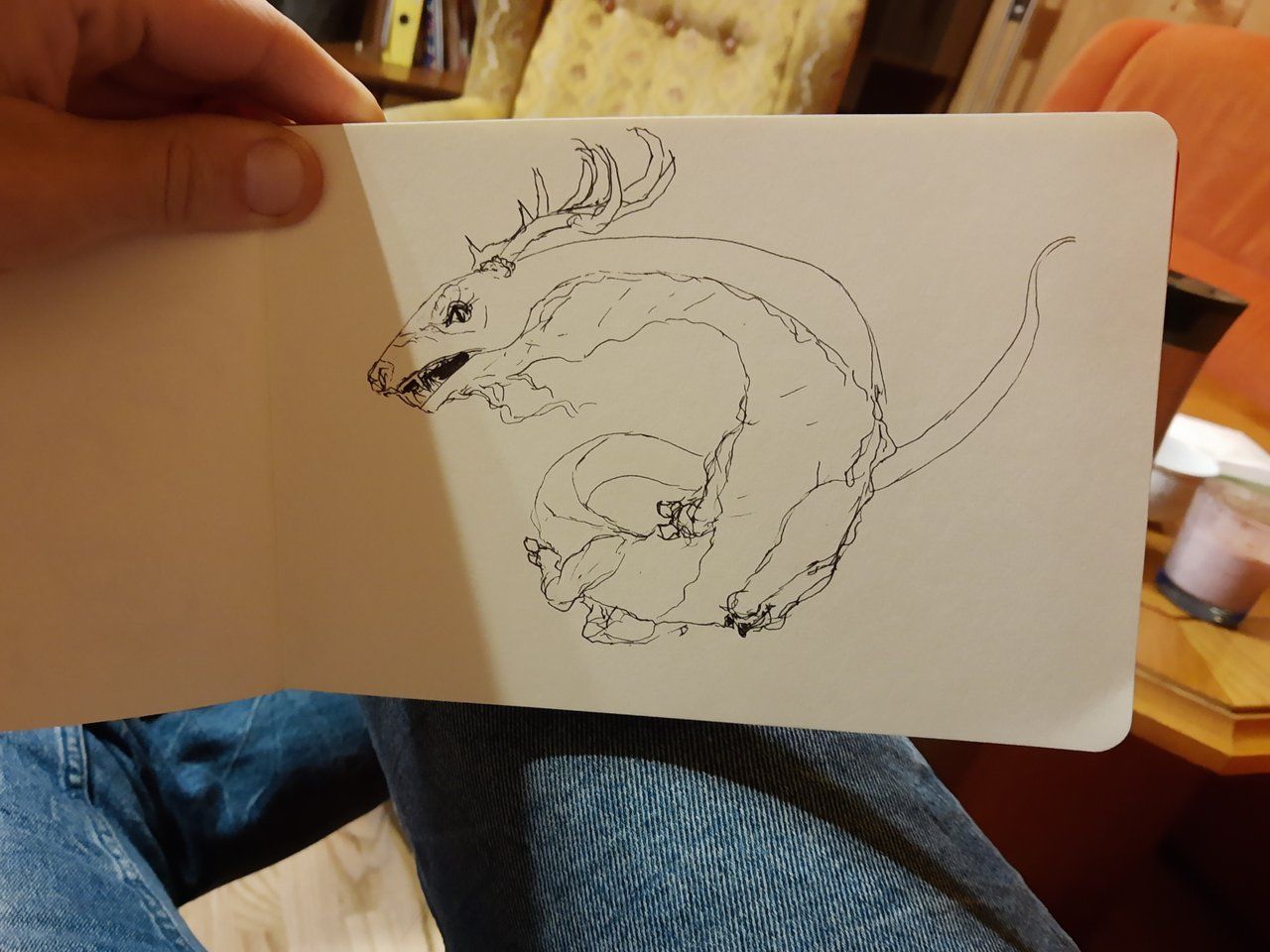 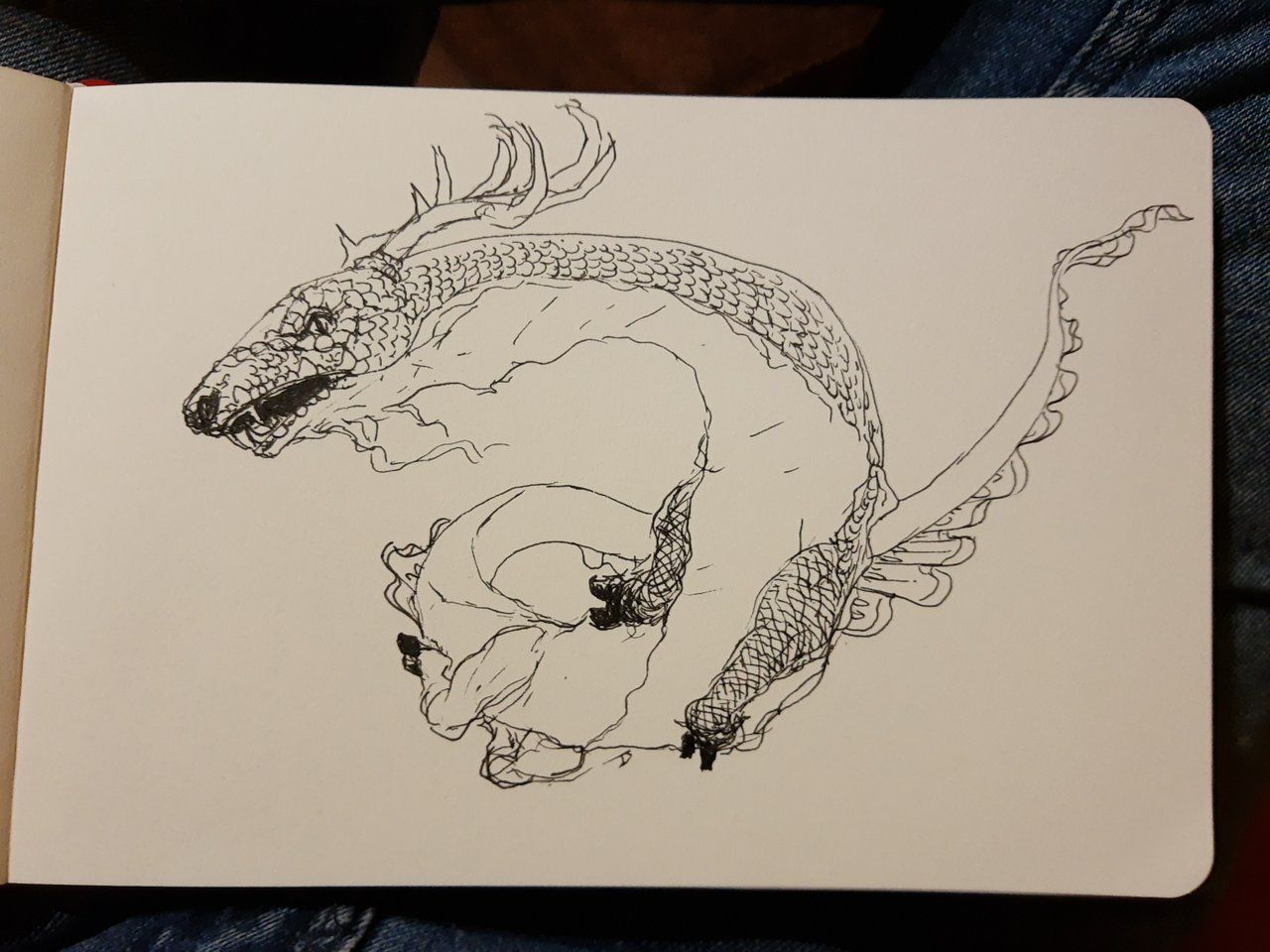 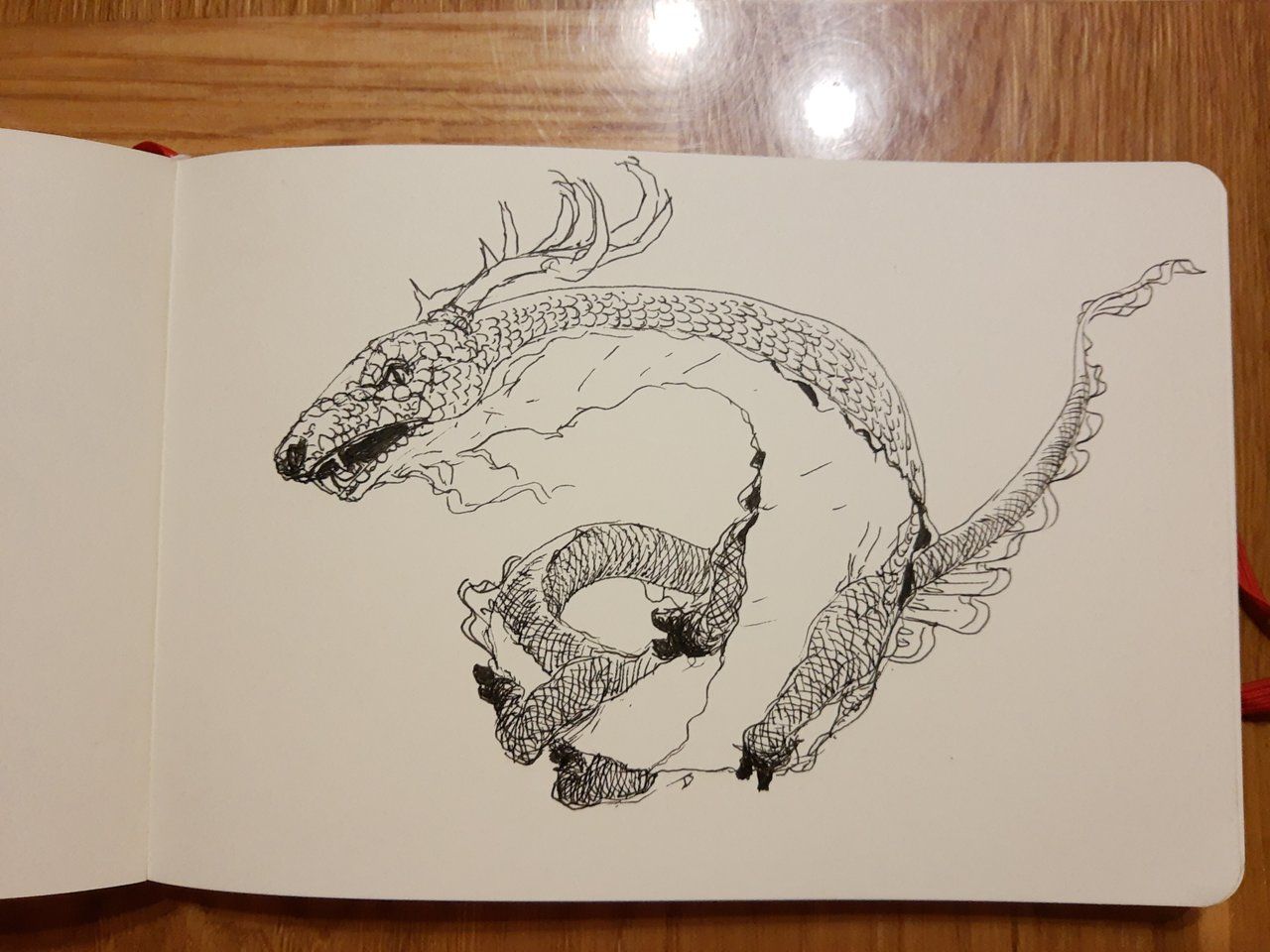