Ladybugs that have chemical weapons

Hello Guys... How are you today? 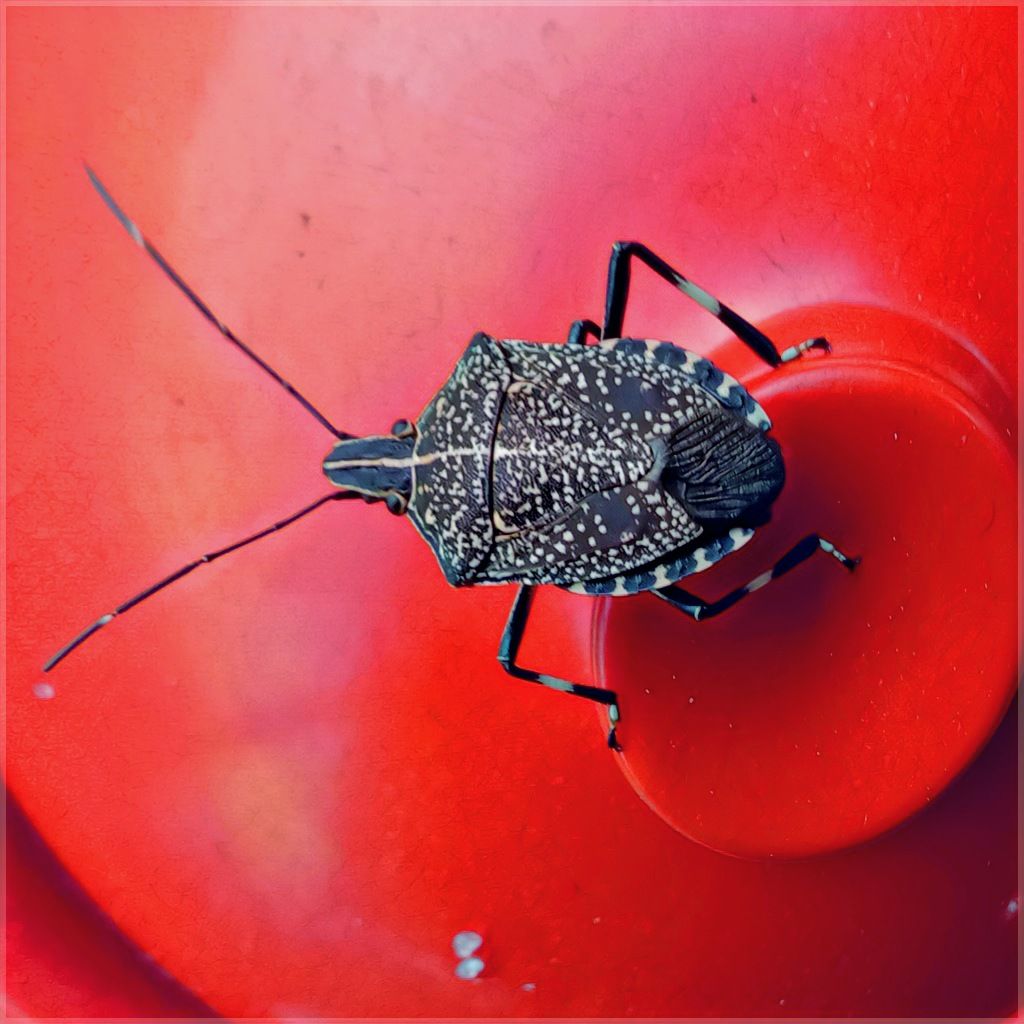 An insect of a different size from usual flying from an unknown direction landed on the sugar storage that was in front of me.

I know that this one insect is among the many species of ladybugs or in our territory it is often referred to as Smelly Insects or bad-smelling Bugs.

I myself do not know why these insects suddenly appear in front of me, generally the original location (habitat) is not here. In person, he has been seen, very often, on any large tree or leafy plant that has many small insects in it. 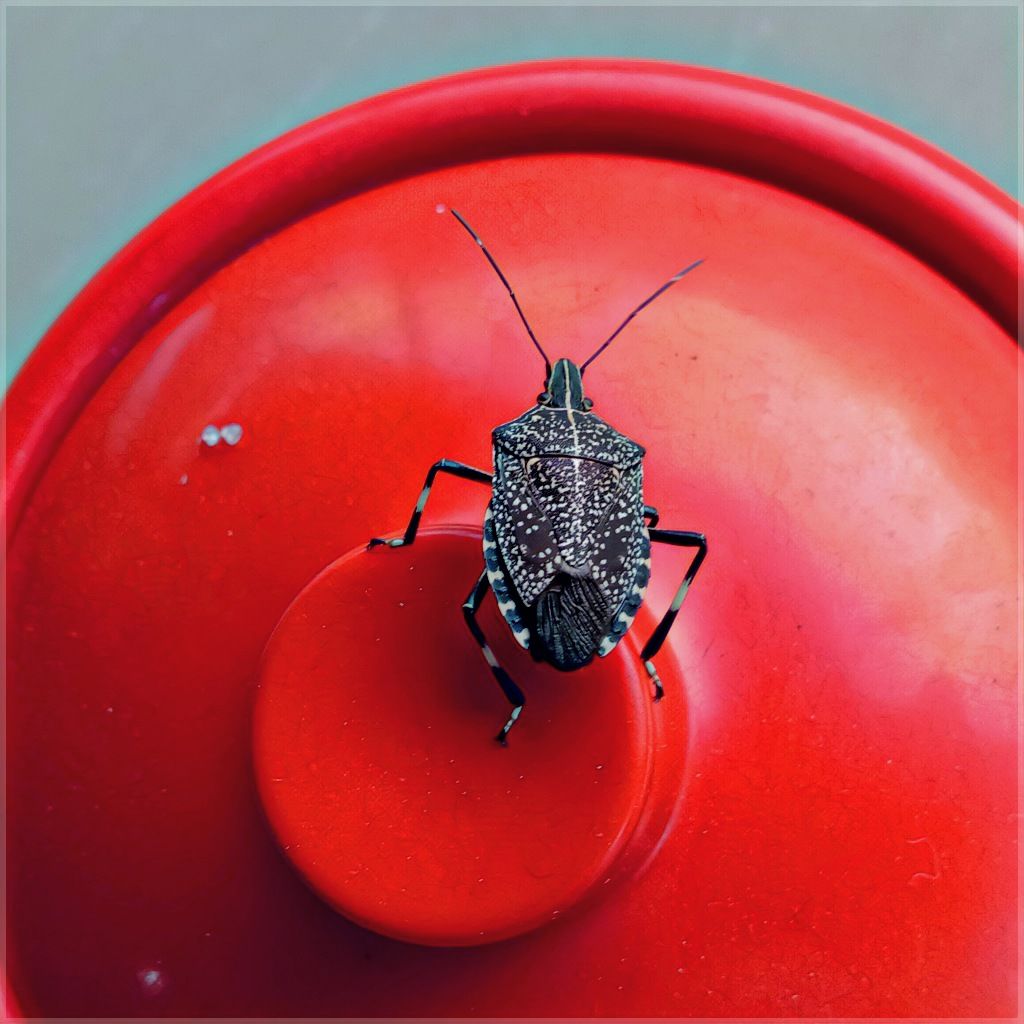 I tried to get him away from me or throw him away so he could come out and run away, because I couldn't stand the smell, it turned out that what happened was the opposite, he didn't fly in the other direction, he kept walking fast on my hands and he kept walking around the sleeve area.

Of course this makes us humans think why he behaves like that?

He behaved inappropriately. Of course there is something he is afraid of in his territory.

I searched for the answer on one of the Google search engines, and the results I got was that it behaved like that there was something about to hunt for it. 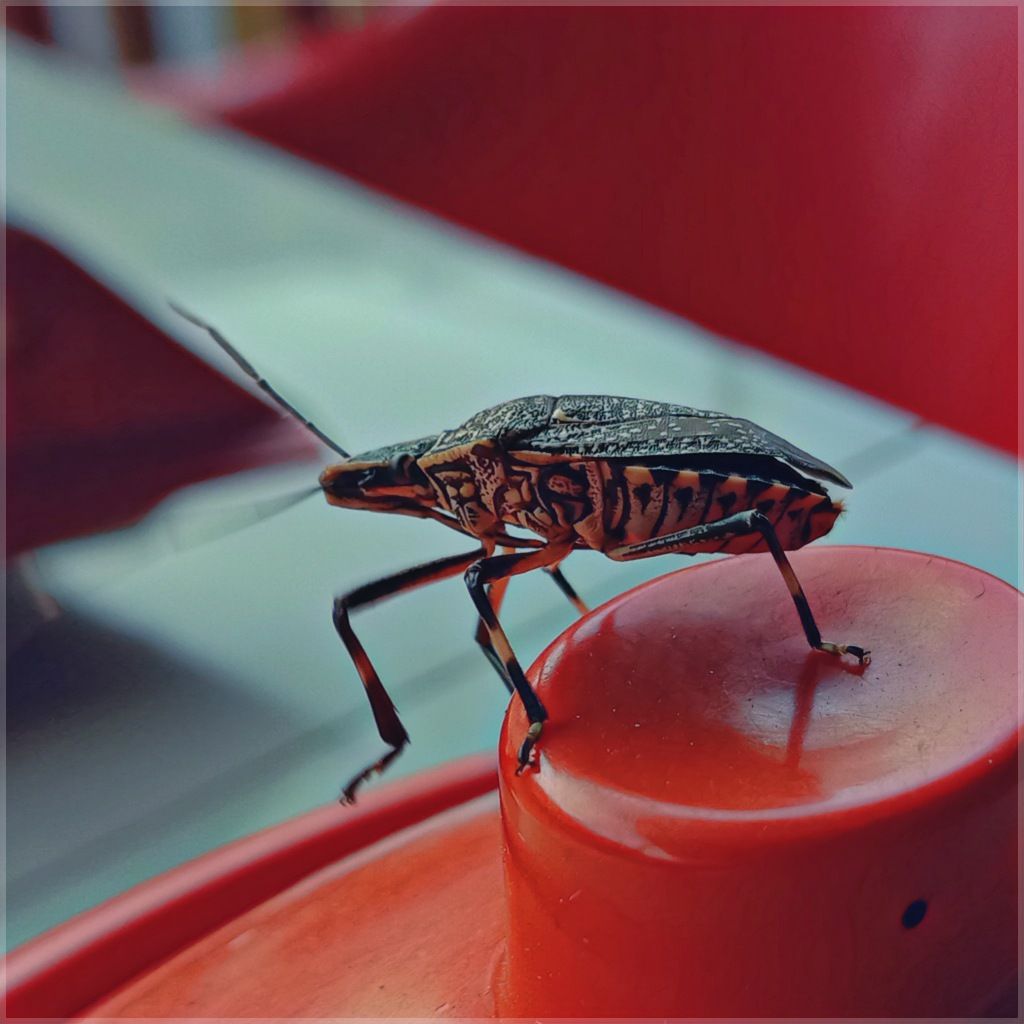 When I investigated it turned out that around him or to be precise next to me, there were several chicks on standby to monitor their whereabouts or condition. Thus, the unusual behavior that occurs in this one insect is answered with an erratic behavior, so that it comes and is suddenly in front of us.

His rushed arrival had a certain reason like a person running from the scrutiny of a bad person, his being with us was as if he was asking for help for himself from a predator who was waiting for him. So it is fitting that he emits an unpleasant smell, this is done to ward off his enemy from this deadly attack. 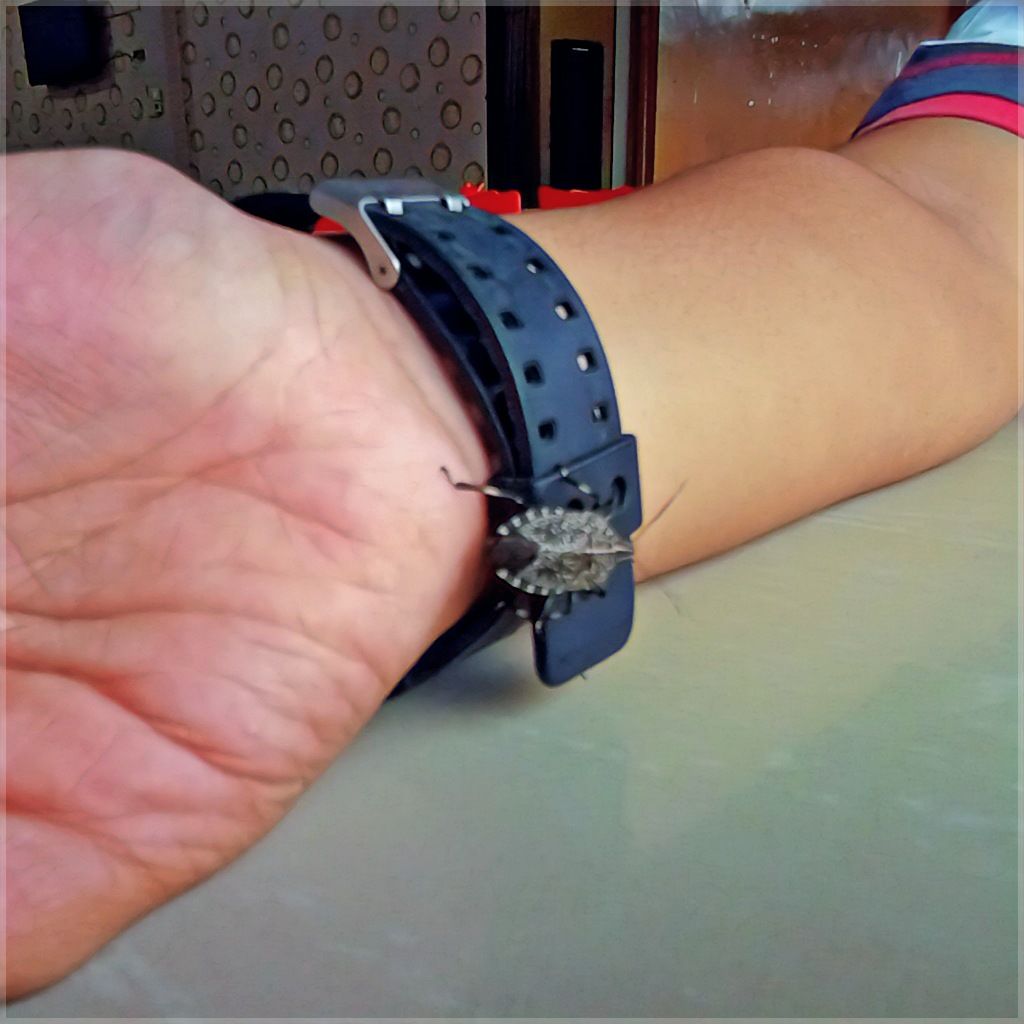 His behavior earlier made me understand his meaning, his existence from the start, like flying from an erratic direction, and perching in front of us. It turns out that it can be said that it runs away from monitoring prey or predators that come from the chicks.

Knowing that behavior, I let him walk or take cover over my body from the deadly attack that would fall on him.

However, this insect species has a characteristic that is always active in moving when facing something, it never stops walking even though it is only circling in the same area and this behavior makes us know there is something about it. Usually what is seen in his daily life or is commonly known to be a quiet insect and is mostly silent from moving. 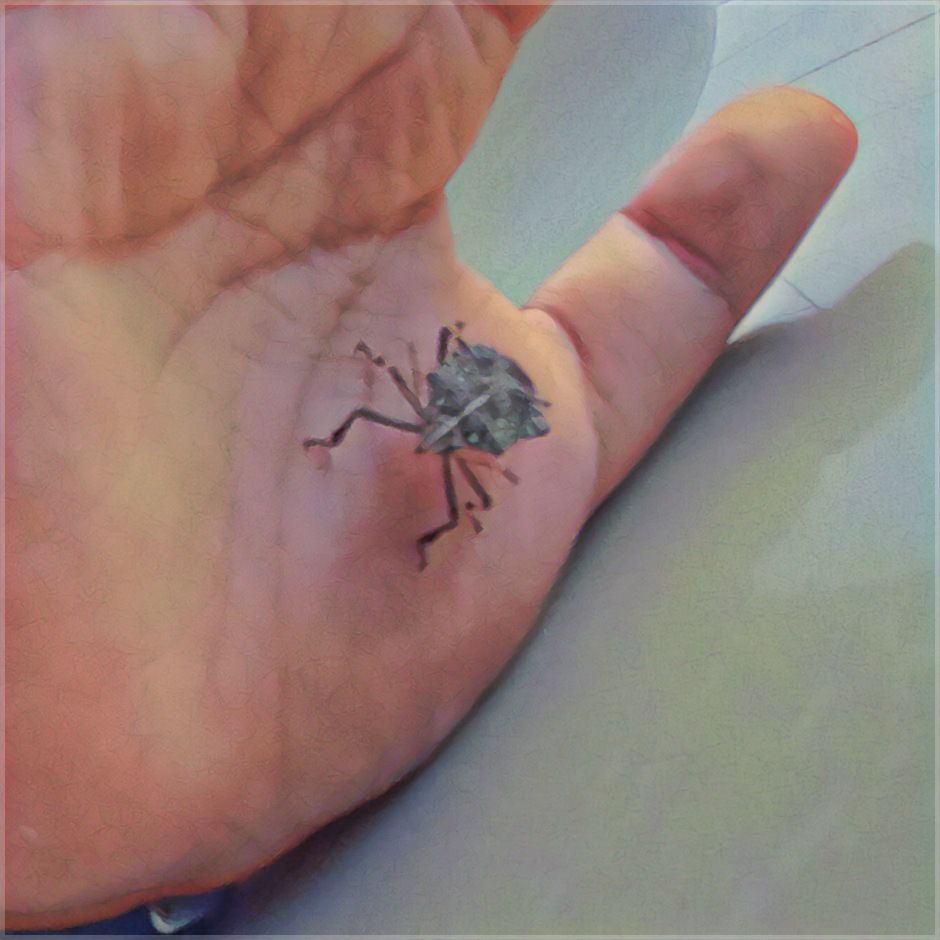 About the unpleasant odor emitted from its body through its soft feet, it turns out to be an unpleasant smelling substance or weapon to put in front of its enemy, usually this smell is on its feet, and this will be emitted as well as protecting it from predators, and also protecting its eggs from predators. In addition, this weapon is also used to immobilize other small insects that will be targeted as prey.

It is not only an object that is terrorized or hunted down by other animals, such as fowl and other flying birds. He also had a special advantage in hunting. Namely, it has the ability to prey quickly, can kill various stages of prey and can consume several types of prey. I have personally seen him he consuming a larva or a caterpillar that will pupate. 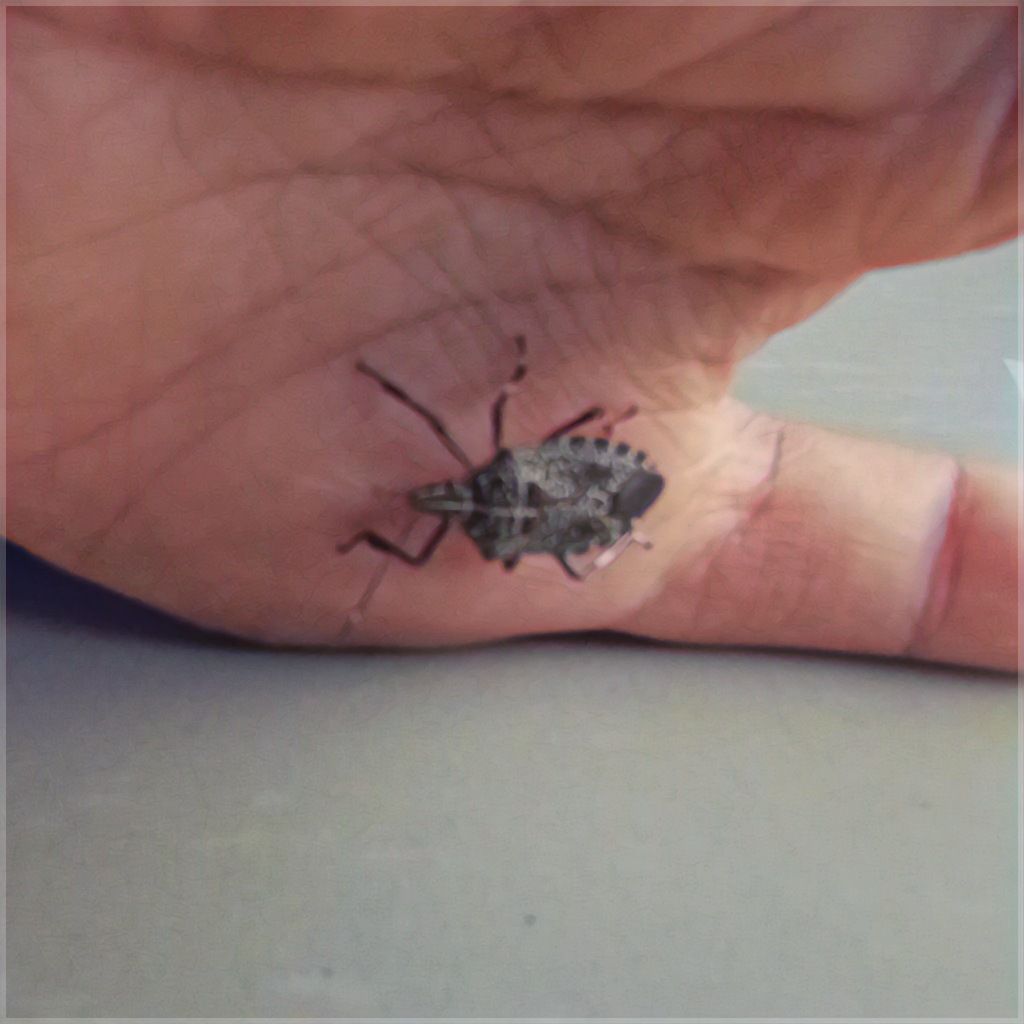 His prowess in preying is by affixing every unpleasant aroma (substance) as a conquering weapon. This can make the human head dizzy when inhaling it, so it's no wonder that a large caterpillar can be conquered with his weapon.

Maybe if there are dozens of these species in one location, then simultaneously they emit the scent, then it can instantly make humans pass out. This is due to the inhalation of a scent that resembles the smell of poisonous gas.

Maybe if someone is good at processing this substance, they can make an anesthetic weapon or other small weapon that can harm someone.

Description or explanation of writing and photos