How To Stop Raising NPCs & Zombies 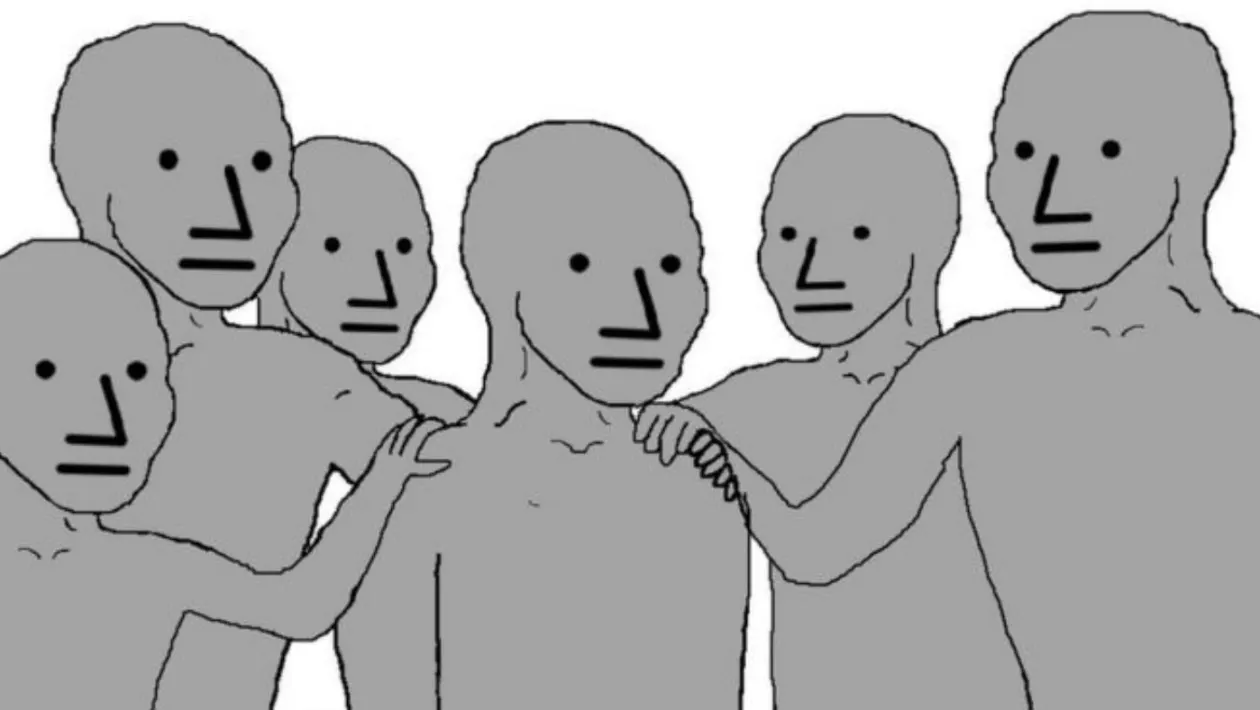 A "non-player character" NPC is a human that is unable to think objectively. Only capable of spouting "opinions" they are programmed to respond with and repeating in a cult-like manner.

An NPC has a soul trapped to this plane. Due to Babylonian hypnotic mind control magic and medications, NPCs are unable to vibrate at a higher frequency. Zombies are humans whom's souls have been killed by the same Babylonian magic and vaccinations, yet appear to be alive due to undeterminable causes. Their brain retains base facilities that allow them to function in everyday life. A near-mindless state with no remains of emotion, personality, or sensation of pain. They reflexively preform routine activities in their daily lives.

Zombies are literally soulless and cannot change the way they participate in daily lives. They are stuck in their daily routines and cannot communicate anything besides preprogrammed responses. Like NPCs their programmed answers get updated through media and their formed group.

Zombies cannot be saved or have their soul awakened.

NPCs are alive but trapped through the Babylonian magic of spells, drugs, trauma, subliminal based programming. Fear, anger, lust, drunkenness, greed, jealousy, and the like that are emotions that keep us trapped in the lower vibration.

Connection with the soul develops through conscious breathing which manifests calmness inside ourselves thus our vibrations begins to rise.

Another reason that realizing the firmament contains the constellations that influence our ways of being is right above us very close, not light years away from us.

The current demonic system works on cutting off our soul from the moment of inception through the mother's diet and toxins she has in her environment.

Then the unnatural prenatal vitamins instead of just a nutritious diet inject man made vitamin sources.

Then modern medicine does an ultra sound.

According to this study available here.

...the findings of this systematic review should be interpreted with caution. Safety implies absence of any deleterious effect, recognized or unrecognized, and it must be kept in mind that deleterious effects resulting from ultrasound may be subtle and appear many years after exposure.

The birthing canal stimulates the nervous system as the head of the baby squeezes through the vagina.

In the last 30+ years, C-sections have more than tripled from about 6 percent of all births to 31 percent, three studies report in The Lancet.

These Cesarean born children never receive the stimulation of the nerves, which I would argue effects the child's frequency or vibration. Their crown needs stimulation and that connection of pain and joy felt by both mother and child in the delivery process.

I would argue that this is a key programming that we get at the start of our breathing life.

If you are like me, one of those privileged males born in the USA, then you get to have 100,000 plus nerve endings cut off your penis.

A totally barbaric Jewish ritual that Rabbis do to stop men's orgasm control and reduce sexual pleasure for both the man and his lover.

Rudolf Steiner stated this over 100 years ago.

” In the future, we will eliminate the soul with medicine. Under the pretext of a ‘healthy point of view’, there will be a vaccine by which the human body will be treated as soon as possible directly at birth, so that the human being cannot develop the thought of the existence of soul and Spirit.
To materialistic doctors, will be entrusted with the task of removing the soul of humanity. As today, people are vaccine against this disease or disease, so in the future, children will be vaccinated with a substance that can be produced precisely in such a way that people, thanks to this vaccination, will be immune to being subjected to the “madness” of Spiritual life. He would be extremely smart, but he would not develop a conscience, and that is the true goal of some materialistic circles.
With such a vaccine, you can easily make the etheric body loose in the physical body. Once the etheric body is detached, the relationship between the universe and the etheric body would become extremely unstable, and man would become an automaton, for the physical body of man must be polished on this Earth by spiritual will. So, the vaccine becomes a kind of arymanique force; man can no longer get rid of a given materialistic feeling. He becomes materialistic of constitution and can no longer rise to the spiritual.”

Now do you see why no one talks of the aether and now only refer to the atmosphere?

Who's formula is greater than the creators?

We have been around a long time without any formula.

We even had wet nurses who breastfed and cared for other women's children. We did not use animal milk or formula in those days. Wet nurses were employed if the mother died, or if she is unable or chose not to nurse her own child.

This process of cutting us off from the creator and grounding us to this plane continues through government approved processed foods.

Disney sexualizing our children through subliminal messaging and modeling their behavior after their stars.

If we want a generation of high vibrational souls, instead of NPCs and Zombies, then we need to get back to doing things the natural way.

The natural way of the creator develops much more spiritually balanced people.

It appears quite clear to me to raise a well adjusted child requires radical simplicity.

Have your babies at home.

Do not get a birth certificate.

Get back to nature.

Raise animals to help manage your property and/or for a food source.

Educate your children at home and have them question everything.

If you don't know the earth is flat, look into it.

I explain why I believe the flat earth is so important to our world.