It's not as blockchainy as hive, it's a centralised service, but Noise.cash doesn't require anything more than a free Bitcoin Cash wallet. It seems fairly active, and is more aimed at short form content. 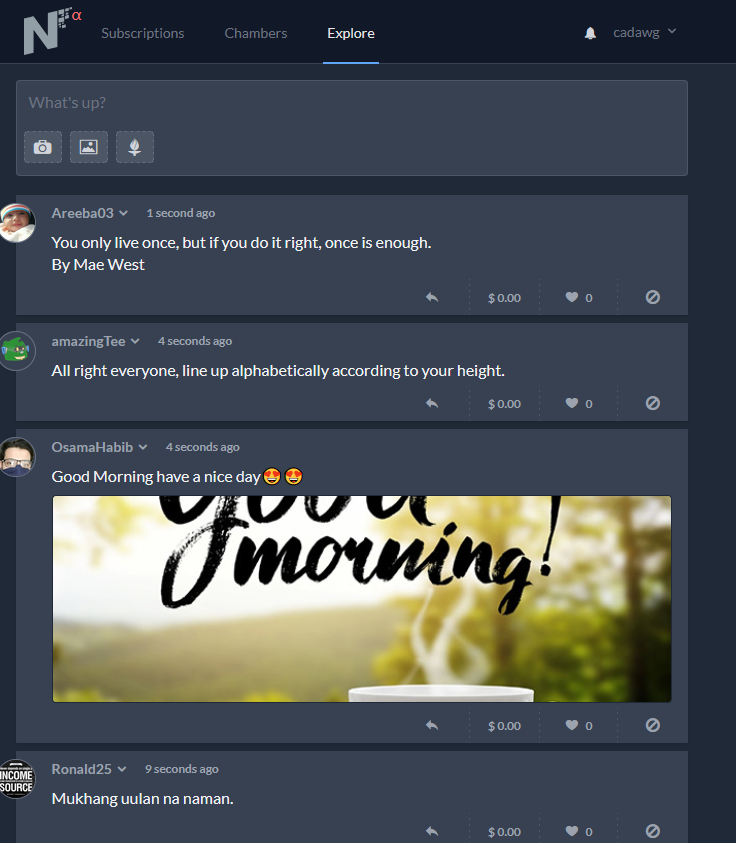 The blockchainy aspect is the fact that you can tip other users using Bitcoin Cash. I think something like this for hive could be useful, espcially if we had free wallets that have been suggested a few times, longer, random names, but they're completely free, like a bitcoin address would be. This could certainly be an interesting idea as it could enable something like this which allows you to use Hive without paying/signing up for an account, so you can have a taste of the honey and then get more.

Anyway, I know hive's got a few twitter clones, maybe it'll end up a little like this. It reminds me of Publish0x as it gives you free upvotes if you share them around well.

How much did I make in my first day?

25 Pence, which considering it's funded by the devs is not bad. I wonder if they'll resort to advertising to finance it in the long run or if they'll come up with something more innovative, I guess only time will tell.