UK Banks Refuse To 'Loan' Mortgages To Those Who Received a COVID Support Grant During Lockdowns!

If the financial and housing situation in the UK (and elsewhere) wasn't already insane enough, now the 'bankers' have taken things to another level. The BBC has reported that banks are refusing mortgages to those who received government payments during COVID lockdowns in order to survive! 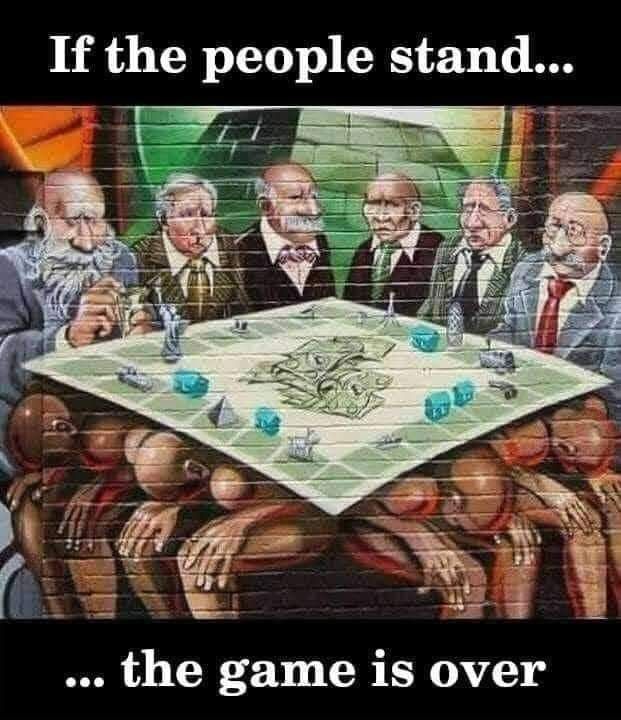 The people calling themselves your 'rulers' decide through some quite dubious 'science' that they are going to drastically limit your ability to move and work under threats of violence. They call this a health 'lockdown', but it's ok - they'll 'pay' you for the duration the majority of what you would have been earning if you had not been forcibly restrained for your own good.

Of course, they aren't strictly *paying *you anything at all - since they don't deal with a solid financial system - they are simply devaluing the currency that all of your wealth is measured by and then distributing new money as part of that process. Effectively, the financial support packages are a redistribution of a percentage of the wealth of all holders of the currency in question. In any case, you appear to receive some money to help you survive in their economic system while locked down.

Imagine your surprise, when this totally altruistic and in no way sinister payout system results in you no longer being able to buy a home via a mortgage because your receipt of said 'payments' is now considered a marker of you being a risky customer for 'lenders'! That's exactly what some big banks are now saying/doing in the UK - As reported on by the BBC here.

Reality here is that an economic system that prices out people from protecting themselves from the elements unless they are 'approved' by a bank is not fit for purpose - assuming we intend to live life and not desecrate it at every opportunity. Yet now they are taking the servitude to a new level.***

The Evil of Mortgages

Mortgages are easily one of the most criminal concepts I have come across - but few have yet learned the truth of their mechanics and why they are so evil. In short, the mortgage 'lender' tends to not actually have the 'money' they are loaning and are instead legally allowed to literally create the money from nothing and loan it out at interest. They can do this up to set percentage of the actual money they hold and this is part of the fractional reserve banking 'system' that permeates our world, but which still few know much about.

If you've never heard of this topic before, I highly advise you to take a few hours at least (or days) to review the video material in the money katalist at ureka.

You are going to need to take action to activate your free will if you are to survive at all. No, not all humans are the same - some are vampiric predators and they direct the big banks.