[Текст на српском] Do you know who Ross Ulbricht is? Let me remind you: He is, under the nick “Dread Pirate Roberts”, a creator of Silk Road, a massive dark web drug market. Caught, prosecuted and sentenced. End of… Wait, it's just the beginning of story!

Judges simply disagreed and Ulbricht was sentenced (Judge Katherine Forrest) to life! Can you imagine such “justice”? How come? How is it possible?

Well, it is possible because…

Now you need to know the real construction of the U.S. Justice System and American drug laws. It's all constructed to protect the greatest drug pushers. The truth is that Ross Ulbrich has offered an alternative to the Big Pharma criminals who are running the opioid business! And they are running it in the open! Anyone who dares to cut a slice of that cake, has to be removed, if possible with exemplary, draconian punishment!

And where do Big Pharma pushes opioids?

According to CNBC, Mark Zuckerberg is at once shocked by the opioid crisis! But guess who is profiting from it, by allowing black market sellers to push their drugs? Zuckerberg! At his very own site, Facebook! 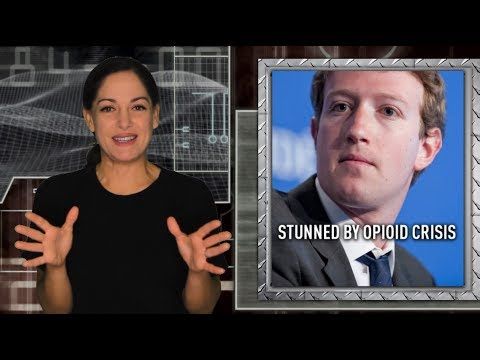