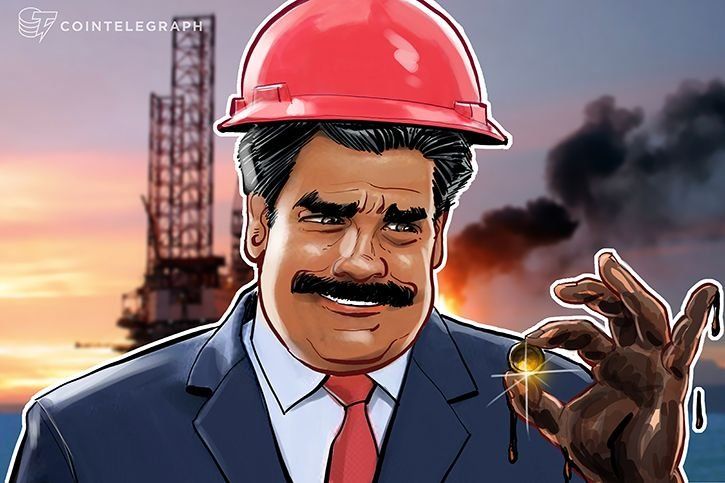 [Текст на српском] The states are slowly beginning to understand that bitcoin of the 21st century can not be regulated using measures from the twentieth century, which are based on the traditional maintenance of paper scams. That is why a new phase of their future failure follows: An attempt to create centralized cryptocurrencies and hinder the trade in decentralized cryptocurrencies through the exchanges…

President of Venezuela Nicolás Maduro has ordered the notify of a hundred million petros on Friday, Jan. 5th, a national cryptocurrency that will be supported by the largest national natural wealth — oil. One petro will be worth one barrel of oil. Likewise, he called all the “miners” of the national currency to a state-level meeting, where they will be presented with the new currency whitepaper. From this, at least two things are clear:

Maduro has just exposed his country to a complete collapse. It will be reconstructed by that part of the Venezuelan people who, out of desperation because of enormous inflation, now mine decentralized cryptocurrencies such as bitcoin, ethereum, monero, zcash, litecoin…

Russia has announced the introduction of cryptoruble, but it turned out that there is strong resistance to this idea inside this government. That's good. As we have seen on the Venezuelan case, the issuing of a centralized national cryptocurrency is a certain path into disaster, and the issuance of good, decentralized cryptocurrency cannot be nationally restricted or controlled.

More natural way of starting a “crypto-revolution” for countries would be to create a separate payment system for interstate clearing and payments, based on a blockchain (similar to today's interbank system known as ripple), in which all the mining nodes would be under control. Personally, I would not have confidence in such a system, but it is much safer for both the state and the people in comparison to Maduro's adventure. In the meantime…

The Russian Ministry of Finance has drafted a bill that legalizes trade in cryptocurrencies on approved exchanges. Finance Minister Alexei Moiseev has indicated that the government is seeking to provide greater oversight.

In truth, this is the only thing that governments can try — to control the flows of exchange between paper and cryptocurrencies. To their grief, centralized exchanges are not necessary at all in the world of decentralized cryptocurrencies. They are necessary evil during the transition period and are mostly led by established fraudsters or future fraudsters who run the job fairly until the first serious hacker attack happens, or until the temptation becomes too great.

The natural way of exchanging decentralized cryptocurrencies is direct exchange between people. Want to buy something over Steemit? You do not need a bank, exchange, or state. Want to be completely anonymous? Use monero. Or as soon as the Lightning Network starts functioning at bitcoin and litecoin. And on everything which has the SegWit system implemented. That cannot be regulated and controlled in any way. Nor is it necessary.

Every single state strike is doomed to failure for the simple reason that no country within the bounds of its petrified bureaucratic consciousness is able to resist technology. It is not the state that has power to prevent decentralization, but decentralization has the power to completely change the character of the state. Certainly for the better, because the current character of the state has brought the world to the edge of survival.