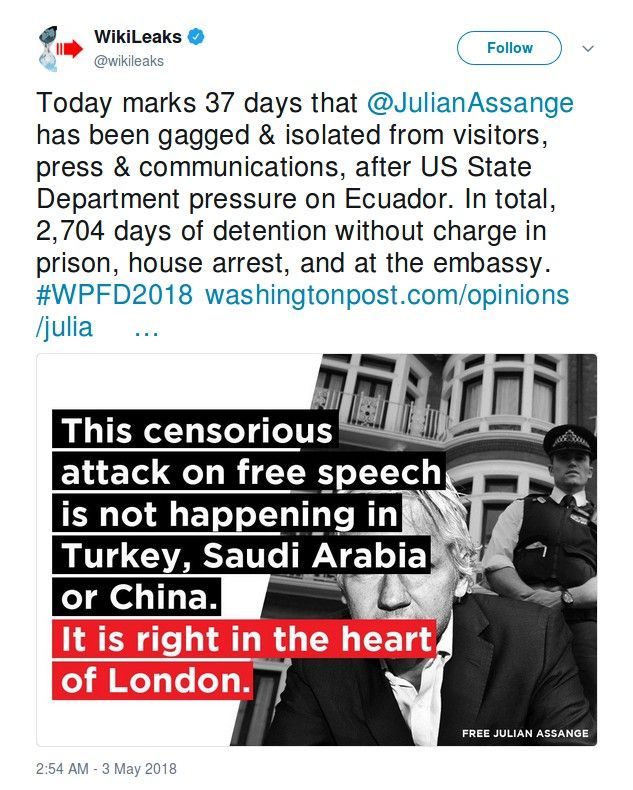 Rogue and criminal regimes of US and UK have exerted pressure to Ecuador government and force it to cut off all the connections of Julian Assange with the World. And now we have hints of something even worse…

It's been 37 days since Julian Assange has been blocked of any communication with the World. On May 11th, TeleSUR in English tweeted that under the new rules announced by the Ecuadorean Embassy, Wikileaks founder has been banned from receiving visitors and phone calls! Now he officially has a worse status than imprisoned murderers and terrorists.

Foreign Minister Maria Fernanda Espinosa, a member of the government which granted citizenship to Julian Assange, confirmed that hee was still being denied internet access while talks between the UK and Ecuador to decide on his fate are still ongoing.

"He still has no access to the Internet and communications. There is a dialogue, there is a will and an interest to move forward in the solution of that matter"

Since freedom and truth are not negotiable, this statement encourages fears that the Ecuadorean government could abate under pressure and extradite Assange to the criminals. 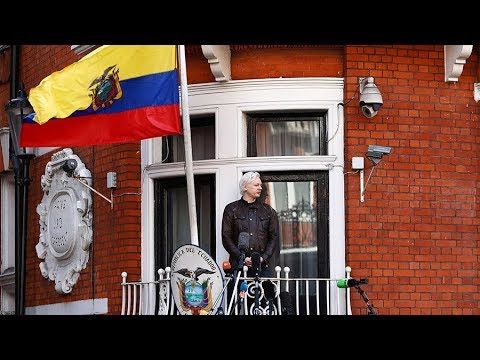 If the World betrays Assange and allow the extradition, then it deserves all the consequences of unbridled fascism…