After dozens of reports of deaths due to sudden blot clots, and weeks of nonstop promises that AstraZeneca's product is "safe and effective", Canadian officials are pulling it from use until further analysis can be completed. AstraZeneca has been touted as "the world's vaccine" because it is easier to transport than Pfizer or Moderna, and has already been given to millions of people. The stoppage, while potentially temporary, will be a signal to many that maybe they should rethink their blind faith in the state's untested rushed experimental "vaccines". 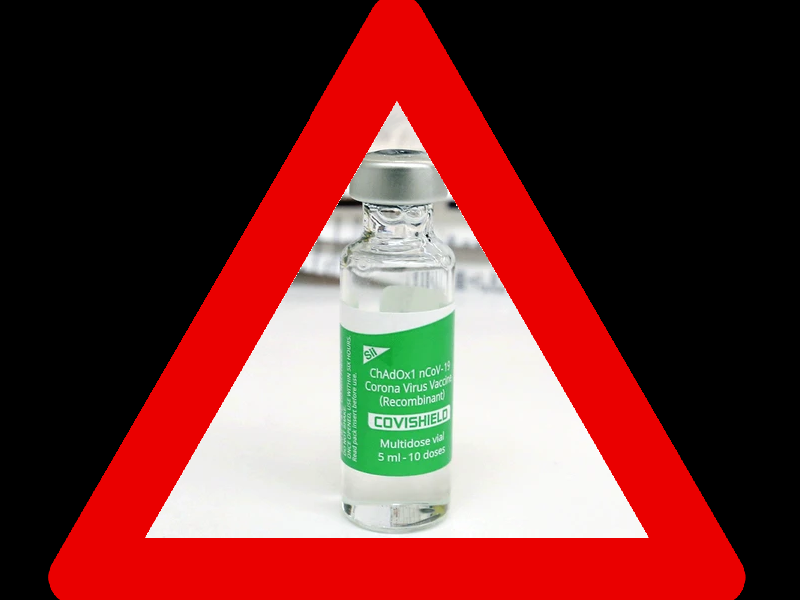 "Canada received 500,000 doses of AstraZeneca, made at the Serum Institute of India. Last week, Health Canada changed its label on the vaccine to warn about the rare risk of blood clots." But today, it's use is suspended here in BC, and most other provinces are following suit. The word is spreading - do NOT give AstraZeneca until further notice!

Even just yesterday, tens of thousands of teachers, nurses, cashiers, and others who interact with the public were being injected with this product. The Province writes "15 per cent of eligible people in BC have received at least one shot."

How must it feel, to have just taken this into your bloodstream, and then hear a previously-unknown side-effect is killing a small percentage of healthy recipients? Suddenly, these people realize they are playing Russian roulette with the "vaccines". They have just pulled the trigger, and are waiting to find out if the chamber had a round in it. The blood clots could take days or weeks to manifest. Even if the person survives, they've got to at least question their strategy at that point.

All these vaccines - not just AstraZeneca - are always said to be "100% safe and effective", right up until the moment they are recalled, paused, or halted. Problems are denied, and those who discuss the problems are called "anti-vaxxers". When the problems can't be denied anymore, they are downplayed.

But the damage is done. The pro-vaxxers have finally been forced to admit that sometimes, people are injured and killed by their products. How this impacts the overall vaccine rollout and narrative is yet to be seen.

I'm reminded that past "pandemics" have gone much the same way, like in 1976 with the swine flu. Fear was ramped up in the media, the vaccine was rushed out by big pharma, presidents took it live on TV to bolster support, and millions were injured and killed. The products were recalled, the "pandemic" went away on its own, and the whole thing was covered up and forgotten. You really have to dig if you want to learn about that stuff, but it's there. Time and time again, we rush out unnecessary vaccines, hurt a bunch of people, and then try and pretend it never happened.

For me, this is just one more reason, on a huge pile of reasons, why I will never voluntarily take a Covid vaccine. Unfortunately, I might not have a choice, as Canada (and the USA) are now discussing mandatory vaccinations. For my full #DeepDives article about that, please click here. 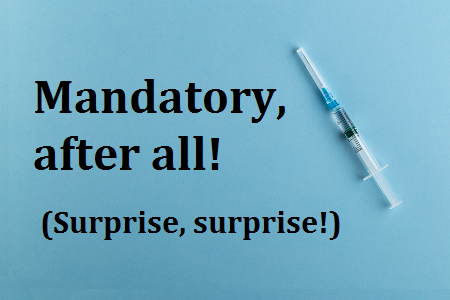 I'm not telling anyone to avoid the Covid vaccines. I'm saying, as I have from the start, that you should make up your OWN mind, once you've learned everything there is to know about it, and weighs the pros and cons against your own personal situation. I'm saying that you aren't crazy to take a wait-and-see approach to these rushed, untested, and unnecessary pharmaceutical products. The crazy ones are those without any knowledge of the "vaccine" who are purposely ignoring warning signs and refusing to investigate. History clearly shows that blind obedience to the state, mainstream media, and big pharmaceutical corporations is NOT healthy. It's potentially deadly.