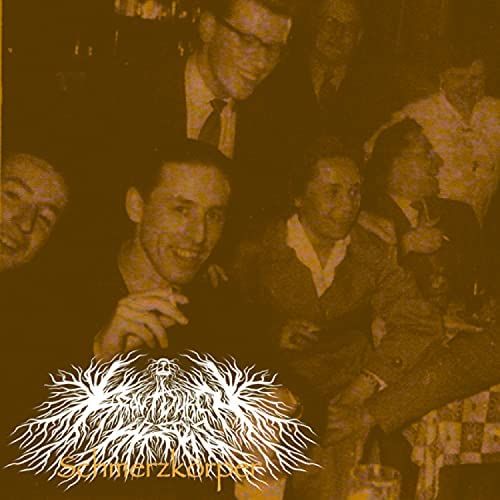 If you’re into Black Metal or Doom then I invite you to check out the debut album by Kravt durch Krebs called ‘Schmerzkörper’. Check out the album on Spotify here: https://open.spotify.com/album/4Sud0N4y5sHlS8x7ch4Ix1?si=Ap3DOL9MQg-TPdSTNxRpHQ

The album starts with the song ‘Ich Bin’, which is German and means ‘I am’. The first thing I want to mention is the fact that there is an official music video on YouTube, which features some great animal and nature shots, so I’d recommend you watch the official video and listen to the song at the same time: 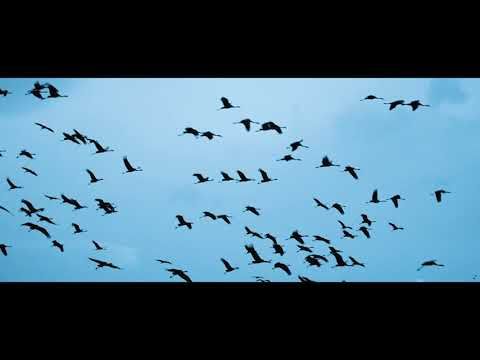 When I listened to the song for the first time I was so curious about the lyrics that I had to contact the artist and ask him what exactly is being sung/screamed, as I couldn’t quite hear it. It turns out the lyrics are entries from his diary, which were all recorded in one take. The lyrics are not to be understood - this was done on purpose - the listener is supposed to focus on the energy, rather on the exact words. The song ends with the words ‘ich erschaffe kein weiteres Leid mehr- ich erschaffe kein weiteres Drama’, which means ‘I won’t create any further suffering, I won’t create any further drama’. While this entire track is obviously very dark and ‘Doom’ Metal sounding, the interesting thing for me is the hint of ambience. What I mean is the fact that there is a calmness, or a clarity, almost hidden in the chaos and doom sounding distorted guitars and vocals (even though there is a lot of screaming). I actually asked the artist about this and he said that his music does have a strong therapeutical touch. That’s because the chord changes are quite subtle and as the next song suggests, it is ‘frequency-keeping’. This is usually something that people use for meditative sounds, or ‘zen’ sounds/music. So to hear this combination of very dark Metal with frequency-keeping touches is very interesting to me. The next track is called ‘Frequenzerhalter’, which means frequency-holder. The first thing the listener gets to hear is quite a gentle electric guitar melody with some echo and reverb effects. The drums kick in at 14 seconds and the song shifts into a much darker and much more powerful sound around that time. The interesting thing here is that the lyrics only contain 2 words - ‘Geiper’ und ‘jetzt’. The first word is actually a creation by Knecht Geiper (the creator of the project Kravt durch Krebs) and it means spirit and body in German. The second word ‘jetzt’ means now. I don’t think I have ever heard anyone combine two words, turn it into a new word and then include it in a song, so the creativity is definitely present here.

Song number 3 is called ‘kopfkriecher’, which is German for head-crawler and this is exactly what this song does. It is perhaps exactly what comes to mind when I’d think of the Doom genre. Having said that, I think the song starts with an acoustic guitar, or maybe a very clean electric guitar sound, either way it does start very dark, since the note is very low. This is the first song on this album that has lyrics that are quite understandable for me (the lyrics are in German and I happen to be German myself). While the instruments are very dark and Doom-sounding, the lyrics are very philosophical. They are basically about being present in the moment and not feeling like there is always something to do that will make you feel a certain way. 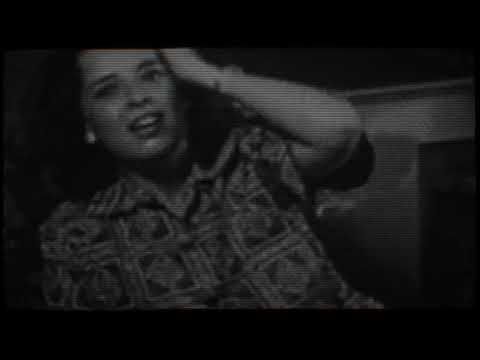 This very short, but powerful and deep track is perhaps my personal favourite on this album, as it deals with the hectic, anxiety provoking digital age that we all find ourselves in. I’d recommend to watch the video linked above, as I think the visuals work very well with the music. The last line ‘Welt wird bunter’ means the world is getting more colourful and while many people welcome the progress, this track definitely highlights the dangers that come with it. In particular all the negative aspects of social media and the digital age, which can actually makes a person develop psychological conditions. 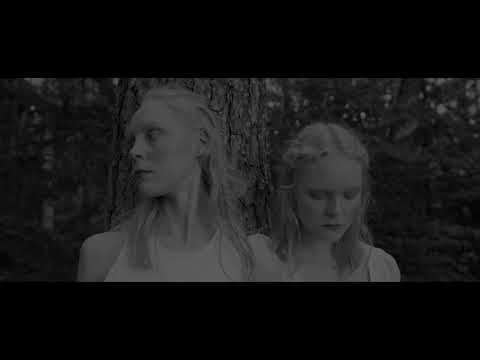 The title of this means ‘Your awkward life’ and this is a song against Nazis. Once again the video is excellent and I can only emphasise the importance watching the video with the music. At this stage I also notice the very aggressive drums that we have been hearing throughout this album, on this track the drums actually calm down towards the end. However, there is a sound of a drill being used, which is quite haunting and leaves the listener thinking.

‘Hexenhammer’ is the title of song number 6, which means ‘witch-hammer’. This one starts off with a nice guitar, bass and drum melody that builds up over time. Once the song truly starts at about 50 seconds it really starts to rock. The drums are very intense again in the first part, yet they get a bit calmer at times. The lyrics are actually not understandable at all at first, due to a lot of distortion, however in the middle of the song the lyrics are spoken without distortion and clearly understandable. I would describe them once again as very philosophical, this time he is taking on the subject of time and superiority. Towards the end of the song the lines ‘I’m rotting away, my heart hurts’ are spoken very clearly, and I feel like that’s something that might be a direct consequence of the digital age, which was mentioned in the song #Erwartungsparasit. 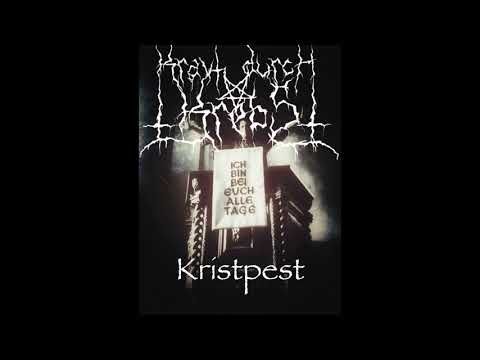 In Knecht Geipers own words this song is about ‘the beginning of A-Sexuality’ and while this song has strong Doom elements, there are also some Metal elements in this as the drums and guitar switch between very slow Doom sounds and a faster melody that make it sound more like Metal. The lyrics are spoken clearly and understandable. Towards the end the song goes full-on Doom Metal and the distorted guitar takes over. The song ends with the sound of a drill while the words ‘Ein hoch auf den Bohrhammer’ are spoken, which means ‘All hail the drill’.

The following track is called ‘Nicht Mensch’ and this track is a ‘small meditation to calm down’ according to Knecht Geiper and once again I find the mix between meditative sounds and darker sounds very interesting. This track features percussion that sounds like bongos to me, a very clean guitar that might even be acoustic. There is a distorted guitar as well, but even that is surprisingly calm. The song ends with an acoustic guitar solo that I would consider very calming indeed.

The final song on the album is called ‘Das letzte Aufbäumen’ and there is one line in particular that really speaks to me and I think it will speak to a lot of people. The line is ‘Wenn du dich entschuldigst - überlege mal - kommt es dann von Herzen oder ist es versteckter Groll oder Scham’. It means ‘When you apologise - think about it - does it come form the heart, or is it hidden anger or shame.’ There are many lines like this on many tracks of this album and while many people may not like what they would hear, it is certainly a truth that many people need to face. Listening to this album has been extremely interesting for me. I listen to a lot of new music every day and since the pandemic began there had been a very interesting shift - some artists seem to completely ignore it and pretend everything is fine. Other artists seem to be much more realistic and use the current global crisis, or at least they produce songs that I would consider appropriate for such a dark scenario. This album is definitely one of those and for exactly that reason I recommend you listen to the entire album and follow Kravt durch Krebs! Here is the link to the official YouTube channel: https://www.youtube.com/channel/UC9QYTEUCsKjgwNgAnUS3bcg

Disclaimer: This is a sponsored post, however, all opinions are my own. Content of the artist in this post is used with permission, no copyright is violated.