This is a film directed by American screenwriter Matthew Michael Carnahan, and produced by the Russo brothers and although it is set in Iraq and is in fact a story about Nineveh SWAT team who are fighting to bring down the Daesh/ISIS group in the city, and director Mathew Carnahan as described here avoids giving the perspective of the white, American savior:

The SWAT team is made up of men who’d lost a family member in the fight against the terrorist Daesh group and were wounded from such fights. The leader Major Jasem was a formidable character and father figure with good instincts and a large heart. Kawa, one of the young men who’d been involved in a shoot out with the Daesh in which his uncle was shot dead was invited to join them on the spot and together these men who’d been presumed to be long dead continued on their mission to overthrow what remained of the stronghold on Mosul with the faith and fearlessness they could muster. 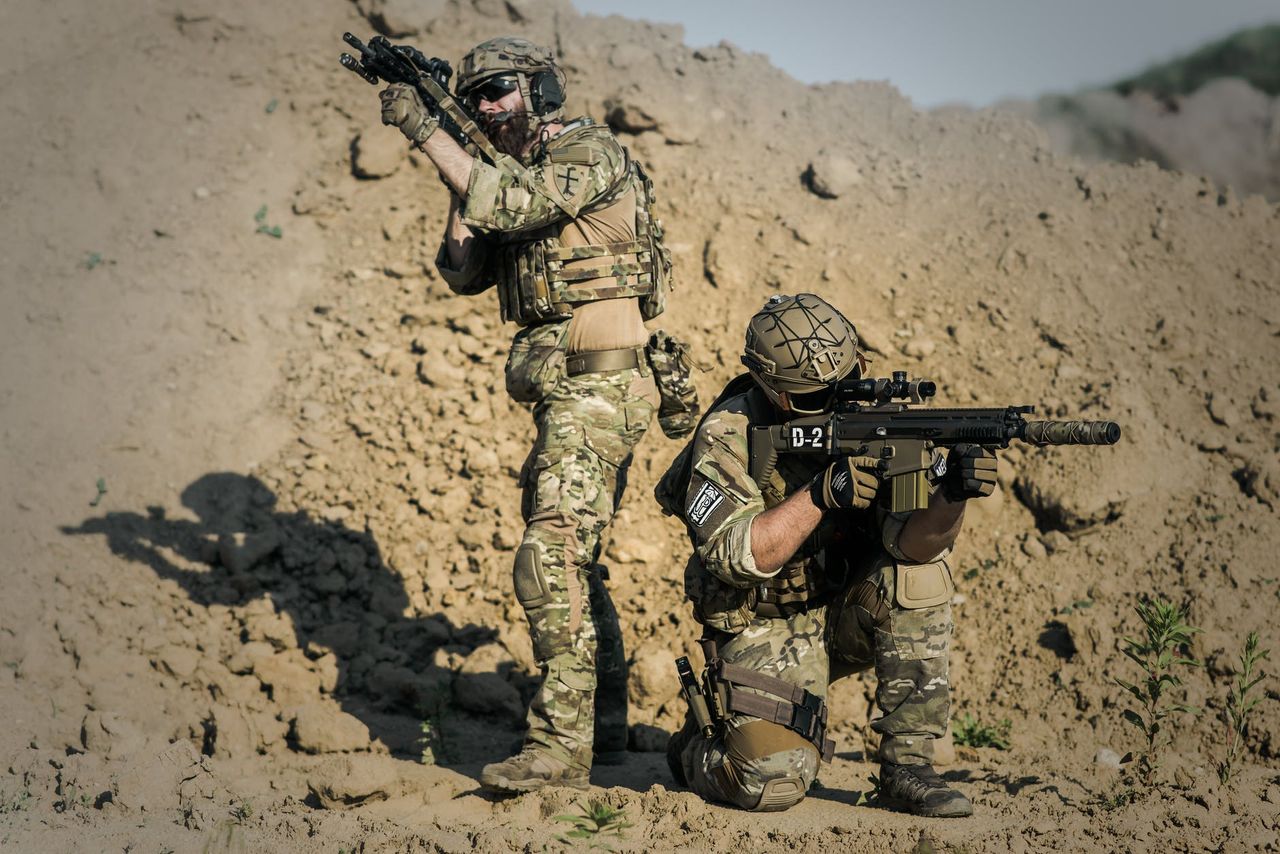 Hindustan times describes the structure of the film as follows :

It’s structured almost like a video game, with several side quests -- including an ‘escort mission’ -- peppered throughout the narrative. This is in no way meant as a criticism. It’s simply a lean way to tell a story, a technique that the Russos previously employed in Extraction as well.
But unlike that film, Mosul isn’t all wall-to-wall action. Carnahan, the veteran screenwriter behind films such as The Kingdom, World War Z and Deepwater Horizon, pauses the pulse-pounding violence for moments of surreal absurdity. In one scene, Major Jasem exchanges cartons of cigarettes for much-needed ammunition. In another, the SWAT team takes refuge in an abandoned apartment and recharges on reruns of a Kuwaiti soap opera.

I do agree that those juxtaposed moments of whatever brief moments of pleasure they could steal and the impending fight were so vivid but they served the effect of reminding that at the core, these men were just humans like everyone else and that above all they wanted peace and normalcy in their city.

The New York Times describes it as a story of single-minded humanitarianism framed as a relentless action spectacular.

I share the DigitalSpy critique of the keeping in the dark of the SWAT team’s mission from Kawa, the youngest/newest recruit:

It's not even until near the very end that Kawa even fully understands their mission when we get an exposition dump. Without this, it's hard to get fully invested in the story or the characters, however intense the action is.

It really was a blind following on a young man who’d just experienced trauma. But I saw the fierce determination to follow through with the mission even though he didn’t know what it was admirable. He saw the fruits, he saw the efforts and he believed in his heart that it was a worthy cause.