#294 - Street monochrome shots. A happy weekend again my fellow Hiveans. Our dear Hive still intact at $.04 and hopefully will bounce back to $0.5 already.😊

Allow me to share some photos taken in the streets of Marikina. This first one shows a large size woman walking with the help of those two crutches, one is an umbrella it looks like. She is having a difficulty walking hence she needs those. She just passed by a busy market area where there are plenty of people. 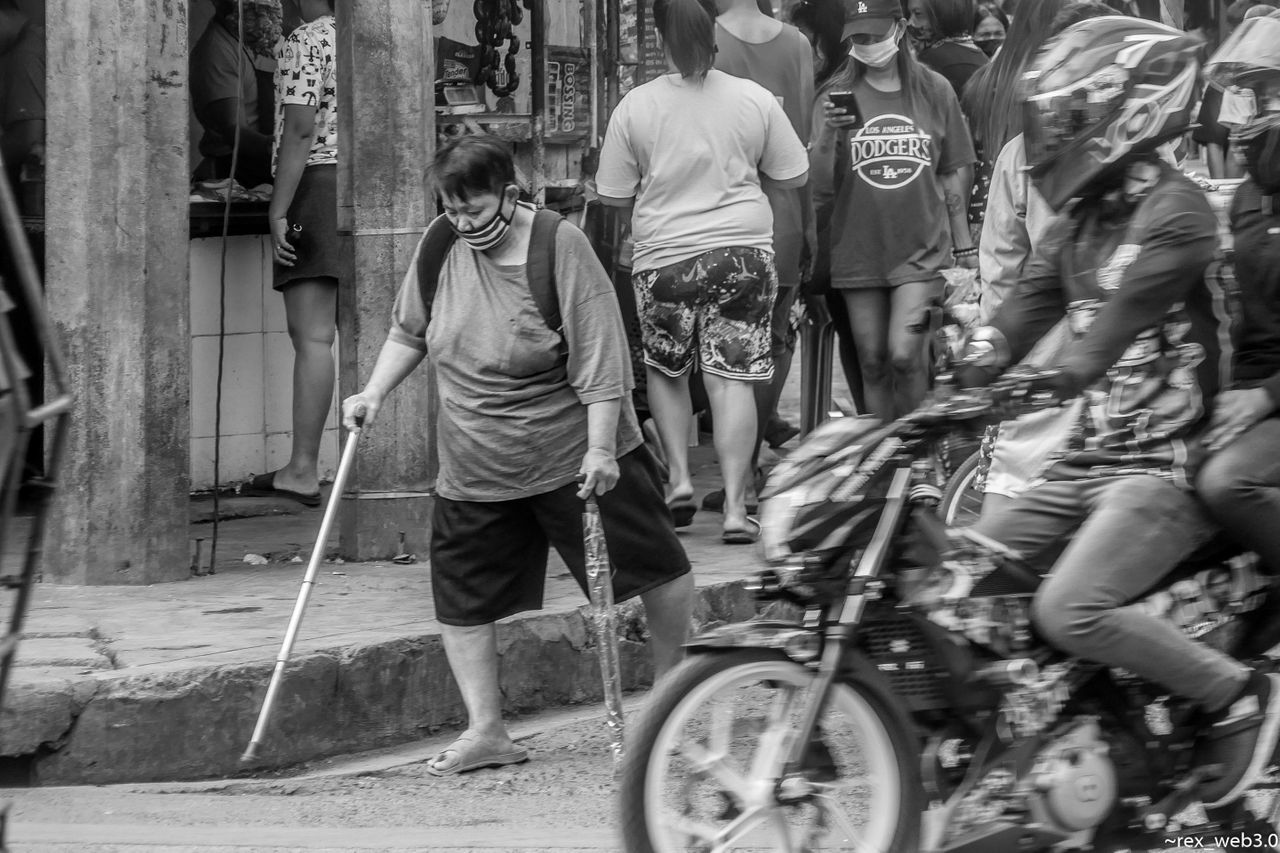 This next one shows a man walking in the middle of the street just as soon as the motorcycle rider passed. Not far is another man passing by a bakery which put a huge blanket as cover from the sun's heat. 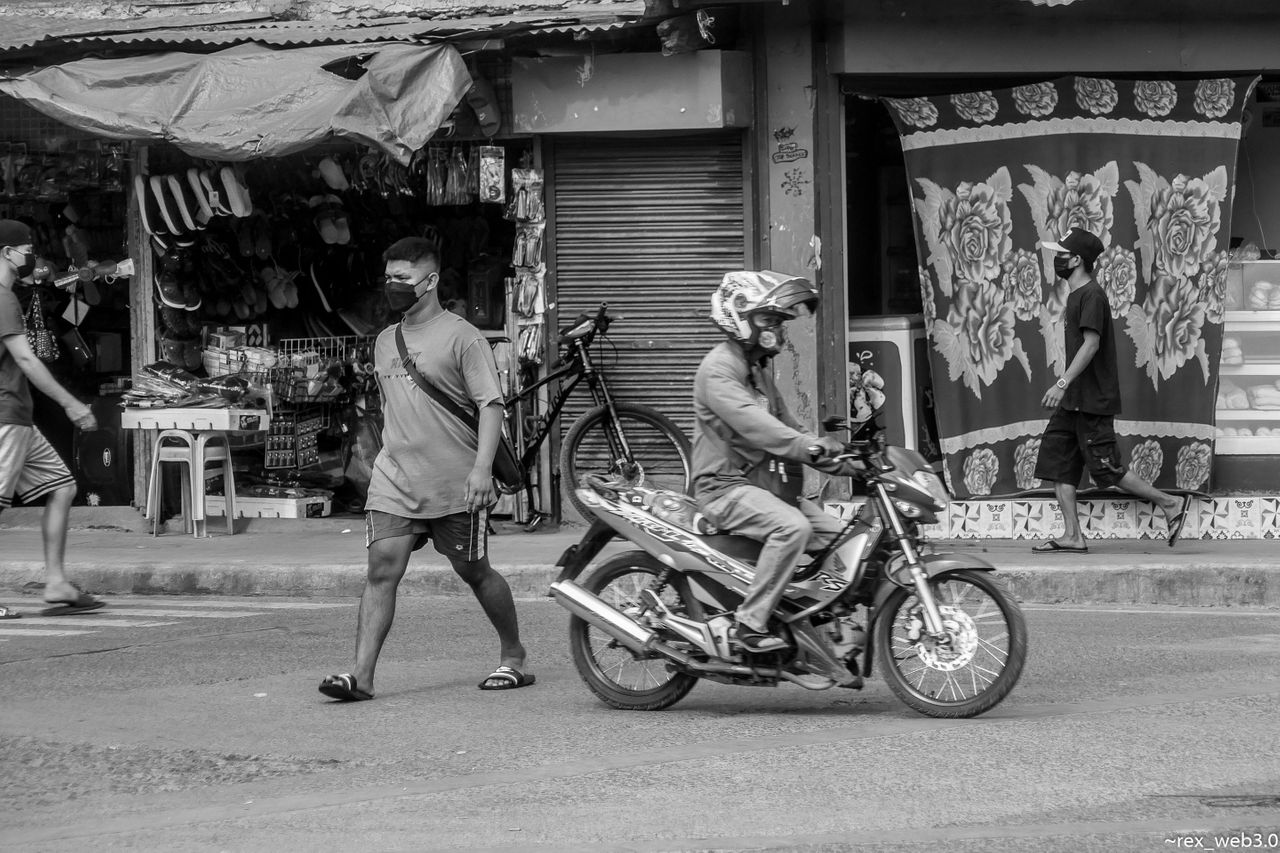 This one shows another motorcycle rider where he is carrying a plastic of goods. On the side of the road are people, some just passing by while some buy goods from the stores on the road. 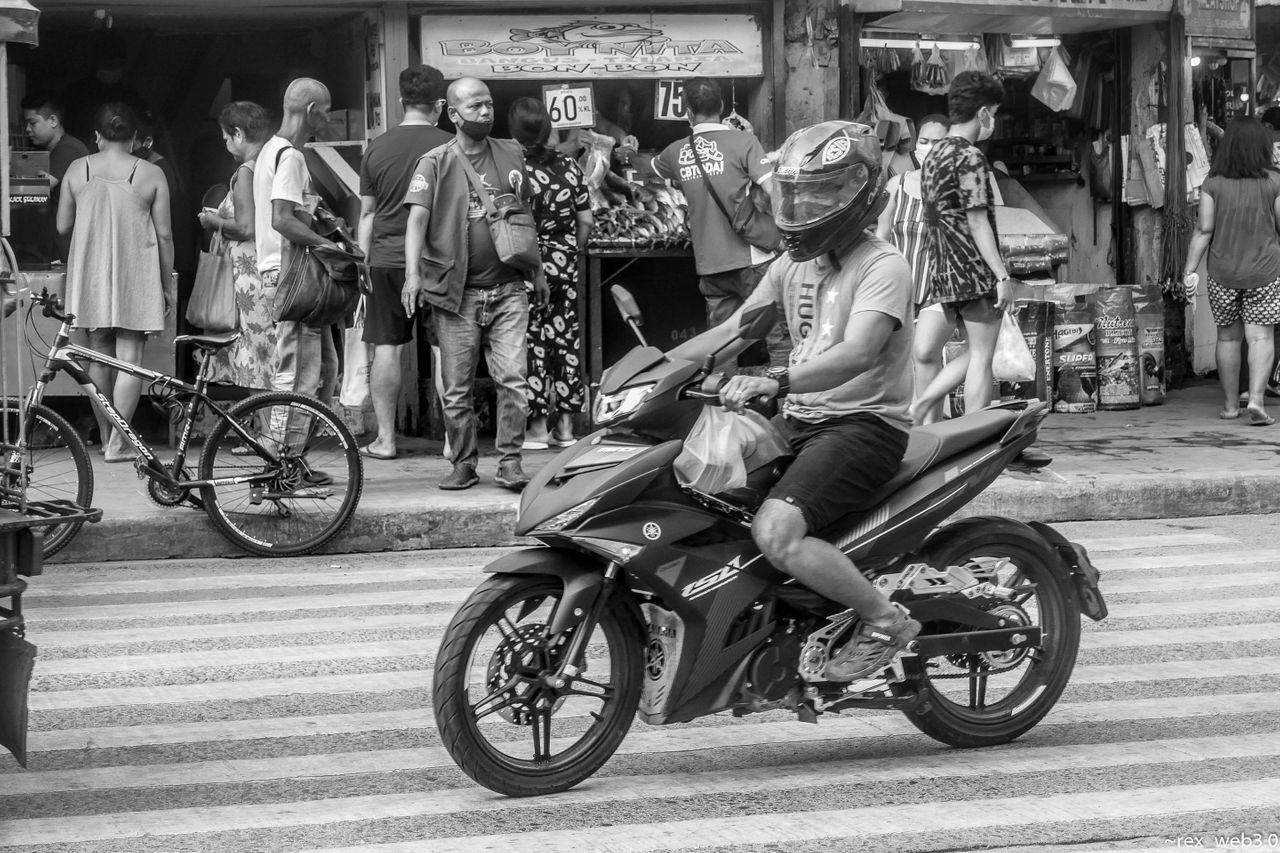 Lastly is showing a man riding his bike with sidecar which he uses as ride to purchase used bottles and defective electric appliances. 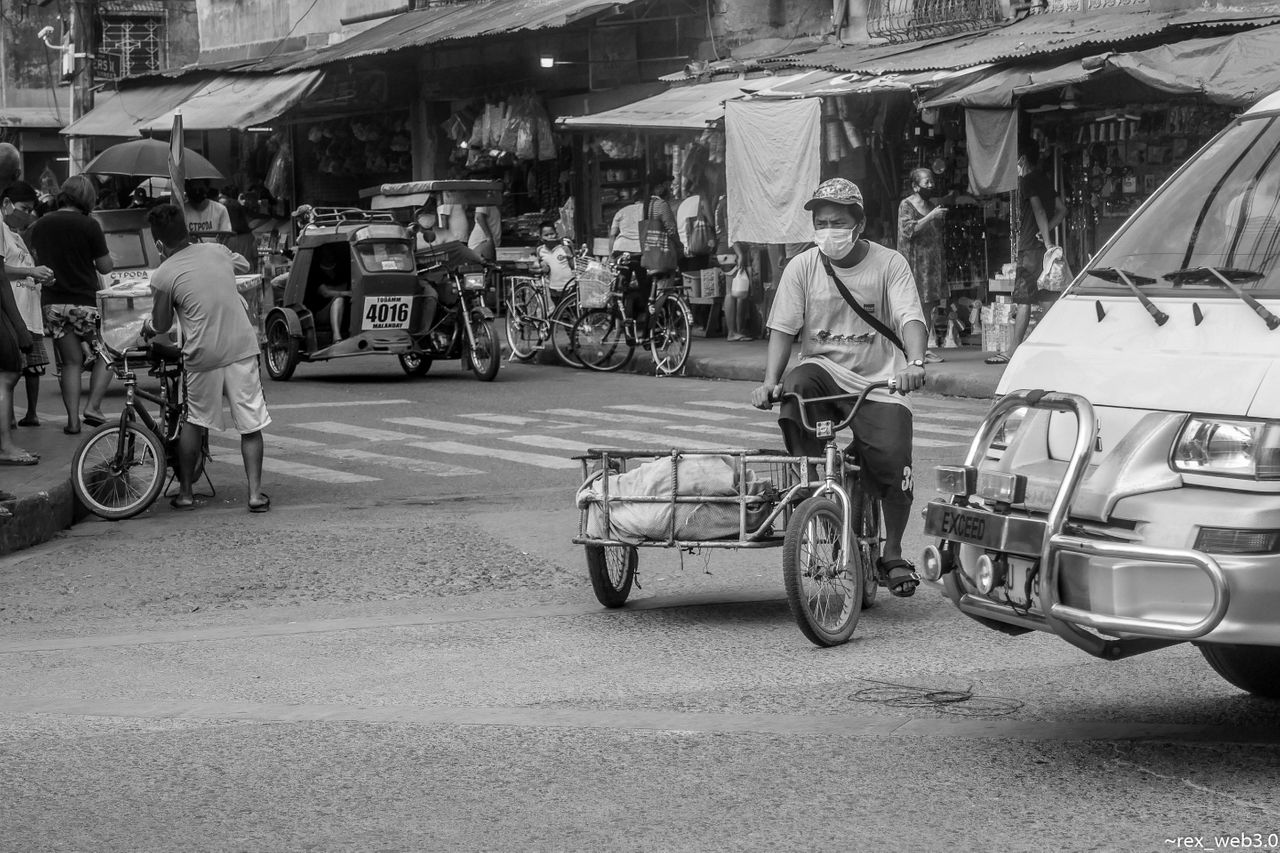