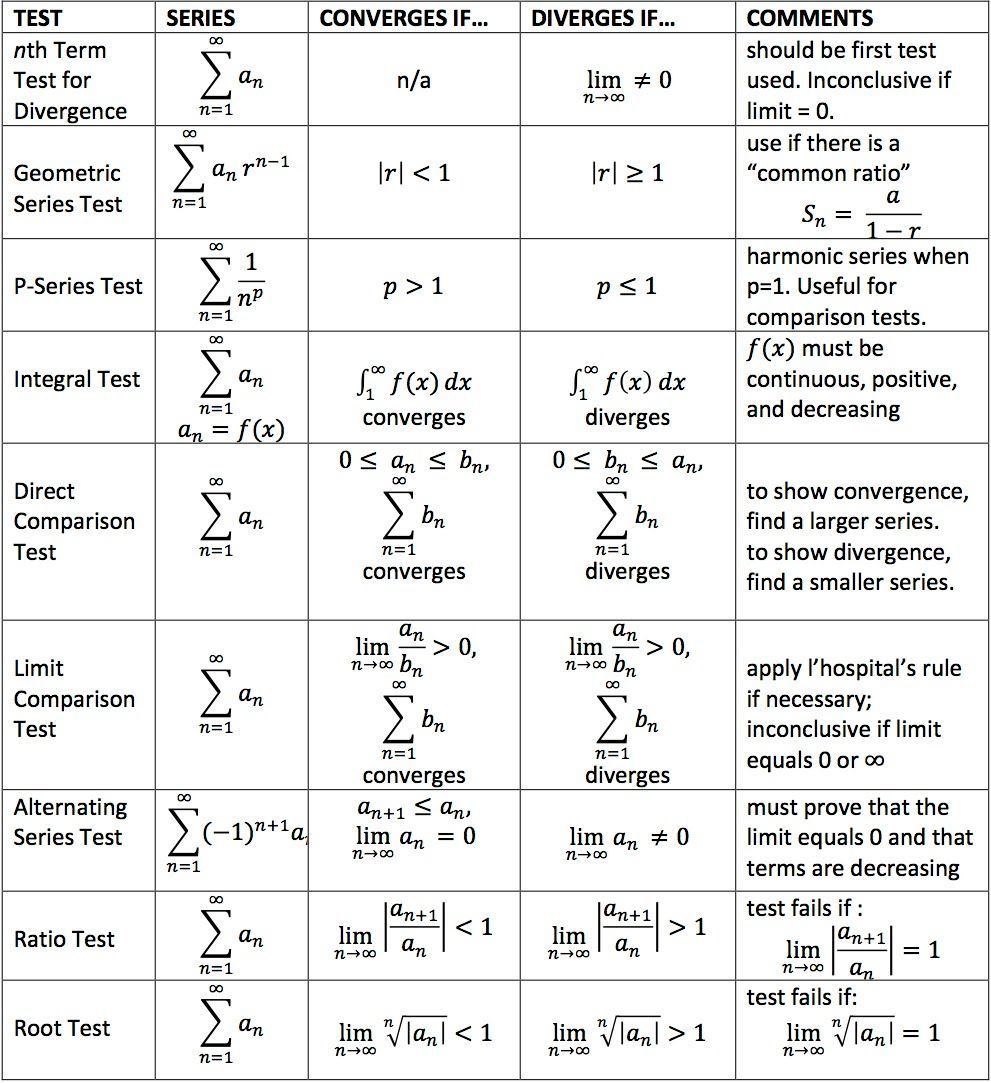 Hello it's me again drifter1! Today we continue with Mathematical Analysis getting into more about Series. After talking about the Basics in my last post here, we will now get into how we test the Convergence. So, without further do, let's get started!

A Series s converges only when for every e>0  there is a natural number n0 such that:

We can also describe it as:

Using this Criterion we can easily proof that the harmonic series with p=1 (1/n terms) diverges.

And so Cauchy's criterion is not true and the series diverges.

So, where does this help us?

Well, think about the limit of (an) as a testing method of convergence.

Suppose s is positive series (an >=0 for every natural n).

Suppose s1 and s2 are two positive series with terms an and bn and 0 <= an <= bn for every natural n.

Suppose the Series s1, s2 with terms an, bn and the real numbers k, l. If the series converge to a and b respectively then the series S with term k*an + l*bn converges to k*a + l*b.

So, in a sum of Series, if at least one diverges then the whole result also diverges!

Let's talk about harmonic series of p-degree with p being a real number and terms 1/n^p.

This can be proven easily using the condensation test.

For p>0 and using the condensation test we check the convergence of the series with term:

We know that the first series also converges/diverges for the same values, because of the condensation convergence test.

This is pretty useful in series build up of polynomial sequences.

This one is pretty useful when having a rational term build up of exponentials, factorials and more.

This one is pretty useful in series build up of polynomial sequences to get rid of high exponentials.

When the absolute value of the terms of an alternating series are a decreasing and null-sequence then the series converges.

When such a series converges then we can calculate the limit approximately.

This value comes close to the sum of our series s having an error.

And this is actually it for today and I hope you learned something!

The post would become too clumped up if I also put Examples for everything today. That's why we will get into examples for all (or some) of the convergence tests we covered today in my next post.