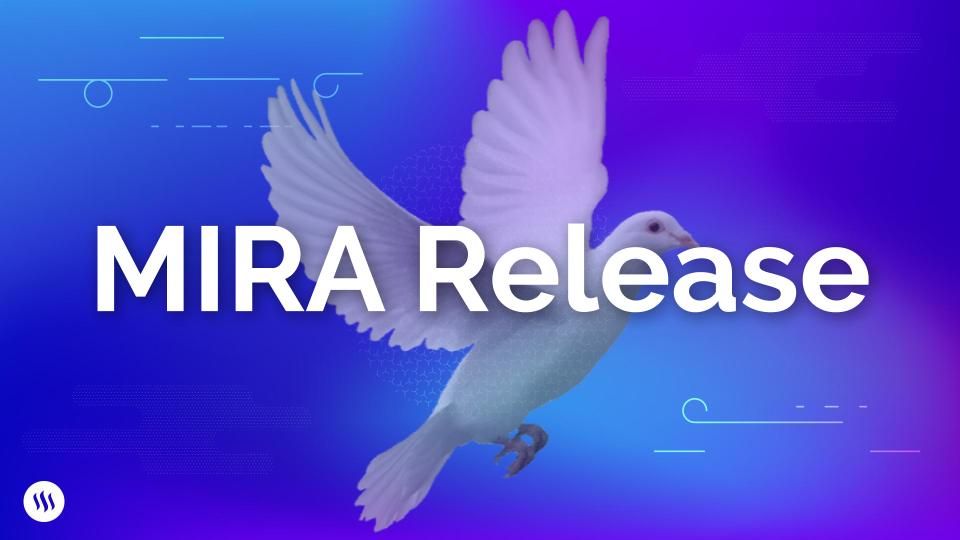 Hello Steemians, we are pleased to report that MIRA has been released to the public. Now any witness, developer, or other node operator can take advantage of the significant cost reductions that result from using MIRA. MIRA has been performing exceptionally well in production for over two weeks, so we would now like other node operators to begin running MIRA to test it even further before we make it the default option when running a node.

MIRA is a cutting-edge scaling solution that we developed for Steem and stands for Multi Index RocksDB Adapter. It leverages state-of-the-art database technology developed by Facebook to dramatically reduce the cost of running the Steem blockchain by allowing nodes to store almost all necessary data on low cost (commodity) hardware instead of in RAM without degrading performance.

Thanks to MIRA, we have been able to reduce the amount of RAM being used in our Steem node by 50% and nVME usage by 100%! Instead of using nVMEs, we have been able to migrate entirely to generic network backed SSDs. This has reduced the costs of running a node to a fraction of what it used to be, making the Steem blockchain more sustainable and scalable than ever. Not only that, but lower node operation costs should translate to increased decentralization as the barriers to entry for node operators has been reduced dramatically. Best of all, this dramatic improvement didn’t even require a hardfork.

To learn more about MIRA, check out this post from our Senior Blockchain Engineer, @vandeberg.