A second update on how things are going on the island of Mallorca - Work, the legal stuff, and what's keeping me entertained.

Work on Monday starts with a 12 foot walk to the coffee machine, followed by a shorter walk to the shower, and then about the same distance to the laptop. Commuting is so last decade. I have worked with people with a 3 hour roundtrip to work each day, and even at the time I thought they were bonkers. Hopefully the changing times have allowed them to realise this is a lot of time sat in the car. It's not like they are getting any exercise, but maybe extra hours of peace from the missus is the reason the 'didn't mind'.

Anyway, as you can probably guess, I'm super happy with my current work situation, and have recently received some good feedback from the boss which makes me think they are OK with the setup, as long as I can make it legal. 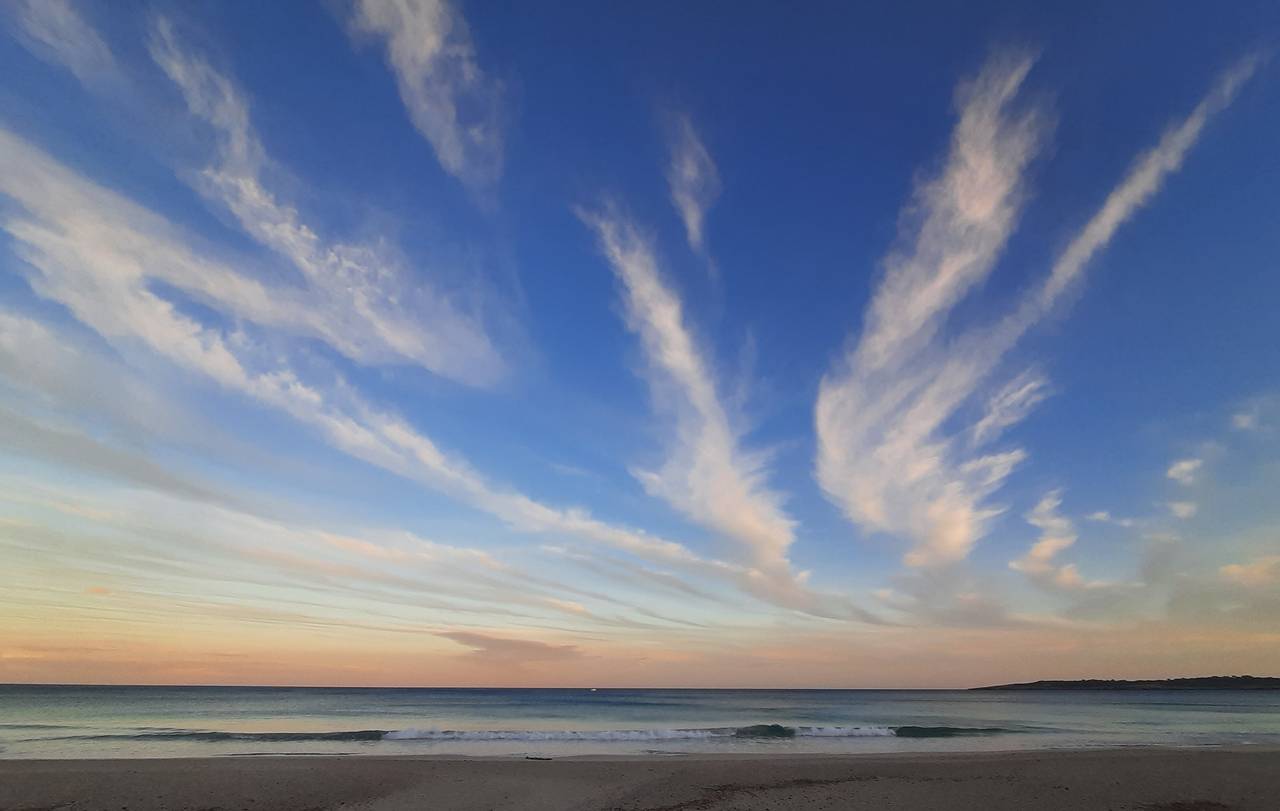 Snapped this earlier on the way back from the wine shop

In December I visited Palma with a lot of paperwork which kicked off the long stay visa process. I was told it would be about 8 weeks until I received an update in the post, and also on a webpage, which is shown below. The application is still 'pending', but I have taken the liberty of booking the next appointment on the assumption all will be well - hopefully before the 21st February. It is pushing it a bit fine, but it is so hard to get an appointment at the police station, I took the first one I saw. It will be exactly 8 weeks, and based on friends who have been through the process, 7/8 weeks is usually the turnaround time on the first stage. So, fingers crossed. 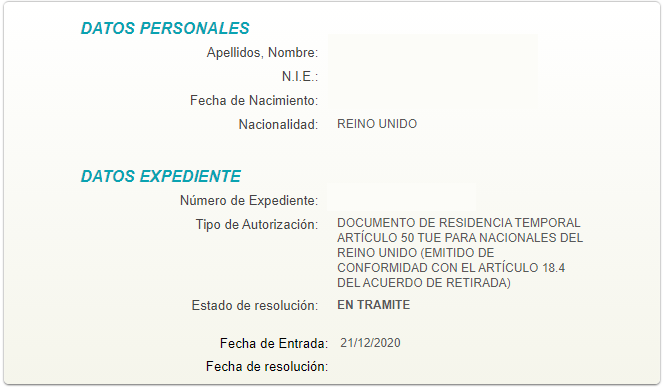 The other things to get organised are taxes and national insurance, or Seguridad Social. I visited solicitors in early December to ask them how to get this moving, and after 5 weeks they told me I

... would need a certificate from your home country, where the company which you are working for is registered, that confirms your right to healthcare. Please apply for it to the competent authorities in England...

I took a stab at this being the UK Gov and gave them a call to find out that I needed to fill in a webform, to be sent an S1 form. This application has been processed according to the Gov website, presented by a jazzy green progress bar.

Sometime last week I called them with the intension of asking how long this form would take to arrive, but the answerphone second-guessed me and stated that if I'd not been waiting at list 6 weeks for the form, to put the phone down. I believe, but I'm not 100% sure, that the S1 form means I can get healthcare in Spain, whilst still paying into the UK national insurance/state pension. This is (still thinking) a temporary setup for 'posted workers', and may need to change in the future.

The last item is tax, which I have been assured is 'easy'. There are forms to avoid paying double tax, and I'm sure the solicitors are aware of this process. Wait 'til I mention crypto and attempt to explain Hive 🤣

In summary, no progress at all since last month on 'getting legal' - 4 months left.

January started off a bit chilly and wet but the last 3 weeks or so have been awesome for this time of year. I've made a couple of new friends who are keen to jog, hike, and cycle, and I've gotten back into doing a HIIT workout most days. With little beer being drank and salads still hitting the spot, I think I'm doing alright for 42. I hope that when this latest lockdown is over, I can muster up the courage to ask for some coaching at the local padel/tennis club. Screw tennis though, it's al padel that I'm interested in.

Before Spain, I felt like I was really progressing at learning Spanish, but since I have been here the daytime slot for study has disappeared. I have been practicing on Tinder though.... 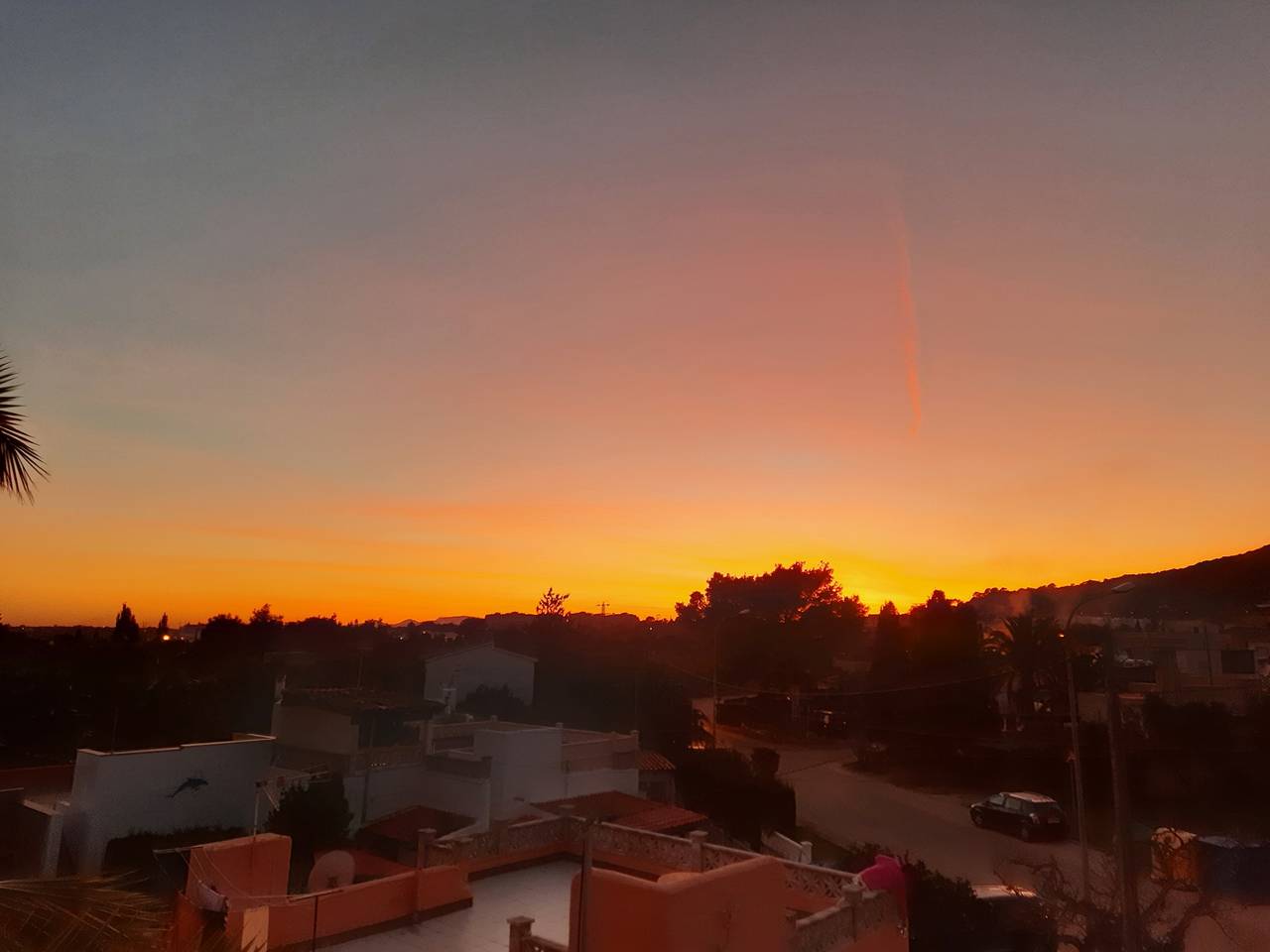 Goes well with a glass of tinto

The final thing to mention is that a fair amount of time has been spent refreshing my portfolio screen and fielding questions from family, friends, and work colleagues who a for some reason, suddenly interested in cryptocurrency. Many of these people got involved in January and so everyone is winning, for now 🙂

I think this could be the first week in two years that I get a badge telling me I've posted for 7 days in a row, pretty excited.