A Maiden By Any Other Name 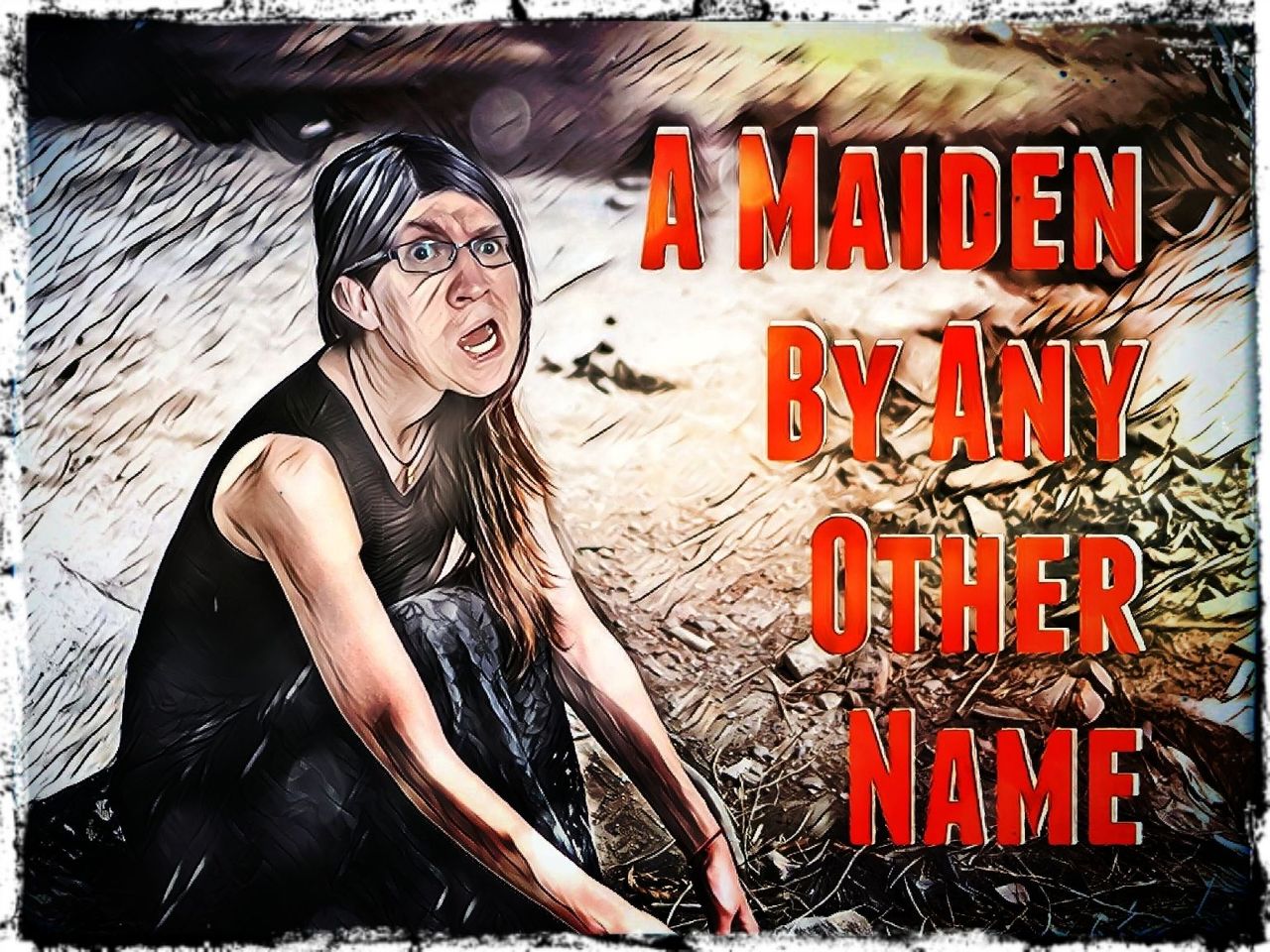 The Postman chuckled at his fine wit as he handed me an elaborately wrapped parcel with the Good Lady's name on it.

I said whilst half crouching due an extremely persistent morning tumescence.
Yep, that's a morning stiffy to you and me. Whilst it might be the delight of the ladies it was a touch annoying when answering the door to the mailman.

Mumbling thanks, I took the parcel and trotted into the lounge where I set it down on the table.

The Good Lady had taken the little ones to School and Nursery so she wasn't around to open her intricately wrapped parcel.

As I placed it down, I kept thinking that there was something odd about it.

I lifted it back up and inspected it closely.

It was rectangular, about an inch thick and not very heavy. It was slightly flexible. The wrapping paper was almost like grid paper. As if a nerdy geek-child had fashioned it rather than buy some jazzy proper stuff.

It smelled slightly funny too. A little mildewy perhaps? Some kind of acid tang that made me do that cat face.

I put it back down. Oh well, none of my business.

Then I blinked, several times.

What in the name of baconfuckery was this? It was addressed to Miss Hijapescador?!?

That was the Good Lady's maiden name. And the title was written as Miss?! It was fucking Mrs, I was the living proof.

Why would someone be sending the Good Lady parcels and using Miss and her maiden name?!!

And wait a minute, I knew that funky smell... It was jizzum?! Someone had sent the Good Lady a jizz-soaked parcel and used Miss and her maiden name?!

I attempted a deep calming breath.

There was only one thing this could be.

A seduction, plain and simple.

And that meant there was only one person it could be. One felon. One utter bastard from her past that just wouldn't give up when they lost the race to glory.

And that one person had to be...

Any random male son-of-a-bitch that she had once knew.

I started pacing about, thinking furiously. Who could it be? I had to narrow the field. The game was obviously afoot and I had no intention of becoming fucking Harry Potter to some random Hermione-stealing Ron Weasley.

I glared at the parcel and waggled my fingers, Jizz-Pianist style. It was going to have to get opened. I had to know who was flinging their man-musk at the Good Lady hoping to snare her from under my very nose.

The Good Lady breezed in and took the parcel from my hands.

Aw look, they got one of their kids to wrap it!

She exclaimed as she carefully prised it open.

Oh, cool. I have been looking forward to this!

Inside the parcel was some half-hearted home printed recipe book with a childish scrawl on the front that looked like it was meant to be a drawing of a cake but could have been any number of things, like a volcano erupting or a man dying in a burning van.

What's wrong with your face? You have that look on you, you know, the one the cats do?

The Good Lady tilted her head to the side and squinted at me.

Oh, it was just that it threw me for a second. It has your maiden name on it and is addressed to Miss...

I scratched my head and glowered.

And what? Did you think it was a gift from a long lost admirer who magically knew our address and thought they would send me a token of their undying love?

The Good Lady snorted at the thought.

I joined in and snorted like a mad pig rootling around for truffles in an Italian Orchard.

Haha, of course not. That would be fucking mad!

I clutched my sides and let out a hearty laugh only stopping when the Good Lady took the parcel out of the room.

Would it be mad? Am I going mad? And what was that weird smell?

Shit. Perhaps I have been working from home for too long?