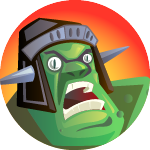 With a near 50% fall in dollar value recently of The Splinterlands in game SPS tokens has been remarkable to say the least. New endeavors such as this can see high volatility and shock in all ways to say the least.

When these tokens first came out I personally was expecting a lower price to start with the upside of a gradual stair step jump upwards early on. With a pre-sale of about 1.9 cents/token to investment groups I personally was guessing a very likely 5-10 cent/token initial dollar value--and was I completely wrong.

Seeing highs north of $1.20 the token seemed shockingly high in value on it's first day release and holders seemed like it was a one instant trip to the moon. But in all things investing it simply does not work that way. Gains are taken, especially massive gains. Those that have been long the game in all assets had the shock (including yours truly) of the amazing ascension with earlier modest expectations in comparison of the earliest results.

Now that there's been almost a full week of air drop releases the realization that asset holders receiving a similar amount of these tokens in the asset drop is setting in. I want to preface this right away and will mention it surely again in this article and it's very important I intend to not persuade you to do anything with your SPS tokens. What you do with your own assets is your own choice due to your own interests, needs, wants, etc. If you are holding, staking or selling all actions are very likely being done for the very best interest--the asset holder's free will.

The above is the idea of an end to a means that is listed in the previous sentence. Assets in an ideal world work for you and provide you with that means as a tool for what you want to see happen. Whether you are brand new to the game or have been here from day one, or anywhere else in between in experience of the community thus far.

A very, very important factor to consider is that the SPS token is essentially an end product of all labors and value of The Splinterlands in game efforts. The game itself has needless to say a paramount interest in maintaining its value to the holders, as any investment of time and resources would in any venture.

With that being said and the game having discussed the high likelihood of SPS being value to be transferred in the up and coming Chaos Legion card release within the next few months there are factors to consider as an owner of these tokens. Again, I am not providing you with personal advice, your means for this asset is unique and not exactly like anyone else that acquires SPS. When the game unveils the card series and if there are any (possible) additional special promotional items for these cards it's important to know that in the past these assets have been substantially valuable to the game players moving forward. Does that guarantee anything with this next pre-sale and ongoing sales of the packs? No it certainly does not. But there is a track record to consider.

Cards like the Dragon Welp, Shin-Lo, Delwyn Dragonscale, Halving Alchemist, Red Dragon, and Chain Golem have all been cards that have been released in the past as exclusive promotions at different times involving booster pack purchases and partnership programs. These cards over time have become essential to the highest end deck builders in game without question. Their rarity and extremely heavy handed holding of them have made these cards among the highest priced cards on the secondary markets for this reason.

It's very exciting to me being around this project to see the upside in the new players pouring in what seems as endless numbers. The major upside to these players is definitely going to be done within the Chaos Legion card release. This will be the first chance to anyone who has chose to take part in play to earn as the first "complete leveling of the playing field," meaning everyone whether old or new will start at zero. In the same respect when the daily earnings of SPS from battles will also be great in the fact that players regardless of old and new can earn SPS rewards based on their level of play and success at their given level from top to bottom.

Not to mention with Guild Brawls heating up and the stellar job that the team has come up with in making this yet another incredible dynamic as a game within the game is as exciting as can be. Land expansion I feel could be an upheaval that takes this game to mind-boggling greatness for all that take part, but that is yet to be seen exactly how it all will shake out.

New market liquidity in the swaps that have arose in the game in several ways has been an opening of figurative tentacles allowing the game to continue its organic and geometric growth. The secret is slowly starting to leak out to the general public now and keeping the "genie in the bottle" is now no longer possible. It's just a question where you find yourself in that equation which has widened the player base and possible outcomes far more than the game has ever experienced.

Herculean efforts from peakmonsters in ongoing improvements has made the game light years more simple to rent on a trial basis to those everywhere in between that wish demo to dominate any level. The game's explosion has been no accident thanks the game's dedication to maximizing card liquidity to all players regardless of the most minimal (to massive) capital outlay. Not to mention market tools that help the user navigate the most recent cards for sale--which I recommend those that wish to own cards to navigate that market with "hawk-like precision." Deals for singles and leveled up versions of cards pop up routinely and they are always available on a "first come, first serve" basis.

Coming back to the SPS point as in an game model and making my attempt to wrap my mind around the whole project some core factors seem apparent. The game's outward success is reflected in a major (although not completely-but vast majority) way to the public in the SPS token value and how it is viewed by the players themselves.

As mentioned earlier if the game does indeed choose to accept SPS tokens as payment for the next pack promotion then they will be incurring an opportunity cost of accepting these tokens as currency in keeping the business running. So, at some point the game could have to at some point sell these back to the public if operating costs need to be met. But if the game is taking in piles of fiat currency, other crypto, credits, or any other means then the game has a central interest in using that capital first in their ongoing expenses rather than dumping their own coin en masse right back to the public.*

I am surely not an insider of the team, just a humble observer. And again, in making your own decisions you will need to do what's best for your situation and I personally of course cannot make that decision for what is trending to the upwards of 200,000 game accounts/people involved in the game.

I simply am giving you the perspective based on probability and track record of how the game has operated in the past which of course guarantees nothing but gives some place to start in projecting probabilities to come. I do personally think the game has an incredible interest in maintaining some level of ongoing increased value over time of the SPS token to their players and to the public that follows it, without question. This is paramount and the "North star" so to speak as a general gage of where things are or could one day result.

As of the time of this post The Splinterlands SPS token is 1/14 the value of the diluted market cap of Axie Infinity's similar in game token. There will no doubt be comparisons of the games back and forth due to their play to earn models having some similarities. Blockchain gaming is well on its way to being redundant in the very term itself. More and more "mainstream" games are well on their way to tying value to their in game rewards and there is no telling when/if it ever stops or its ultimate destination--but as of right now it's as hot as anything as perceptions are being flipped on their head in all of gaming about this model. Axie Infinity may always maintain this healthy lead in scale over The Splinterlands game. The gulf may close somewhat but either way the growth for either is not a zero sum game. With currency ready to pour into anything that seems like any kind of store of value (not to mention the fun part) blockchain gaming's future seems to be a very bright one.