Bernie Madoff Has Passed Away 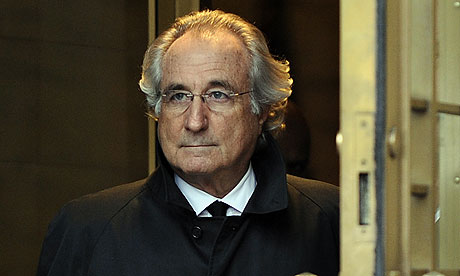 Arguably, the most famous fraudster of the 21st century thus far, Bernie Madoff has passed away in jail at the age of 82.

He had been a fixture on Wall street for decades and had even been the chairman of the Nasdaq at one point, but at the end of 2008, he confessed that his investment business was nothing but a ponzi scheme.

Sentenced to 150 years in prison for losing an estimated $17 billion worth of clients' money, he had served ten years before asking to be released due to a terminal illness.

I have a lot of sympathy for the victims, especially the elderly retirees, who saw their life savings vanish in an instant - right when they needed it the most.

Probably the most interesting tidbit was that nearly $12 billion had been recovered from banks who recommended investing with Madoff, as well as early investors who reaped an outsized profit.

As a result, most investors had recovered what they had invested with Madoff, although their supposed profits had disappeared, leaving them not as rich as they thought they would be.

I guess that sums up one of the best pieces of investment advice: