How my path towards self sufficiency led me to steemit!

It has been 74 days since my first post on steemit and I think it is time for a proper introduction.
My name is Stefanos and I live in a tiny village on the island of Crete, in Greece.
I like travelling, I used to be a professional photographer (but not anymore) and the last 4 years I occupy myself as a farmer. I am a rather old-fashioned guy, my photographic education and most of my work was on film, I never had a social media account before steemit and I have no idea about cryptocurrency.

What am I doing here then? That's me a Hiking day on the island of Crete, in Greece.

As a photographer it all started when, at the age of 15, I developed my first b&w print in the school’s darkroom. In a few seconds I knew that I was at the beginning of a long and wonderful journey! For more than twenty years I was living and working in Athens, the capital of Greece, I was travelling a lot and I enjoyed an easy and pleasant routine. 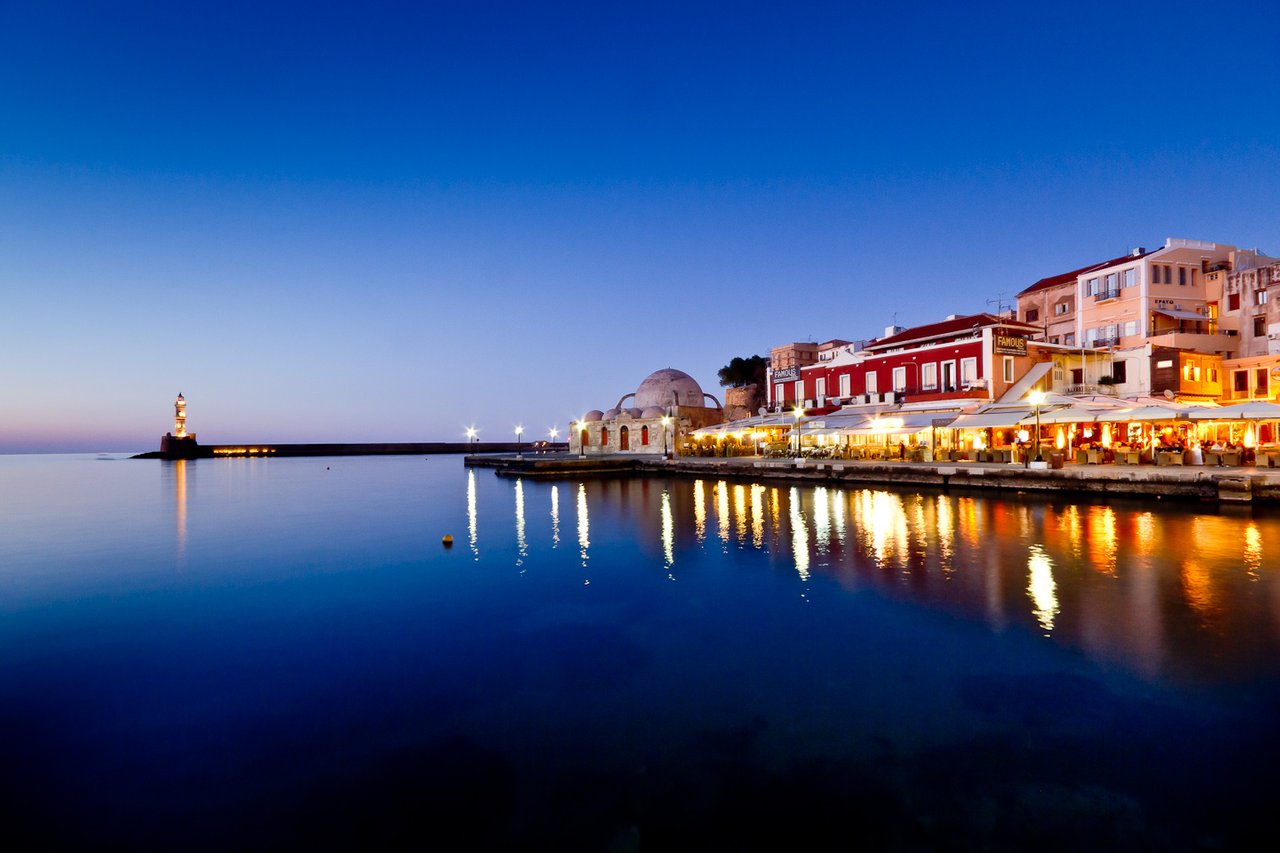 The Venetian port in Chania Crete, shot before I move to the island.

The digital era caught me completely off guard. I never fully adopted the new medium or even understood how much and how fast my profession was changing. It was about at the same time that I started to feel discomfort with the life in a big city. The idea of a rural life, close to nature and towards self sufficiency became deeply rooted in my mind but the decision itself looked impossible to make. 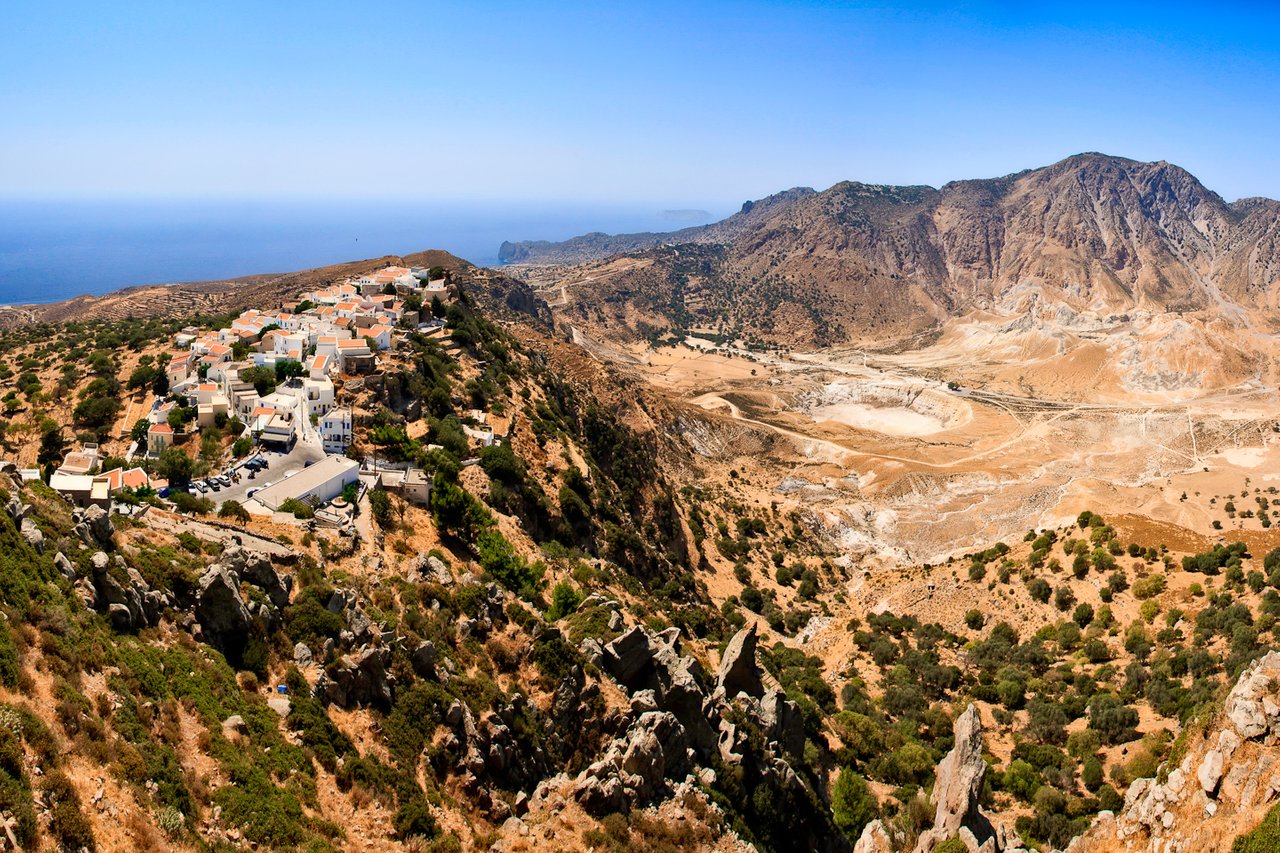 Nisyros. A travel story from Greece.

The summer of 2013 my girlfriend and I spent a month on the volcanic island of Nisyros. I don’t know if it was the amazing vacations or the energy of the island but it was the milestone to our decision to quit the urban way of living and move forward to new adventures. The fall found us in the middle of a turbulent transition in our lives. The decision was taken but we had no idea where we will go or how we were going to support ourselves to this (yet unknown) promise land. The whole thing had a tremendous impact on me. I started to wake up at 6 o clock in the morning, although I had never been able to wake up before 9 without the help of a persistent alarm clock till then and I followed a detox diet that, a few months ago would sound to me ridiculously strict. I quit at the same time cigarette, coffee, alcohol, sugar and every animal based food. Three months later I was a different man in a different body. I was ready for my new life. 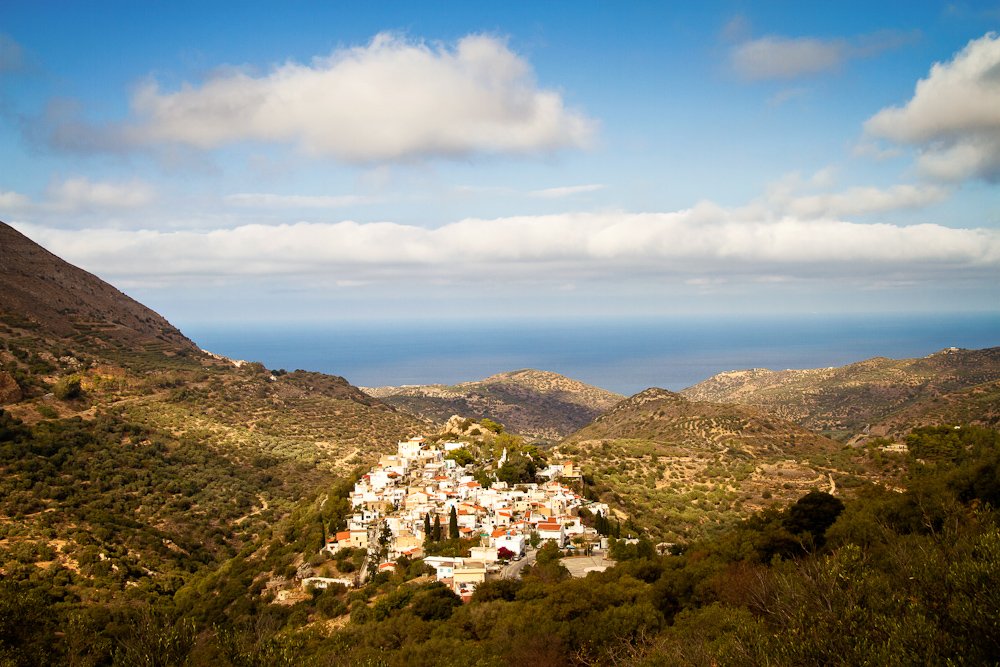 The village I am living in!

In January of 2014 we made a short trip to Crete and visited the village of my late grandparents. It is a beautiful little village with only 40 residents, hugged by the craggy mountains of the northeast coast of the island. We didn’t have a proper house to live in, or enough property to rely on for an income and yet, against every reason, that place was meant to become our home.

When we returned in Athens we quit our jobs, sold the car in order to have cash and borrowed a really small and old car which was the transportation vehicle for ourselves, the dog and as much of our belongings could fit in it. 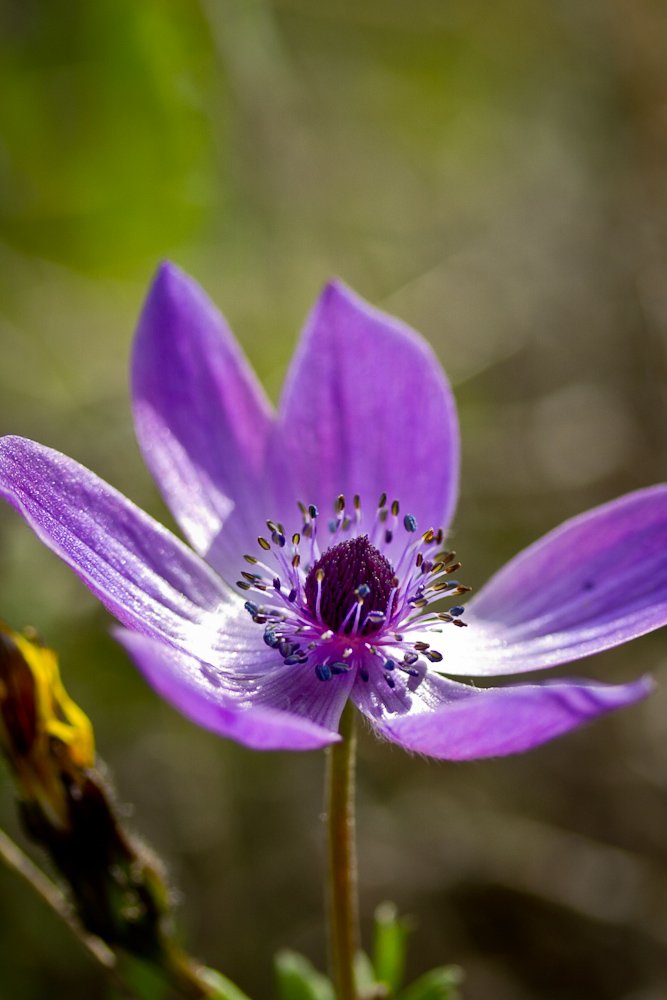 Was it as expected?
Was it easy?
Do we regret it?

We were completely unprepared for this life that we chose. We were lacking the knowledge, the experience and the funds to make our dream come true but despite all that we are here and it is great. We have a nice house with a vegetable garden, we have rented land with fruit trees and we produce organic extra virgin olive oil that makes us proud. All of that from the scratch by two city people. If we made it, anyone can :) Plum tree, the first stop of my Farm inspection

Captivated by all that new and fascinating doings, I had turned my back to photography, until one day I met @upheaver and he got me into the rabbit hole of steemit. The idea of sharing my archive pictures, and getting rewarded for that, sounded tempting, so I joined in. But apart from that I have found a wonderful inspiring community that helped me rediscover the joy of creating new images and led me to a second photographic childhood. This was more important for me than any reward. Now I feel that I have found a balance, that I was missing, between my old passion for photography and my new love for the land. 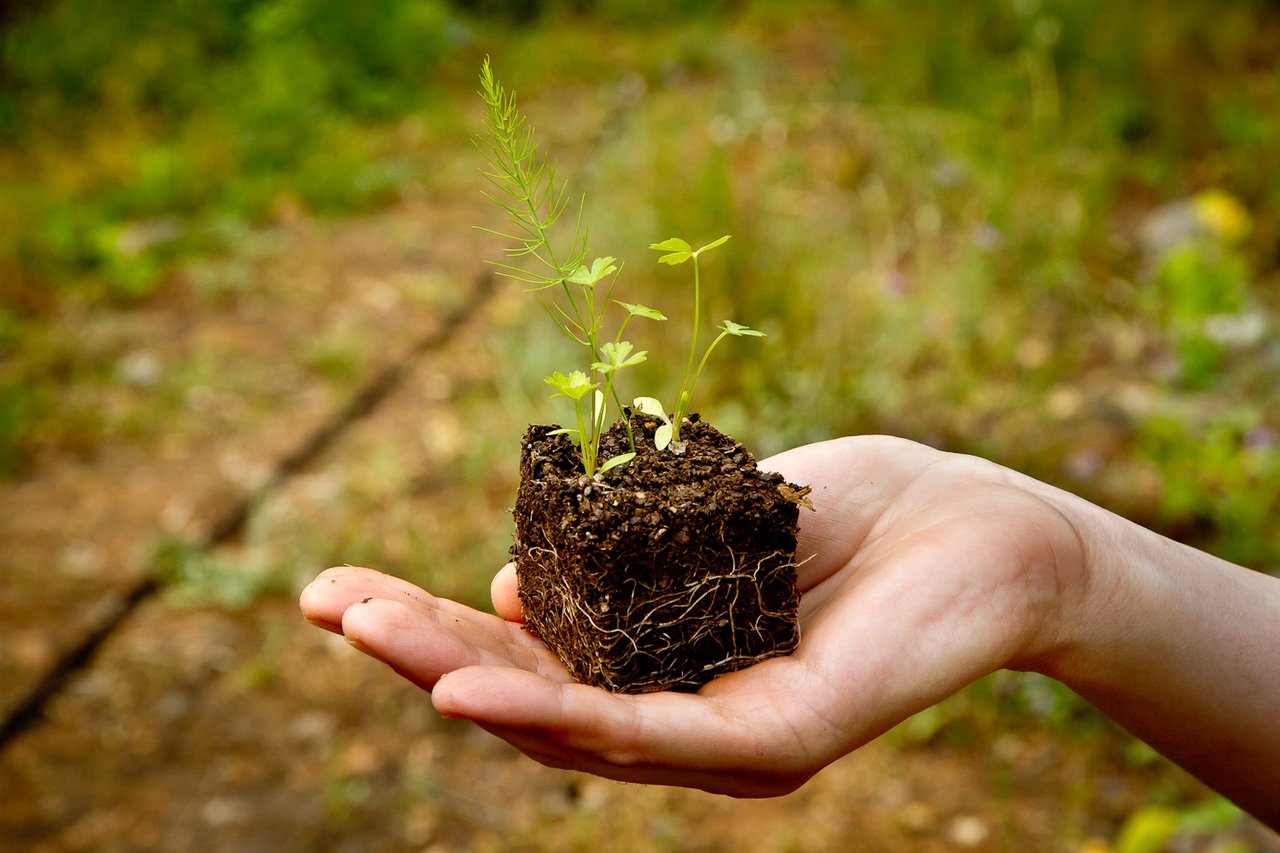 So what you can expect to see in my blog.

I have travelled a lot (and I still do) around Greece so you’ll have the chance to read all about my travel stories and get to know hidden and unspoiled spots all over the country.
I live in Crete the biggest and most fascinating of the Greek islands so I will regularly present you hiking routes and beautiful excursions through the eyes of a local.
The rural life is a source of inspiration itself so when I have the chance I will share with you images of my daily life as a farmer.
I also like to prepare my own food so occasionally I’ll post some recipes or food related topics.
And because I like to deal with many different things maybe you’ll see much more in the future! 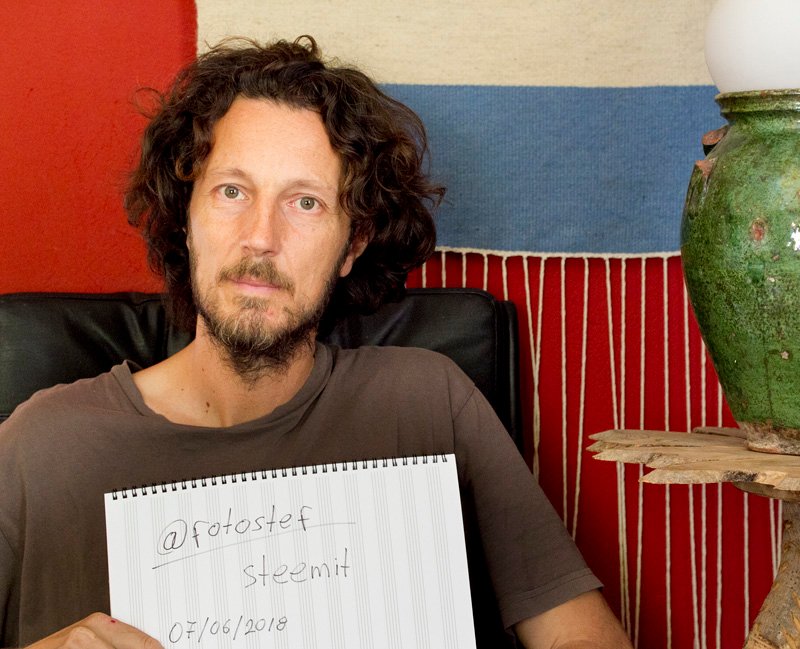 Pursue your dreams, they are closer than you might think!