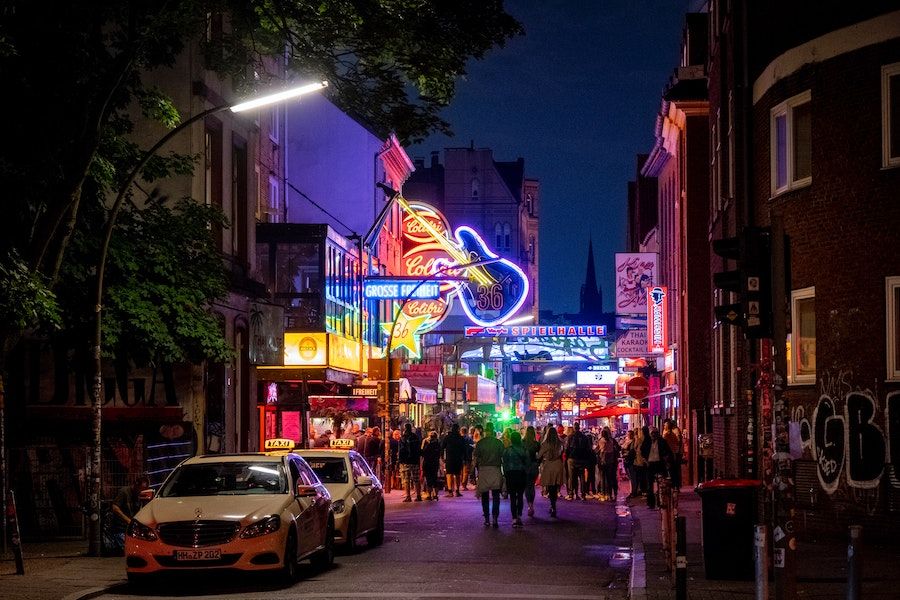 Kruzmaka had gone back to his place after the event on the mountain and then disappeared from there. Mrs. Weihrich had never heard from him again, to her greatest regret.

But Kruzmaka, who did not intend to be a spoilsport, preferred to leave his true origins as his little secret, even though it gave terrible pleasure to play with fire in good time.

Now he resided in Hamburg and had rented a fancy apartment in the red-light district, as long as it was still traded as such. There was no longer really anything to be seen of the curbside birds, certainly not during the day. Through the shop window, however, one who dared, could still look at them.

She had caught his eye when she had looked at one of the whores through the glass, hands deep in her jacket pocket, rather small and slender in stature.

She stood there as long as it was possible, because the women from inside were already beginning to make vexing remarks and to call out at her.

Kruzmaka, who had been watching her with his laughing heart, could see how curiosity fought against embarrassment in the woman; she was young, twenty-five at most.

Already she had made up her mind to leave, but after only half a step she seemed to have gathered courage, she had turned around once more to the ladies, made a big kissing hand and then quickly turned away. Kruzmaka witnessed how her expression changed into joy.
As yet, when she had lightly hopped over an empty bottle, he had addressed her.

Now they lay naked and in the dark in a hideously salted tub of water not far from where they met, just around the corner, on the second floor of a tiny, very old and trashy hotel.

Ninety minutes full of stillness. A timeless endeavor, for in the weightlessness of the salt water there was no up or down, no boundaries of any kind. Just breathing and the end of all thought.

When the timer beeped to indicate that their session was over and another silence on top of that, only then did Kruzmaka speak. "What made you not send me away? Me, a total stranger to you."

In the condition they were both in now, total relaxation, dull body, dull mind, it was like coming up and hearing every sound with multiple incidences.

She cleared her throat, mumbled something, and then finally said, "I don't know exactly. ... I do something like that ... sometimes. Fake another name and identity, do things you wouldn't normally do. When it feels like the right moment. I try to live with skillful spontaneity," she smiled.

"Weren't you afraid to make such a suggestion to me, to lie here in this deprivation room with you?"

"Yes! ... and no. I've always wanted to do that. And I've always put it off. And I understand life as an artist. Isn't that what artists do? When you approached me - just like that - that desire flashed. Did you like it?" she wanted to know.

"Very much!" Kurzmaka regained his form and was irrepressibly pleased with this gift of spontaneity. "No human being has ever offered me such a trip," he said.

"Did you find it frightening?"

"Some fear the dark silence ... They're afraid of being alone with themselves... ," the young woman mused as she got out of the water, wrapped her robe around herself and turned on the dim light, remembering where the switch was. At that moment, she looked very confident.

"Don't artists make paintings or sculptures or performances? ... And you weren't alone, were you?" replied Kruzmaka with his usual freshness, not minding facing her in full nudity.

"Do they?" She looked directly up and down his body and continued:

"Or doesn't an artist rather live in such a way that he surrenders to the living things? Isn't art the result of a life of venturing out with one's actions, risking something, joking? Can you be an artist without ever having produced one official piece of it?" She paused for a while.
"True, you were here, but in the silence you could have been on the other side of the galaxy," she cheered nosily.

And Kruzmaka almost wanted to kiss her with delight!

This was my entry for The Inkwell. Go here to read about the weekly contest and it's requirements. This weeks prompt is "Artist". The challenge for the week is "character description".