I've thought about forking Steem back in the day, doing a 1 for 1 airdrop to holders, and making all the changes I wanted. My "vision" but the problem with vision is it's always shortsighted. Hindsight is always 20/20 which gives the false illusion of "know-it-allism" which can be incredibly destructive.

Starting over isn't a good thing, it sucks, it isn't to be taken lightly. It's easy to find yourself in a pattern of starting over, meaning you come down a path where you can no longer impose your will on an idea, think fuck it, and "start a new." But this time, you'll make sure no a-holes mess with your genius master design!

That isn't how it works however, any idea, once set free, grows wings and will do anything and everything. Just ask Dan L, ideas grow their own minds very quickly. Trying to enforce your will continuously on an idea is to bottle air, capture what shouldn't be captured.

No matter who you are, you don't know everything, there are times you are wrong, times your visions were a mirage and if you can't adapt, you die. I can give this example an infinite amount of times over. Bitcoin of today is not the same as described in the white paper. Amazing vision, however, you can only see so far from where you're currently standing, before even fools who further along have great vision than yourself sitting so far in the past.

This is all to say that, no matter what happens, you'll never have exactly what you want. You will have to take into consideration the community, and especially the OG community. I see a lot of people spouting what Hive should do and should be (myself included.) But when I look at the OGs I see a lot of building. That's because the OG's understand there is no "reasoning" there is only building. Build what you want, back it with as much stake as you can, and let the community adopt it or not.

That's why if you're going to start over, it's best to do it with those you started with, those met along the way, those that share a vision & passion, an end goal with endless paths to it.

I've committed to the idea of putting my thoughts and plans into the public eye, let people join the journey if they want or they can utilize Hive for their own stories. If I want things changed on the base layer, I buy more stake, I power up all that I can and I let my tokens do the talking. The only OGs with stake from cheap at the start are the ones that held for 5 years, through bull n bear, and those people are obviously long term hodlers looking to improve Hive. /salute

I've noticed many like to be "protected' - IE they only put in when they know for a fact they will get their idea implemented. "I'll only power up Hive if x happens," etc. I've personally learned these beasts work differently, and if you want your idea, above all else to be implemented, you gotta fight for it with your stake, your words, and your actions.

Hive is only becoming more widely distributed, those who are staking now will have more of a say later. If all goes as planned I'll have a much bigger say than I have now as I keep with my plan to DCA.

Many look to other projects to compare to Hive, but they take for granted what decentralization really means. It's not until shit hits the fan that you know what you're made. These "elite" smart contract platforms of today that seem infallible, will be put to the ultimate test with their premines & centralized points of failure. When something can be attacked, it will, we know all too well the destruction a premine can do.

We had no ICO, no premine, no majority stakeholder. If you want to compare Hive to anything, compare it to Bitcoin in 2011. There was no centralized marketing team, and I'm sure even today most of you can name a few bitcoin OG's that stuck by Bitcoin through thick n thin, didn't ask for permission, and let as many people know as possible of the revolution.

You gotta be excited. people won't follow a negative person.
Almost anyone can stay excited for a few months, few for years, very few until victory. It's the commitment that gives you that edge when the time gets tough.

Do you want direction? From whom? It's hard enough to get two large stakeholders to agree on things, how do you get a giant decentralized community to conform to a "direction or "vision" - Again, people are comparing Hive to centralized projects that have a vision because the foundation/founders had that vision laid out & people just blindly follow. Dan L created this tech back in the day and then dipped out very early on, not even explaining how all the code works, bugs and shit were left, etc. Ned had some vision with the tokenized communities but that guy bailed too and sold us under a bridge to a jackass. This is and always has been a community effort. 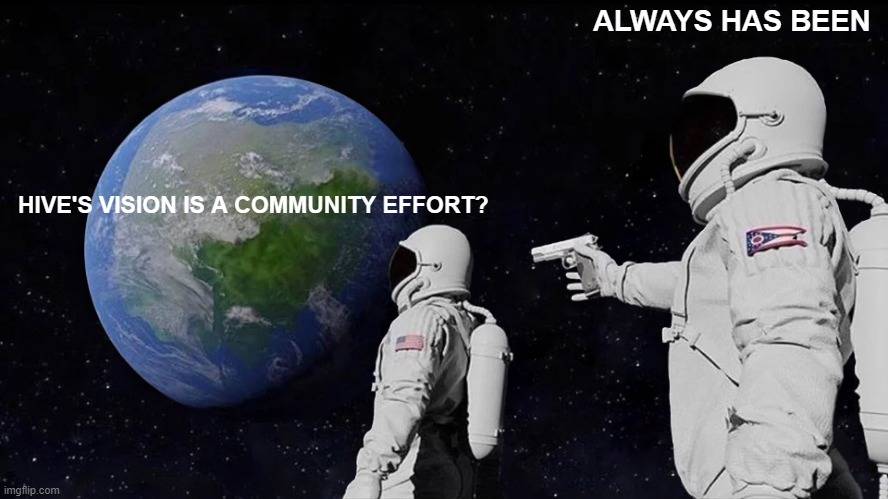 Blockchains are made of humans; what is light if there were no eyes?

I look around and I see blockchains constantly trying to figure things out. The problem is a lot of these projects years later still haven't gotten around to doing anything.

People look around at little ol Hive and say well they cant do it. A project like that cant do it. But we do it. Millions of transactions a day we do it.

To end it here I remixed an old Art Williams speech to fit Hive.

Almost everyone does almost enough to win, almost get there, almost over the hump, they almost have it going, they almost in everything they do, almost is a way of life to almost everybody; but the winners do it. what do they do? they do whatever it takes to get the job done. they do it and do it and do it until the job is done.

We need leaders on Hive that can do it.

If you want Hive to become mass adopted, do it.
If you want to build a project on Hive, do it.
If you want a million Hive, do it.
I hear too much talk on Hive, everybody can talk a good game, we need people on Hive who can do it.
I go all over this amazing blockchain and I have people say, Dan, you can count on me! Wonderful, just do it.
Dan, If Hive could get some good marketing it could really make it big! super duper, just do it.
Dan if I could just get support for my idea I could really make it go! do it. But no one is supporting my idea! Do it anyway.
Dan I'm not making any money on my post what do I do? you just do it.
Do what? You do it and do it and do it. 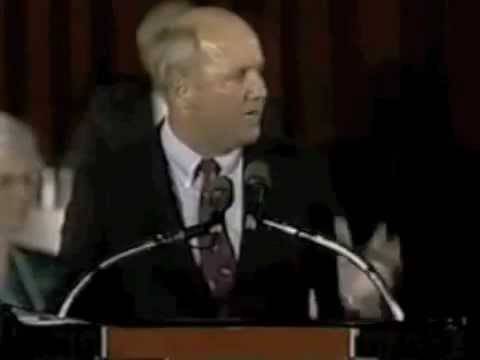