"Hive inside" - rather Intel than Motorola

A story of hidden engineering and glitzy marketing

Back in the early '90-ies, personal computers started to democratize thanks to IBM's decision to use an open platform design. Suddenly, copycats began producing cheaper, "IBM PC-compatible" machines and competition saw the price of these plummeting, which led to a rapid expansion of the market. The IBM PC-compatible network effect wiped out all incompatible designs bar Apple and made the fortune of Intel and Microsoft. But IBM itself was unable to profit from its generous move: too clumsy to compete with no-frills, barely fit-for-purpose no-name OEMs with leaner cost structures, it ultimately had to sell its PC-manufacturing business. PCs had become a commodity.

Meanwhile, Intel's co-founder and CEO of the time, Andy Grove, was paying attention. He realized that the x86 architecture which Intel used for manufacturing CPUs for the now vast PC market was also open and it had attracted its own imitators, notably AMD and Cyrix. Andy Grove, which wrote a book called "Only the paranoid survive", reckoned that Intel might well go the way of IBM's flailing PC business and that competition in the CPU market could soon erode its pricing power and margins.

Its first attempt at preventing that outcome favoured rapid innovation: after introducing the Pentium design, it added the MMX extensions to gain a performance edge over boiler-plate x86 clones. But it soon realized that at this game, it had to run only to stay in place, as both AMD and Cyrix were relatively quick to copy those improvements and continue selling compatible CPUs far cheaper than Intel.

Intel therefore decided to change tack completely and take the battle out of the engineering realm and into the marketing one. Instead of simply trying to make the best product, it decided to become a household name by launching the "Intel Inside" marketing campaign. 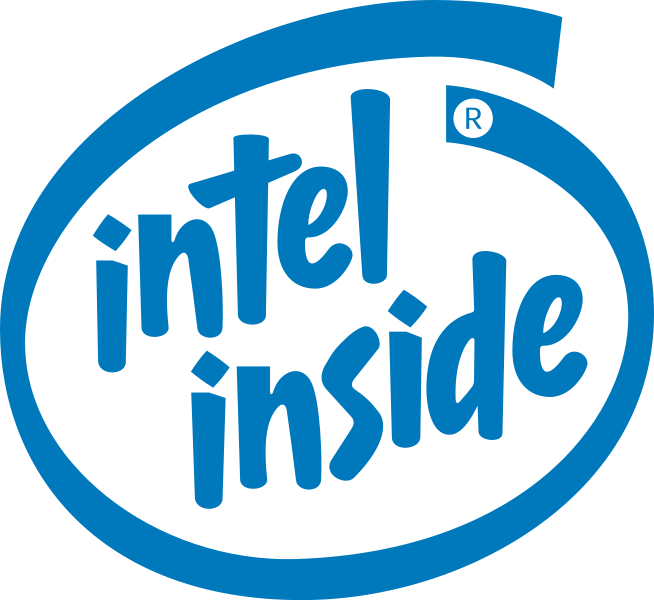 Meanwhile, engineers reckoned Motorola had in its "68000" a superior CISC microprocessor architecture. Apple wisely chose it over the clunkier x86. But Apple's market was too small for Motorola to be able to benefit signficantly from selling microprocessors. It teamed up with Apple and IBM to come up with an even more advanced RISC architecture called PowerPC. But after the return of Steve Jobs at the helm of Apple, it became clear that the economies of scale offered by Intel's huge volumes more than compensated for the relative drawbacks of its x86 architecture. Apple decided to switch suppliers and abandon the PowerPC in favor of Intel processors. Motorola never recovered, despite a relatively successful episode in the portable phone market.

Like CPUs, blockchains are back-end systems: at the heart of satisfying a customer's need, yet the customer doesn't really know nor cares about it, as it only sees and interacts with a front-end.

But unlike those times, blockchains and applications leveraging them have not yet entered mainstream. That is in no small part due to their inherent complexity. What we have seen in the past 6 years is that, after Ethereum started the buzz and established what is in effect "the x86 of blockchains", a lot of "Ethereum-killers" appeared, trying to do this or that better.

Ethereum is the Intel of blockchains, let the competition rip!

The competition, whether BSC, Solana, Polkadot, Avalanche or others, are like the AMD, Cyrix and Motorola of 30-years ago. Some of them are implementing an EVM and allowing smart contract developers to reuse Solidity code. Others propose different environments for writing smart contracts. However their interest is to "capture" the best applications and have them exclusive to their platform. In order to do that, they "sponsor" select development using funds raised in their ICOs

It's a commercial battle of all against all: for SOL to be in higher demand than AVAX, users have to be enticed to use applications developed on top of Solana rather than on Avalanche, and ideally the applications on a blockchain should not be available on any other blockchain, so users get corralled into buying one token and one token only (if possible).

However, for application developers ("smart contract" writers), the imperative is the exact opposite: they would rather capture as many users as possible: those of Solana AND those of Avalanche AND those of Ethereum ... It is in their best interest to be "blockchain-agnostic" and be able to offer their application, with minimum effort, on as many blockchains as possible. As they have the direct relationship with the users, they are going to get their way ... right after they got the funds from one of the blockchain "foundations" ... And the blockchain boys are going to slip "out of sight, out of mind" and become a commodity, like the IBM PC compatible machines ...

Hive doesn't have money to splash around as the big guys, so it has difficulties in attracting the best developers. However, technically speaking, Hive is to the Ethereum clones what the Motorola 68000 was back in early 90-ies to the x86 imitators: a technically superior architecture. Hive is (wisely, if you ask me) not even offering smart contracts (so perhaps it should be compared to a RISC CPU architecture, more like the PowerPC CPUs). Yet if we don't want Hive to go the way of Motorola, what we need is: