Gattuso Defeated Sarri in the Final of the Copa Italia. 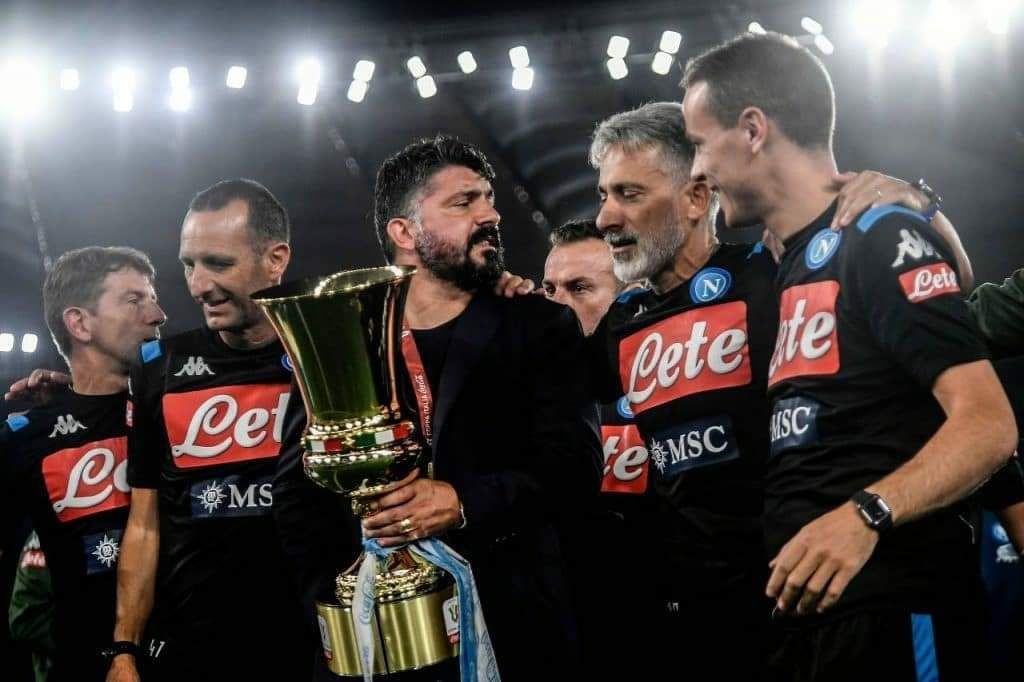 Gattuso Defeated Sarri in the Final of the Copa Italia.

Napoli defeated Juventus in the Copa Italia final on penalties after the two teams drew 0-0 in normal time, the match was held at the Olimpico Stadium (Rome) on Thursday, 6/18/2020.

In the drama round of penalties, the failure of Dybala and Danilo helped Napoli to the throne of champions. Thanks to the victory, I Partenopei won this trophy for the sixth time in club history. Napoli defeated Juventus 4-2 in a penalty shootout.

Juventus dominated the game early in the first half. However, there is still no dangerous opportunity that Maurizio Sarri's forces can create.

Entering the 24th minute, Napoli almost led if the effort made by Lorenzo Insigne was not thwarted by the goalpost. 0-0 score lasted until halftime.

Back from the locker room, the game hasn't changed significantly compared to the first half. Napoli get a series of opportunities that still fail to bear fruit into goals.

Entering the penalty shootout, a huge burden borne by Juventus when Dybala and Danilo who acted as the first and second executioners failed to fulfill their duties perfectly.

Napoli were entitled to come out as champions after the execution of Insigne, Matteo Politano, Nikola Maksimovic, and Arek Milik successfully broke into goalkeeper Gianluigi Buffon.

This failure makes Maurizio Sarri in a difficult position, the quality is doubtful. This defeat feels even bitter because Juve failed to win the Supercoppa Italia before. Sarri's quality was also doubted, because Juve should be able to reap the victory as easily as in previous years. Sarri could not hide, he admitted defeat was disappointing. Juve failed to meet the expectations of fans who have not cheered watching football.

"We have difficulty passing opponents in a one-on-one duel. Our team was built with individuals who can do that well. I think our problem is not on determination, because we really concentrate for 90 minutes," continued Sarri.

This victory is unique to Napoli. Gattuso coached Napoli, former club Maurizio Sarri, a coach who has never offered a trophy during coaching Napoli and now handles Juventus. This trophy feels special to Gattuso personally, who was his first trophy as a coach. This is proof that Gattuso is not a young coach carelessly, which might make AC Milan regret having fired him.