Although subjectively downvoting posts to zero is anathema to me, the Layer 1 ability to do so must remain (for now at least)

I started this post as a comment to @ura-soul’s post requesting clarification as to whether accounts upvoting his posts were auto-votes (because at least one of the whales downvoting his posts was claiming that as the reason). However, by the time I finished explaining my thoughts (in addition to directly answering his question), I realized that my explanation might be better served as a stand-alone post, so here it is.

Here was my response to @ura-soul regarding the ‘problem’ raised by his post (i.e. subjective downvotes):

The notion that a whale (or group of whales) would downvote your posts to zero because of presumed auto-voting is utterly ridiculous, imo (like this post, which generated tons of engagement, but was still DV'ed to zero).

Quite honestly, all this disgusts me.

However, despite my disagreement with those actions (and my disdain for those who promulgate them), I am resolved that the Layer 1 'feature' that allows such actions must remain (as a feature on Layer 1, that is), at least for now.

The downside to such behavior is that there is no way you can win against it (on Layer 1). As soon as one or more HIVE whales start DV'ing your posts, then it becomes costly for your supporters to continue upvoting you (because their curation rewards get zeroed out along with your author rewards).

So, there is an action by the DV'ers that costs them nothing, but costs you (in rewards that they claim were never really yours, which is technically true) but their actions also cost your supporters, and cost them curation rewards that REALLY WERE THEIRS (or at least should have been).

And, the DV'ers can continue this ad infinitum because it costs them nothing. The fact that it costs your supporters means many of them will stop upvoting your content (to stop incessantly losing their curation rewards). This is why such action is so disgusting to me -- it penalizes your supporters until they stop supporting you (or just keeps penalizing them, if they're stupid enough to continue throwing their curation rewards away).

I will be posting a more detailed explanation about my thoughts on this topic, and will link to that post here after it's published. (HINT: The answer to this problem resides on Layer 2, or at least it will shortly.)

In the meantime, I wish you the best in your fight against this abusive behavior; however, imho, you will be better off doing whatever you can to appease them rather than fight them or try to argue with them; they sincerely believe they are the 'righteous' ones. Nothing you or I say will convince them otherwise.

Below is my expanded commentary on the situation.

@dwinblood wrote an excellent post a while back explaining why DV'ing to zero anything other than plagiarism or fraud is malicious and that anyone who participates in such action has zero credibility (well, those are my words, not his -- read the post and comments to get his perspective).

My advice to those on the receiving end of subective DVs (such as @ura-soul) is to stop focusing your efforts primarily on Layer 1 and find some Layer 2 tribes to engage with (or create one of your own). Then encourage your followers to join you. Of course, they will, indirectly, if they comment on your posts and you upvote their comments -- they will get rewarded with the Layer 2 token(s).

I have been active within the proofofbrain tribe since its inception. It has its own subjective-DV problem (with at least one whale willing to DV posts to zero based on subjective disagreement). Although my attempts to change the ‘community rules’ to ban subjective downvoting was rejected (twice, actually), I will be launching a Layer 2 token in the coming weeks that will be complementary to POB, and will handle malicious behavior using the Layer 2 mute function rather than DVs. This will give folks a realm where the only action available to whales who dislike you is to ignore you.

However, it is important (for @ura-soul and others) to realize that Layer 2 (i.e. Hive-Engine) tribes and tokens are not at all decentralized, even if they claim to be. One hundred percent of the control over the issuance of the token, inflation rate, tribe-wide muting, etc. is at the mercy of the issuing account (see this excellent post by @themarkymark for more details about the risks involved).

Personally, I believe there will be a strong demand for the alternative I am about to launch. If I am wrong, though, I will rest easier knowing that I did my part to instantiate a potential solution rather than just complaining about the status quo.

In closing, I think it is important for folks to understand the fact that Layer 1 needs to be structured a certain way in order to ensure account-level censorship-resistance (i.e. when someone follows your account, they will forever and for always be able to view your posts, unless and until THEY or YOU choose to sever that connection). @theycallmedan did an excellent job here explaining why Layer 1 needs are inherently different from those of Layer 2, and why it is important not to confuse the two:

On a scaled layer 1 that is censorship resistant, you can then build layer 2 apps with various governance models. The key point is, on layer 2, you no longer need to worry about censorship resistance of the base layer, IE your metadata (account, community list, etc.) ... [because that feature is an integral part of Layer 1]

That is why there should NEVER be a Layer 1 system-wide mute function (analogous to the Layer 2 tribe-wide mute function). And, that is why DVs are a necessary feature for Layer 1 (unless and until a more creative way to combat plagiarism and similar forms of abuse is demonstrated, which will undoubtedly need to happen somewhere on Layer 2 first -- so that it gets tried and tested and pulled and stretched first).

So, with all that said, as much as the “subjective downvoting” @ura-soul and others have been complaining about disgusts me, the capability to do so is woven into the cloth of Layer 1 and cannot be removed (at this juncture) without damaging the cloth itself, which would not be in anyone's best interests.

This might be a hard pill to swallow, but it is what it is (for now, at least). 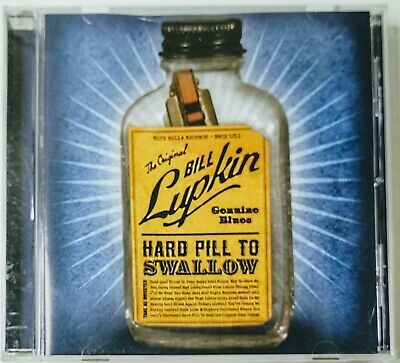