The Ascension To The Throne 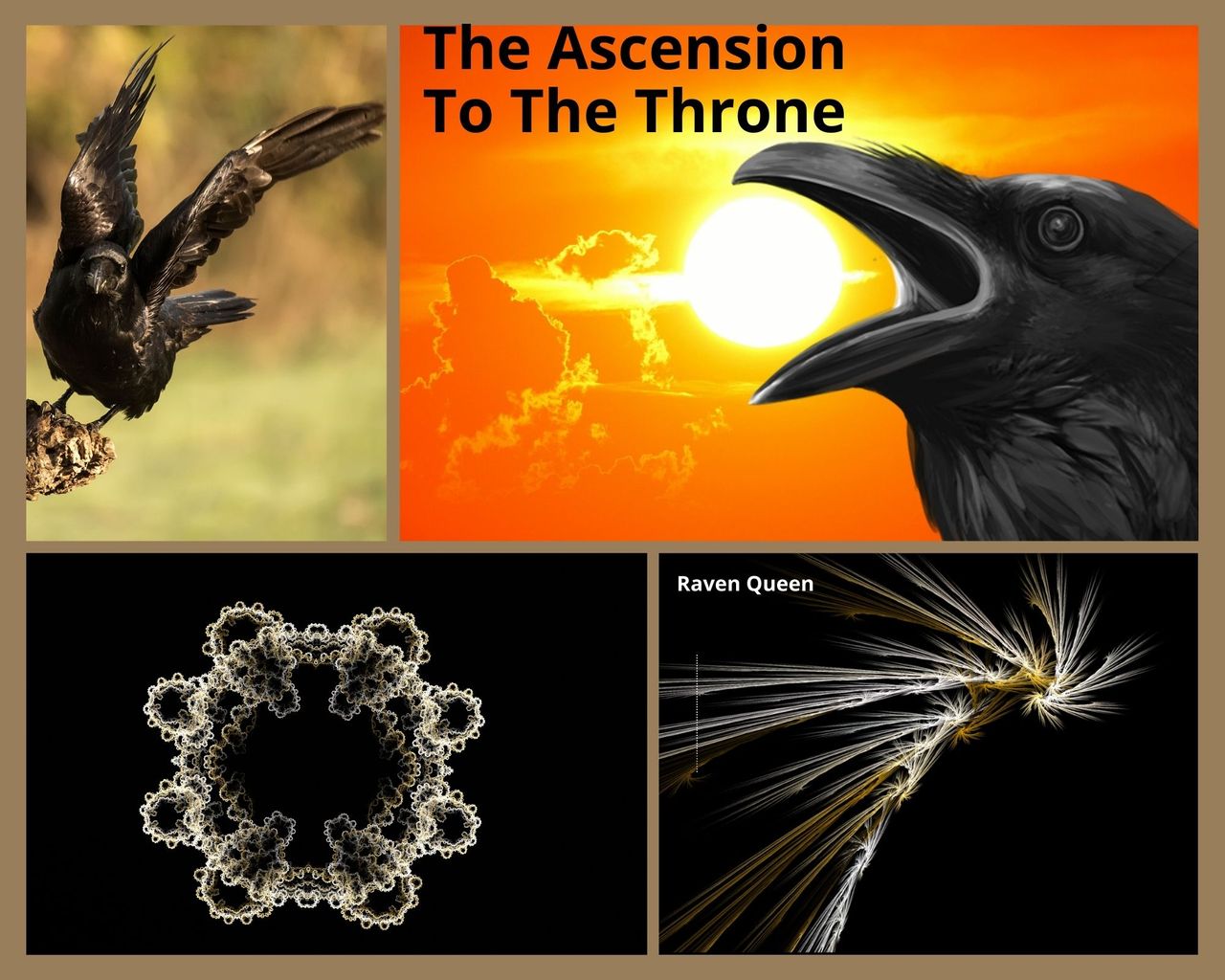 "Very well, Love. But it's a human hatchling. If it lives, it will grow to be many times bigger than any bird. And you know how dangerous humans are."

"Are you suggesting that we should let it die, Razor?" she asked, cold fury in her voice.

"Of course not, my queen. I was merely saying, we should return it to its own kind. It's already crawling around. We could simply attract its attention, and lead it towards other humans."

"This is true, we could return it if we chose... It would be a long journey for it, but not impossible. I have another idea, though." The queen of all ravens replied thoughtfully.

"You are the wisest amongst us, and as your king and mate, I will support your decision."

"As you said Razor, when this hatchling becomes fully grown, it will be dangerous. But not necessarily to us. As the bravest and boldest raven that ever lived, you yourself are dangerous. But only to those who would harm us. Yes, you are the only raven alive today to have killed an eagle. But you only did it to try to rescue our son. I know you to be the kindest bird I have ever met."

"But this lost hatchling isn't a bird at all." he pointed out reasonably.

"No, but it is still a hatchling. It has the potential to be a force of great good. And I feel like I will probably never have another brood of my own. With only Prince Blackwing hatching, and that eagle's talon piercing his little heart..." she said, mournfully.

"If you want this human hatchling so badly, you shall have it, my love." Razor said, still blaming himself that he hadn't been able to save his son.

"Now how do we get it in the nest..." mused the wise raven. After many rejected ideas, one of them so wild that it even included rope, she concluded that the only safe option would be a nest on the ground.

"I've seen them before. Ground dwellers make them for their young. They even have a top cover - to keep out the rain." she explained, beginning to warm up to the idea.

"What about predators?" asked Razor, still secretly hoping she would change her mind.

"That's a concern anywhere, even in a tree. We will appoint guards in the area, the hatchling will never be unguarded." Goddess replied, determined not to lose another chick.

"Very good. But what will we feed it?" asked the still unconvinced Razor.

"I have been to the human gatherings, they like the same things we do. I'll just have to steal from them more often, instead of looking for food in the forest. A human hatchling probably needs food from its own kind. I don't mind, it's my favorite too." she said, with a gleam in her eye.

"Mother, I don't want to leave. This is my home!" pleaded the beautiful human girl, her jet black hair blowing in the soft breeze.

"Raven, I was already old enough to be a grandmother many times over when I adopted you. Now that your father has passed, I need to prepare you to be queen before I must go as well. You are my only heir."

"Then let me stay - teach me?" she begged between sobs.

"My love, I have already taught you everything that I know. You speak the language of every animal that we have the ability to communicate with. Unlike me, you can also speak the human language. My voice just refuses to make the right sounds... You know our culture, and my vision for the flocks. You could surpass me as The Raven Queen even now.

But if you will do as I request, and learn more about your own kind, you will be the ultimate protector and ruler. I told you this day would come. It's why I named you Raven. You are a raven, and I never want you to forget it. But you hatched from humans. If you go to them, you can learn how to protect your kingdom more effectively."

"I will go... But can I come back to visit every so often?" Raven asked, sniffling.

"That's not a good idea, others may follow you. I will be waiting for you, when the sun is at its highest in the sky, over by the stone horse and human. Where we went to find sugary food last summer. It's two days walk for you from here. Do you remember the spot?" asked Goddess.

"Yes... I will be there as often as I can. I love you, Mother." choked Raven, as she gently kissed Goddess. Then she turned around, to walk away from the only home and family she had ever known.

After three years among humans

Raven sat by the statue, waiting for Mother to come have lunch with her. It was the highlight of every day, rain or shine. Soon she saw a black dot, which steadily grew in size.

She smiled happily. "I have some vacation time coming, I think I will talk to her about a visit. I just want to see home again!" she thought to herself, almost excited enough to jump up and down like she did when she was little.

As the bird approached, she noticed that it wasn't Mother. "I hope she's feeling well... She's never sent anyone in her place before." pondered Raven.

As the bird she recognized as Diver landed, he hung his head sadly. "Hello, Your Majesty. Queen Goddess is very ill. She requests that you return home for the crowning ceremony, and ascend to the throne. Her last wish is to see her kingdom passed on to the next generation - as has been our tradition since the beginning of time..."

Cover image made in Canva. Using their gallery for the top two images. Fractals on the bottom are my own original work, which Raven is welcome to use should she want. I will send her the originals in full quality upon request. Happy birthday, Raven 🙌