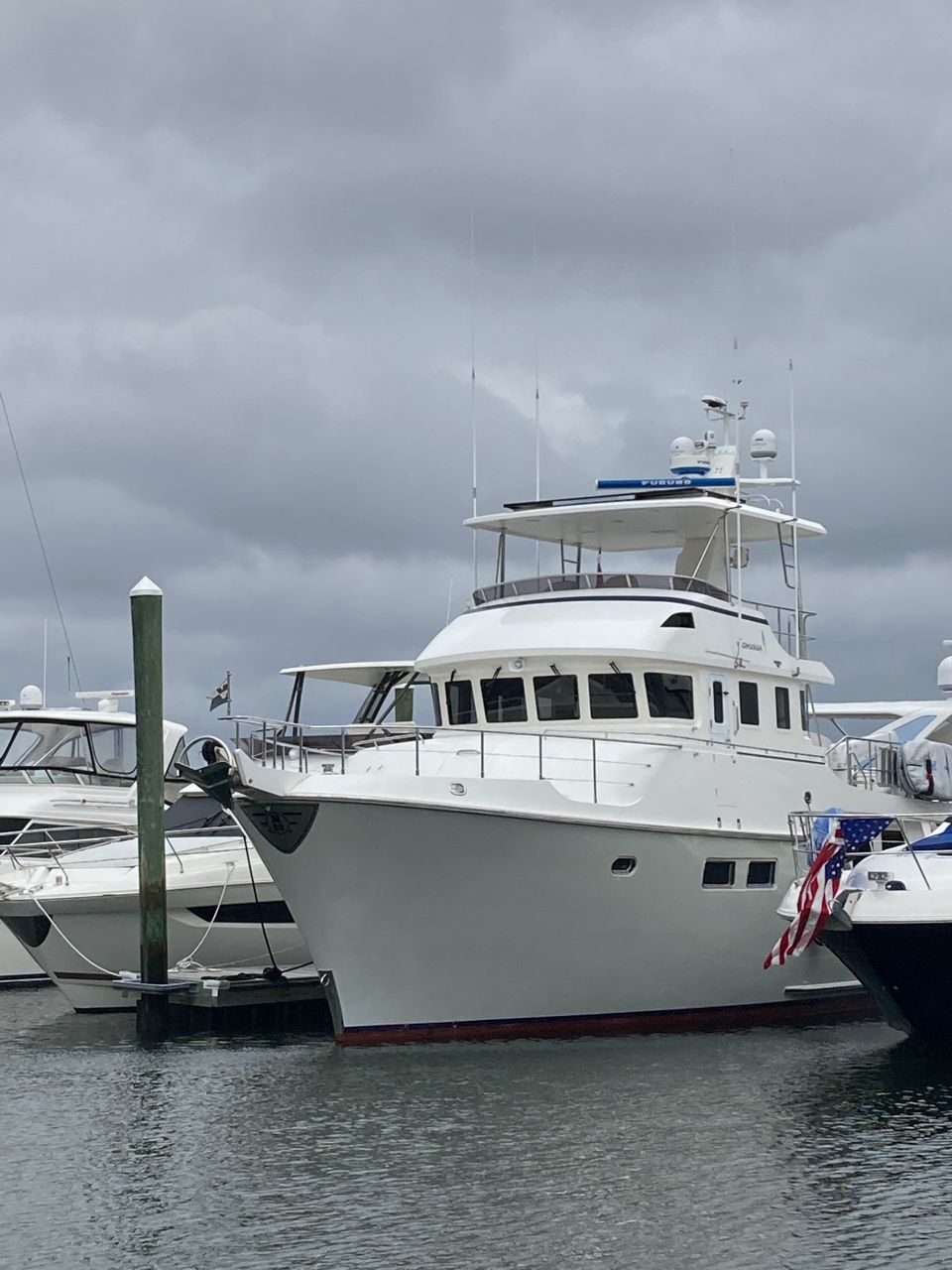 It was hard at first. I knew nothing and I could sense growing frustration in her. Soon, tho, I was learning. Line handling I was good at, watch standing I knew barely something. Navigation? Planning? I had heard of it. Her? I was so completely unaware of what I simply did not know.

Odd, we’d only just met, and I HATED to disappoint her. I was proud of my line handling. Seamanship? I hated to see it, but, clearly she was let down. There was a hidden anger, maybe. Disappointment, too. I seemed to always disappoint her. Basics?


Port and Starboard, Forward, Aft, fine. But navigation? Wind and waves? Current? Finding drift, and time over ground, and plotting? I could see it in her eyes. She kept reminding me, we were heading out where the ocean is deep. She said, “There are giants out there in the canyons, and a Good Captain can’t fall asleep.” Always talking about the future… always quoting songs... was that William Martin Joel? ...and there was a mix on her part, there. Can’t tell. Sadness? Anger?

One thing I could do, was cook though. She loved it. Much of her praise was for my amazing Yia Yia. She simply adored her, even though they never met! She loved that my grandmother raised me to take command of the kitchen. Although, on board, we never called it Kitchen, it was the “Galley.” Me, in the kitchen? Always took away that look (anger? Sadness?) And brought a smile to her face; Not just her mouth, but her eyes smiled, too.

I learned about the weather, too, and some of that helped me in the galley. Planning a meal, looking at the weather charts, seeing if it was safe outside. Days out, and we were expecting rough seas. So, that meant cooking now, for easy to reheat meals. Easy to eat meals. Sometimes it meant more sandwiches. Sometimes, it meant grabbing snack bars. But we lived for those sumptuous meals in the cabin, laughing about our day.

Somewhere offshore of Costa Rica, and the Galapagos, I noticed it. Tension. We’d be moving, and no matter how big a Yacht we were on, I would turn around and she would be bumping into me. Those early days, I am not sure if I ever really was NOT blushing!

That tension, I couldn’t tell, was she mad? Or upset at me?

As I walked along the docks, back toward her, I could see all the other boats. I’d judge. I was looking at other boats, with her eyes, now. I was looking at hatches, and hatch covers. I was looking to see dinghy’s tied down and secure, or not. Rigging taught? Were all the running lights in order? Little details that I never saw before. Lines coiled and flaked just so…

Then
That tension built. Some was my own frustration. Here I was, I thought, crew, and yet she was driving me hard. If I wasn’t sitting watch, I was learning to read weather charts. I was learning about basic navigation, and advanced seamanship. Some of it was clearly coursework. She was a forger Coast Guard instructor. Some of it was simply learning from her, and doing it her way on deck. Classes! I thought for SURE, I was done, with classes. But no…

She was always over me, driving me harder to get it right… NO mistakes.
And I hated to disappoint her. I lived for her smile. And getting it wrong did NOT bring out that smile.

“NO! Come ON! You know this… magnetic deviation? It’s right there on the chart! COME ON. Slow down and think… it’s not a trick, it’s all right there in front of you! We don’t have time for…”

I’d stumble over seemingly simple things. And more, she would get upset. Finally, during one session, I finished taking the test. I handed it to her, and she sat at the table in the pilot house. I took over the helm, while she went over the test. I’d look over my shoulder and see her, brows furrowed. Slightly shaking her head. I was hoping against hope a giant wave would swallow me, so I wouldn’t have to face her, when the grading was done.

“Well… that it’s it then.” She pronounced, and stood. I turned in the helm chair, and faced her, eyes down, “Look at me!” She was always in command.

Suddenly, she moved close to me, almost nose to nose, and whispered, “You passed.” So softly. So quietly, she roared. Wait… what? I what?

She moved ever so slightly,. And our lips were touching, barely
She kissed me, “I am so proud of you…” her voice trailing off.

“Is the autopilot set?” It was. She took in all the instruments, and then, reached a hand to mine. I rose, and took her hand, following her to the bench behind the pilot table. She put her hands on my shoulders, and sat me down, her standing between my thighs, and she moved, once again, to kiss me.

It may have been hours, days, or only 30 seconds, I have no idea. She had the softest, sweetest kisses. It was all we did for the rest of the afternoon.

I know this much, she was not mad or disappointed then.

Now
I loved meals, on board. I love planning for meals. In making my run to the stores, I planned meals based on the schedule. I knew I would be making meals one day a week, and packing them for 4 or 5. I’d make fresh meals one or two days week.

Then
The tension eased, with those kisses daily. It was something we did now. Stop, and kiss, when we moved past each other. But when she wasn’t looking, I saw her face change. Her expression dropped, to something… different. When I knew she wasn’t looking at me, I could see it, I just didn’t know what IT was.

I was new to both expedition trawlers and to her… so, was it some inherent tension about the trip across the Pacific? Or, was it something else? Was she mad at me? Did I do something wrong? At the time, I was barely 18, and my experience with women, was, well, limited to 18 year old girls. Frankly, I was in over my head, and barely keeping my head above water!

We’d just set out west, towards the open ocean. She had said, she finally felt we were ready for the sea and the big crossing. The first part of the journey, weather was good and a following sea was forecast. That meant, winds behind us, and the seas pushing us a little bit faster. We were averaging a good Ten knots, plus. I was smiling.

Now
I remember that first time, I knew. Her face had dropped and she repeated it, “We don’t have time for…” She always cut herself off mid sentence whenever she started to say this.

This was amazing. The wide sea. The air. The fun! I was smiling. And then, I wasn’t.
She snapped at me, for of all things, an open drawer, not quite latched to the weather. Inside, were wooden and plastic spatulas, some whisks, a can opener, corkscrew, ,some other kitchen utensils. I felt lower than low, as she repeated for the thousandth time about safety and basic seamanship. And then, I saw her face drop. She got a fairway look and her mind wandered off to … somewhere.

I stood up, walked right into her personal space, wrapped one arm around her waist and pulled her too me. She was mid-sentence going on about… nothing. I put both my hands on her soft cheeks, turned her head to meet me, and reached forward, and brushed my lips on the top of her nose.

“Tell me what it is. Tell me this deep dark secret that has you so mad, and let help you feel better.” She looked back into my eyes, and brushed her lips against the tip of my nose, and started crying. We stood for what felt like hours or only minutes, arm in arm, holding each other, who knows how long for sure? Once she stopped her sobbing, her shoulders stopped bouncing in silent tears, too. Eventually even her silent tears stopped. ...She started to tell me.

This is the SECOND PART of a 3 Week Fiction Series Writing Challenge as part of the @dreemport and #scholarandscribe
To learn more, Click HERE For DreemPort Announcement

With Apologies to Songwriters: Michael Curtis / Richard Curtis / Stephen Stills. I based the journey in this story, loosely, on their amazing Song, Southern Cross 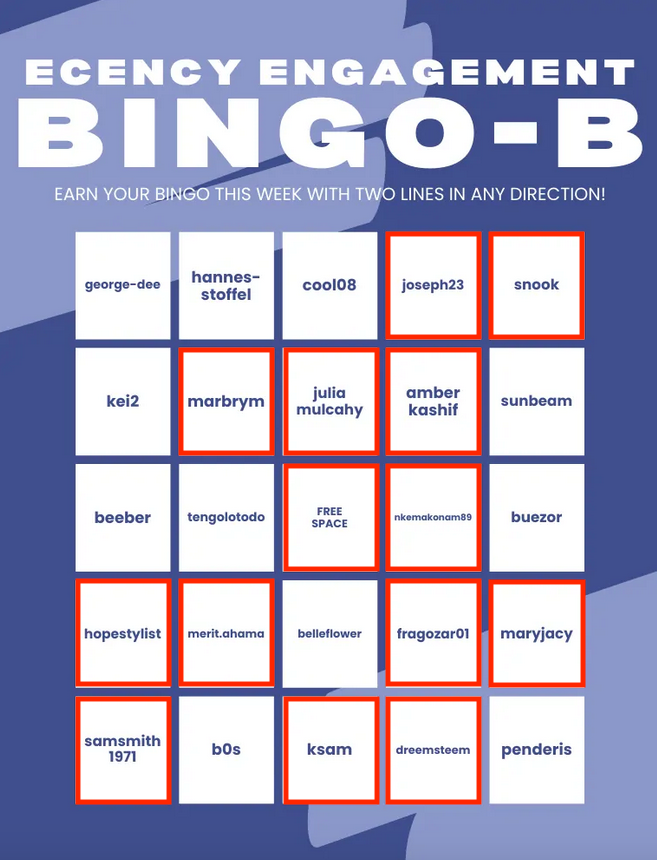 My ENGAGEMENT BINGO Card on #dreemers, and Part One Fiction for the #scholarandscribe #dreemport Fiction Writing Challenge.